Add an Event
Newswire
Calendar
Features
Home
Donate
From the Open-Publishing Calendar
From the Open-Publishing Newswire
Indybay Feature
Publish to Newswire
Add an Event
Related Categories: Iraq | International | Anti-War
Little report on the port of Umm Qasr, Iraq
by tristan
Friday Mar 5th, 2004 7:03 PM
My visit to the port of Umm Qasr, Iraq at the end of feb. 2004.

Direct Action to stop the war and other groups here in the Bay area vigorously opposed the war on Iraq. After the war started we began to focus on the US corporations that are making billions from the war. One is SSA who got the contract to run Iraq's main port, Umm Qasr. We blocked their port entrance in Oakland on April 7. Police fired wooden bullets and threw concussion grenades and injured many. I was arrested with 32 others. With charges still pending I went to see Umm Qasr for myself. My interpreter got sick and my hand was broken by thieves, and I couldnt get uinto the port but I did spend two days in the town. Most people dont like SSA and are particularly mad that they brought so many foriegn workers and now there is increased unemployment in Umm Qasr. I met many ex-workers from the port who now scrape by doing odd jobs.
The most memorable comment I heard was "At least under Saddam we had running water for two hours twice a daÿ." Now there has been no running water since the war. SSA has water at the port and it taken in tanker trucks to the town where people must buy it.
§The entrace to the port
by tristan Friday Mar 5th, 2004 7:03 PM 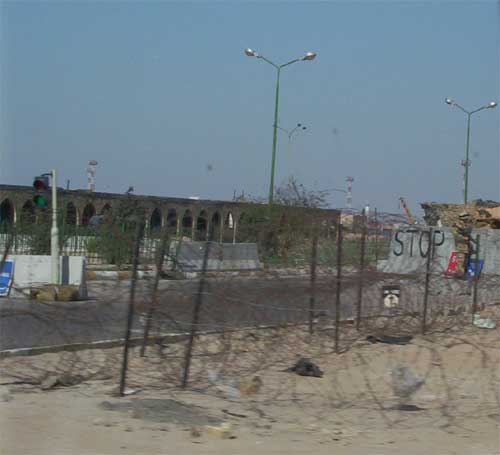 The port is gaurded by British troops. It is almost impossible to be allowed in even as a journalist
§Anti-Saddam graffitti
by tristan Friday Mar 5th, 2004 7:03 PM 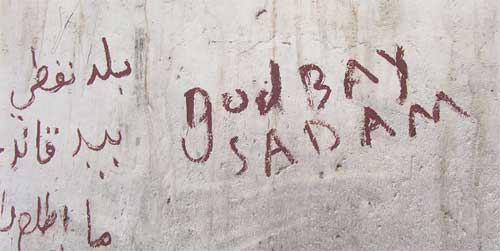 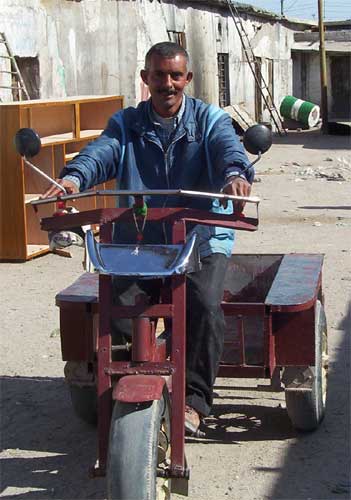 Afer 8 long years in an Iranian POW camp he was released and got a job at the port as a welder. When the war came he lost his job and now takes this tricycle around moving goods for very little money.
§Entrance to the market
by tristan Friday Mar 5th, 2004 7:03 PM 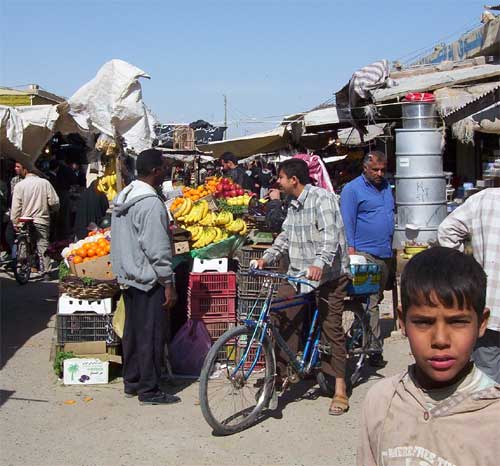 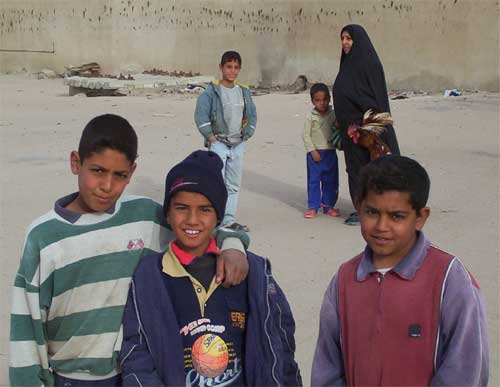 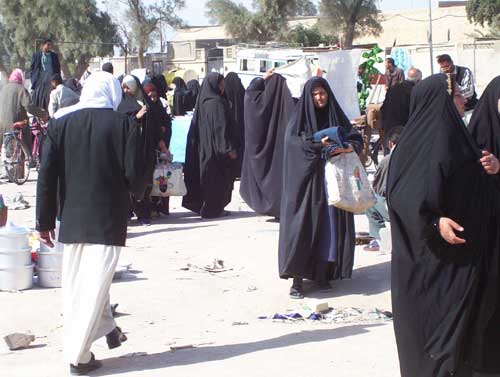 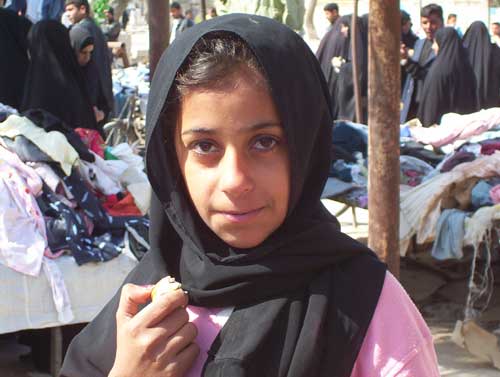