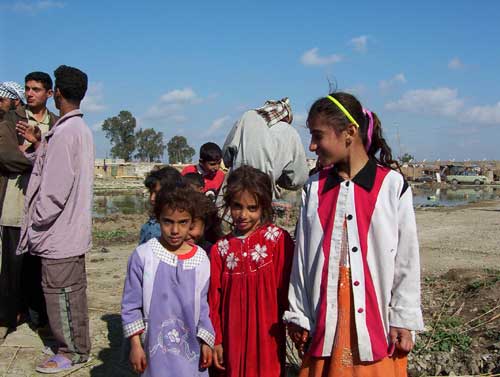 After the US bombing and war on Iraq many were left homeless or impoverished as the economic situation declined. Baghdad was filled with poor people looking for housing. These people took over a farmhouse compound that was owned by Uday Husein (Saddam's son) and used as weapons storage. It was heavily bombed during the war but a group of hundreds of desparate people moved in between the shattered walls and pools of fith. The pools of stagnant water and sewage were a constant problem and health hazard. An intenational group calkled Circus 2 Iraq came to intertain the children and was able to fund a drainage system the comunity.
§Pools of stagnant water and the digging of drainage ditches.
by tristan Friday Mar 5th, 2004 6:09 PM 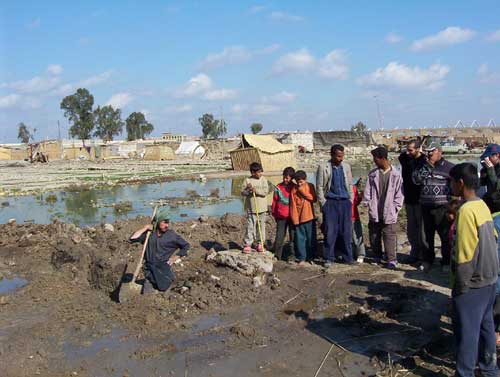 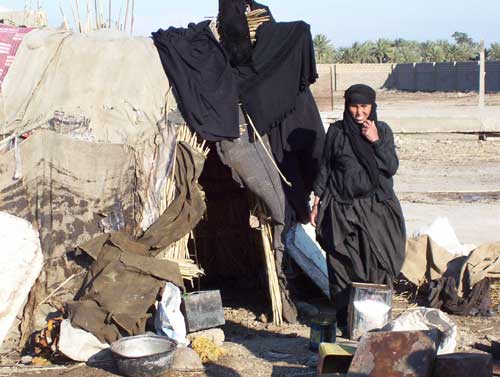 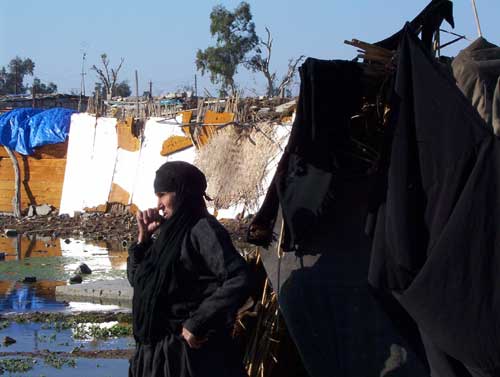 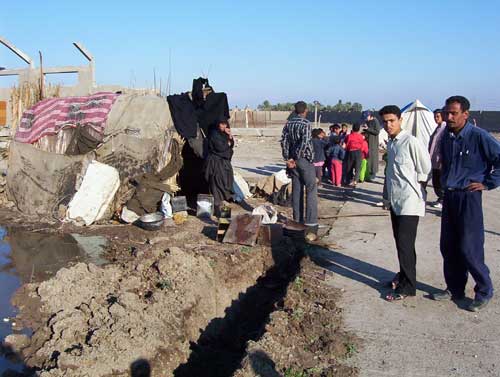 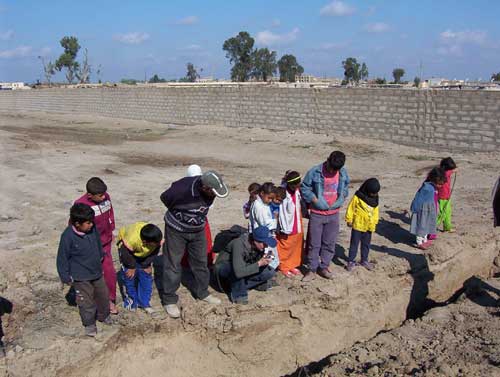