Add an Event
Newswire
Calendar
Features
Home
Donate
From the Open-Publishing Calendar
From the Open-Publishing Newswire
Indybay Feature
Publish to Newswire
Add an Event
Related Categories: International | Anti-War
Buildings bombed in march 2003 in Iraq
by tristan
Thursday Mar 4th, 2004 4:26 PM
Pictures I took in Baghdad of buildings bombed by the US at the beginning of the war. 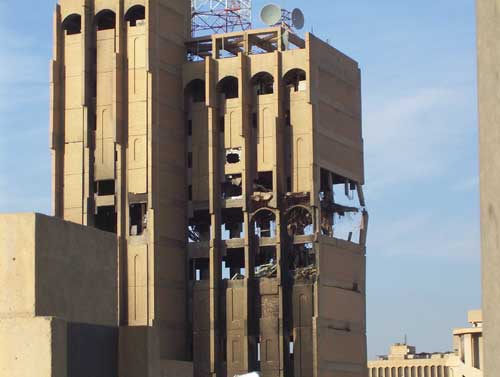 Almost all large buildings in Baghdad were bombed and many were later looted and burned. Now many house dozens of families that either lost their homes in the bombing or recently moved to Baghdad in a desparate search for work. Iraq suffers from 70% unnemployment despite the US spending billions on "reconstruction". Almost all of Saddam's palaces and parks and most monuments are now US bases. Many other building have been taken over by parties and other groups while others lie abandoned.
§bombed ministry
by tristan Thursday Mar 4th, 2004 4:26 PM 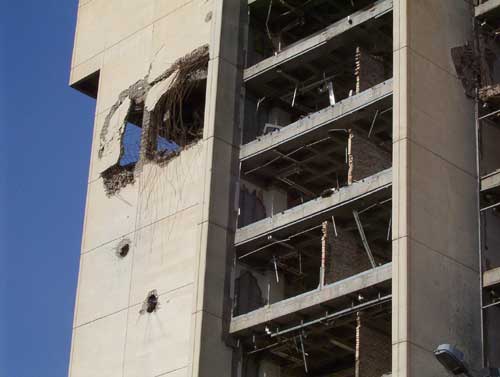 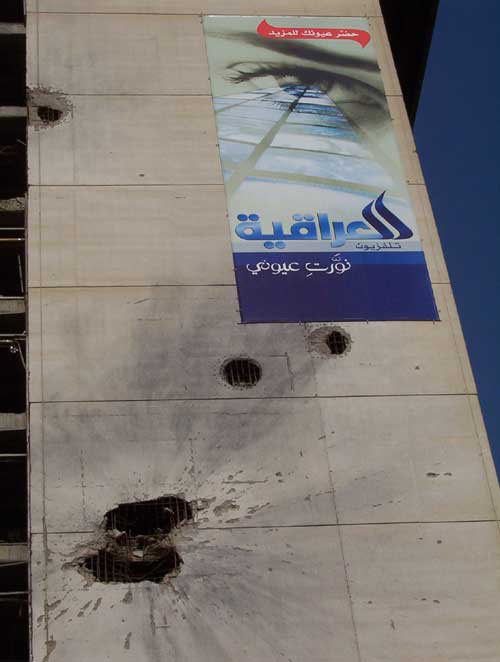 There is a huge banner telling you to watch Al Iraqia, the us army-run propaganda TV station
§Bombed house in well-to-do neighborhood of Baghdad
by tristan Thursday Mar 4th, 2004 4:26 PM 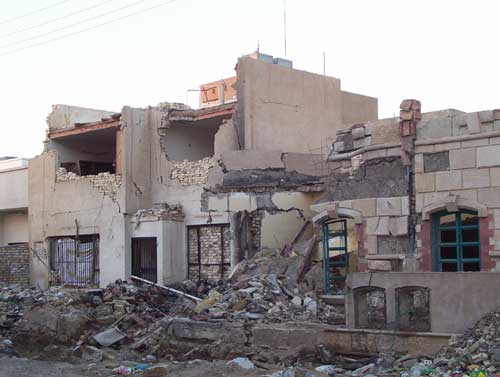 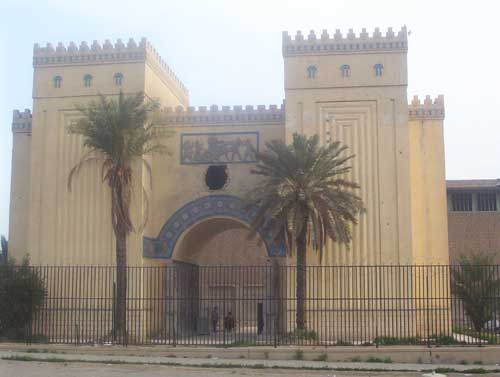 Showing shell damage and bullet holes. This is the museum that was infamously looted.
§Air Defense
by tristan Thursday Mar 4th, 2004 4:26 PM 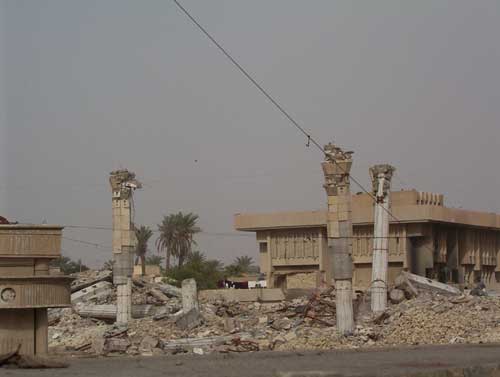 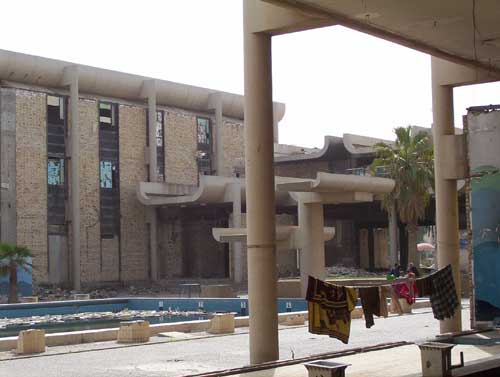 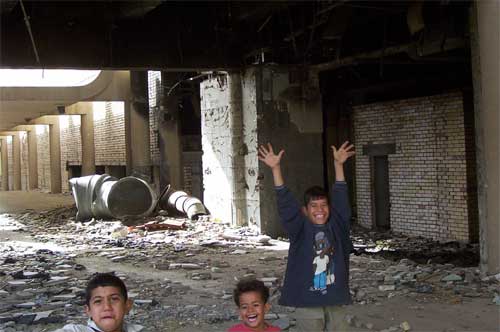 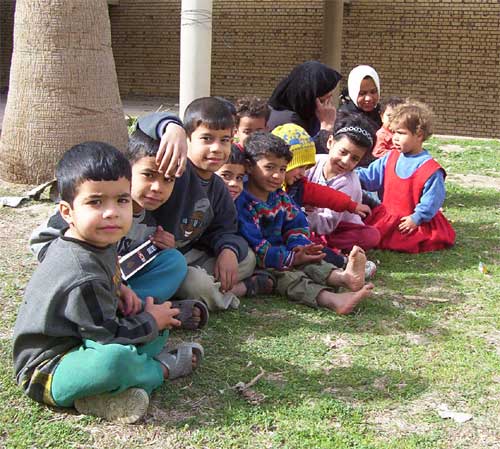 Families of squatters who now live in the bombed air defense compound
Add Your Comments
LATEST COMMENTS ABOUT THIS ARTICLE
Listed below are the latest comments about this post.
These comments are submitted anonymously by website visitors.