Add an Event
Newswire
Calendar
Features
Home
Donate
From the Open-Publishing Calendar
From the Open-Publishing Newswire
Indybay Feature
Publish to Newswire
Add an Event
Related Categories: Haiti | San Francisco | Anti-War | Global Justice & Anti-Capitalism | Racial Justice
San Francisco Protests Against US Overthrow Of Aristide and Occupation Of Haiti
by Z
Monday Mar 1st, 2004 7:40 PM
At 5PM on March 1st 2004 several hundred people gathered at Powell and Market to voice their opposition to the US coup in Haiti. 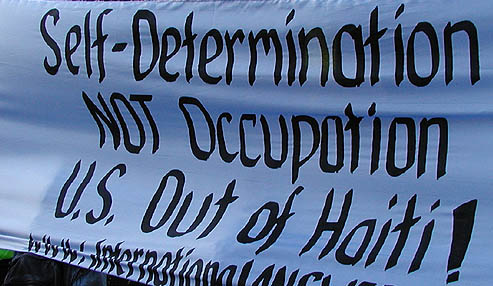 Yesterday was horrible day for Haiti and a shameful day in the history of the United States. The forced ouster of President Jean-Bertrand Aristide culminates a U.S.-led destabilization campaign to undermine and sabotage Haitiís democratically elected government. As the violence spreads in Haiti, our government has blood on its hands.

While the corporate media talks about President Aristide's resignation, it is clear that the United States gave the ultimatum and pulled the trigger. 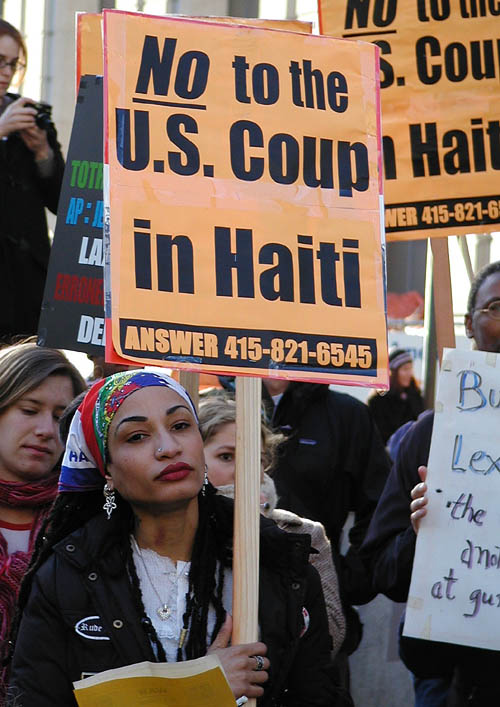 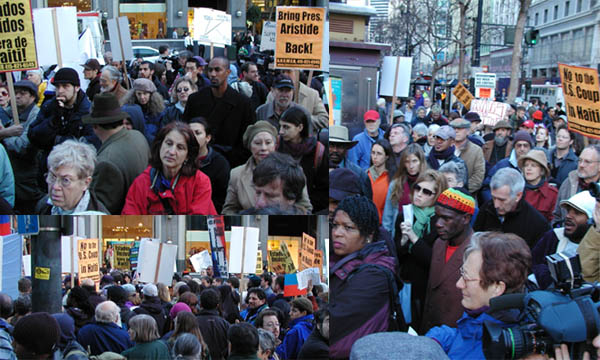 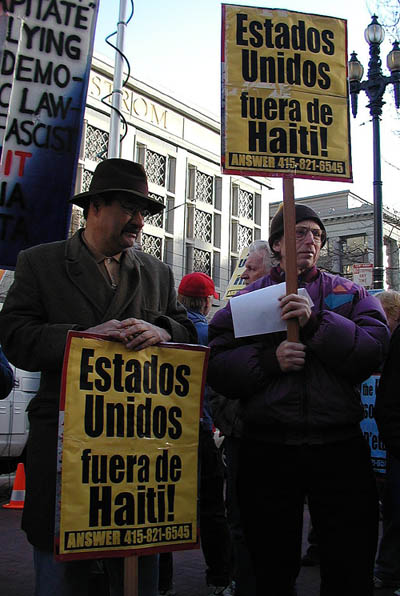 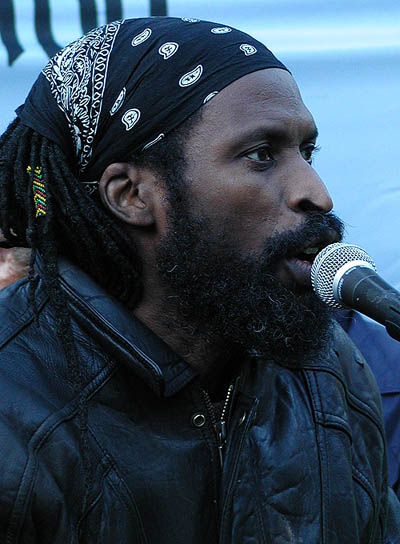 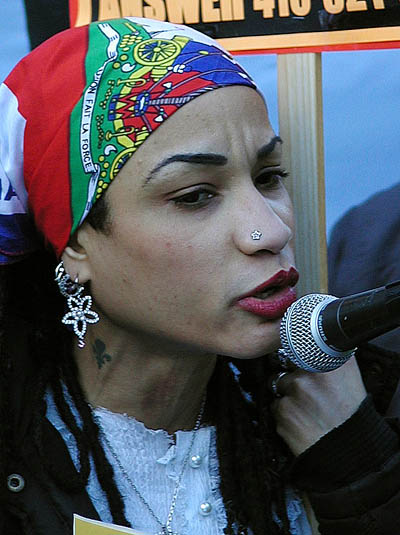 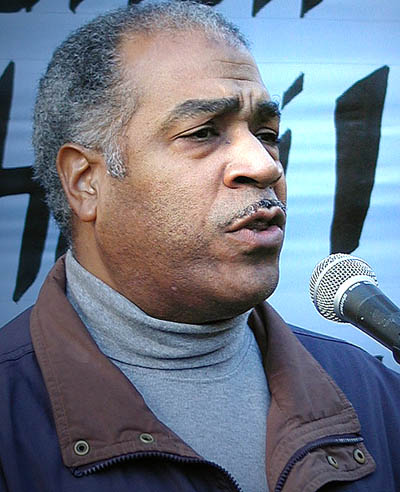 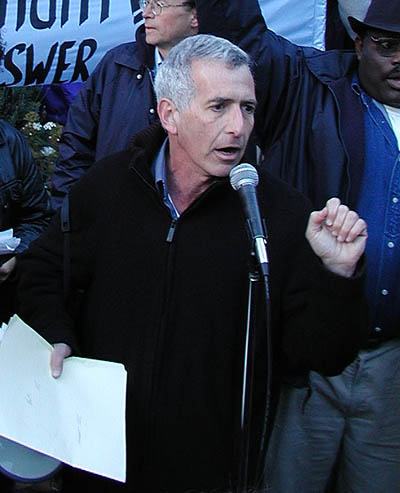 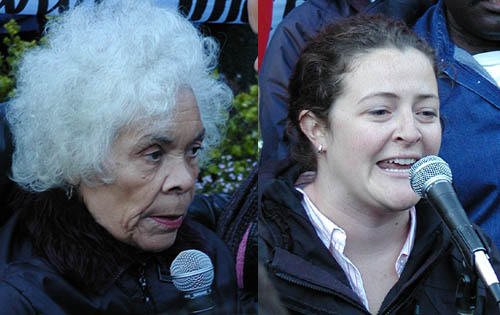 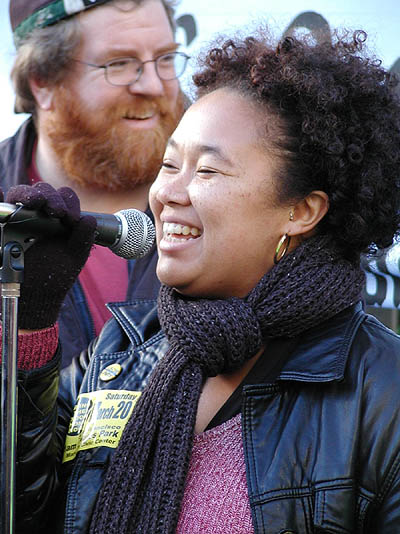 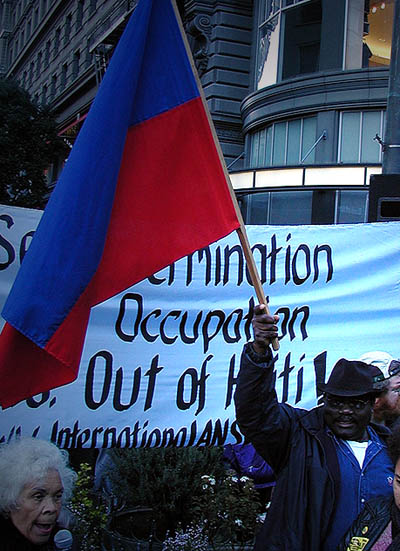 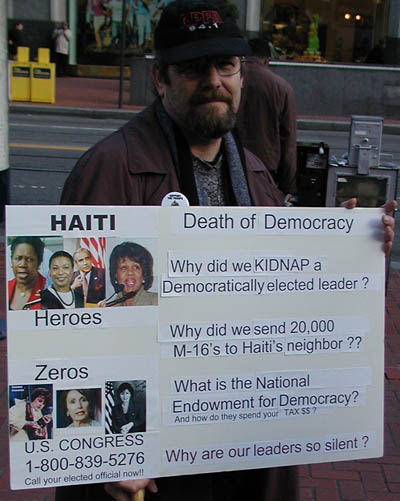 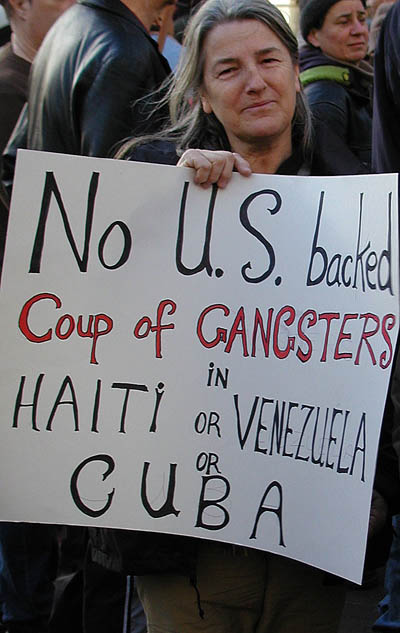 Five Questions About Haiti and the Coup Attempt
Echoes of Venezuela 2002 Are Heard Across the Caribbean
http://www.narconews.com/Issue32/article895.html
Add Your Comments
LATEST COMMENTS ABOUT THIS ARTICLE
Listed below are the latest comments about this post.
These comments are submitted anonymously by website visitors.