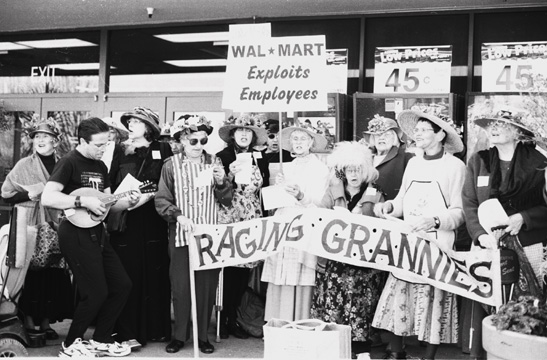 At eleven am Saturday two dozen Raging Grannies gathered in fron tof the Mountain View Wall Mart to protest the chain's stance on low wages, health insurance, sex discrimination and sweatshops. The demonstration consisted of satrical songs directed at Wall Mart and the passing out of informational leaflets to the store's customers. The manager, who refused to be identified, came out after ten minuates and ordered the Grannies to leave. The singers ignored the order and the manager left. Soon the manager returned and ordered the grannies to move down the sidewalk, they were not blocking the entrance, they ignored her again. The manager then moved to the side and watched, when asked to comment she refused. The police did not arrive and the protest continued without further incident.
§Raging Grannies
by Charles slay (slaycslay [at] aol.com) Monday Feb 9th, 2004 11:19 PM 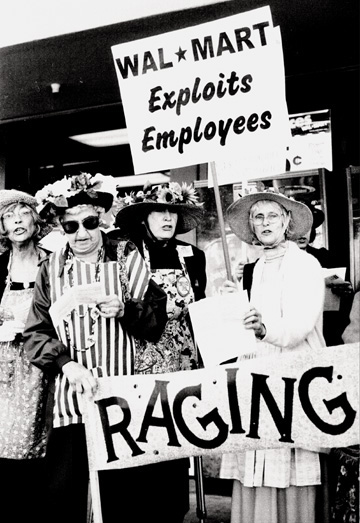