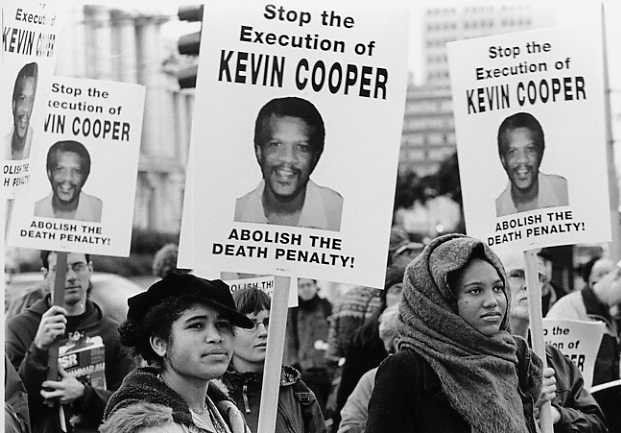 Hundreds protested at the California State Building in San Francisco on Tuesday, at a press conference in conjunction with statewide actions in defense of Kevin Cooper. Four anti death penalty activists were arrested earlier in the day for blocking the gates to San Quentin Prison. Cooper is scheduled to be executed there by the state on February 10th, despite a mountain of evidence suggesting that he is not guilty of the murders he was convicted of.

On Friday, January 30th, California’s new pro-death penalty governor Arnold Schwarzenegger denied clemency to Kevin Cooper, after refusing to hold a hearing about the facts of the case earlier that day, saying, "I can find no compelling reason to grant clemency."

On Monday, Cooper's attorneys filed a state Supreme Court appeal over disputed evidence including the fact that police ignored a confession of another prisoner, whose girlfriend approached police with a pair of bloody coveralls that he came home in the morning of the murder. The appeal also challenges the DNA testing that has been used to imply Cooper's guilt, given the fact that the evidence was removed from the lab for 24 hours by a criminologist who had previously admitted to tampering with evidence on Cooper.

In addition, Cooper's lawyers have filed a federal court suit over California’s lethal injection procedures, stating that one of the substances used in California lethal injections pancuronium bromide can result in a cruel and agonizing death.

Speaker after speaker at Tuesday's rally in San Francisco pointed out the racist and anti-poor character of the death penalty in the United States, as well as the state's eagerness to kill yet another Black man when it could easily conduct a quick and inexpensive test, at the very least, to resolve the issue of evidence tampering. What has become clear is the application of the death penalty in the U.S. is more based on race and class than evidence.

Cooper's case has garnered the support of many throughout California and beyond, including former death-row prisoner Rubin Hurricane Carter, Harry Belafonte, Rev. James Lawson Jr. of the Southern Christian Leadership Council, and Howard Wallace of Pride at Work, AFL-CIO. Full-page ads appeared yesterday in the New York Times and the San Jose Mercury News decrying the execution. The ad was signed by over 1,000 individuals, churches, unions and community organizations. Four of the jurors at Cooper's trial have asked that the execution be halted so that previously-ignored evidence can be examined.

A study released in the current issue of the Santa Clara University Law Review by attorney Robert Sanger documents more than 80 deficiencies of the California death penalty system, concluding that it fails to offer even the most basic legal and procedural safeguards for those facing the death penalty. There are currently more than 625 people on death row in California, the highest of any state.

On February 9th, the evening before the execution is scheduled, people from across California will converge on San Quentin, where Cooper is currently imprisoned, to demand a stay of execution. For more information visit www.savekevincooper.org.
§San Francisco Rally for Kevin Cooper
by Bill Hackwell (hckwll [at] cs.com) Wednesday Feb 4th, 2004 9:41 AM 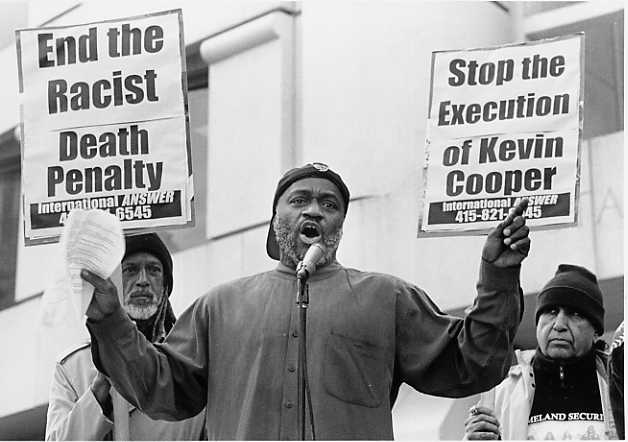 Former death row prisoner Sujaa Graham speaking to hundreds urging them to never give up on the struggle to end the death penalty.
§San Francisco Rally for Kevin Cooper
by Bill Hackwell (hckwll [at] cs.com) Wednesday Feb 4th, 2004 9:41 AM 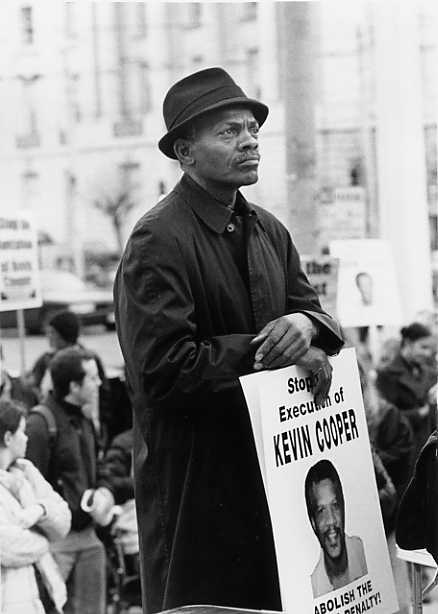 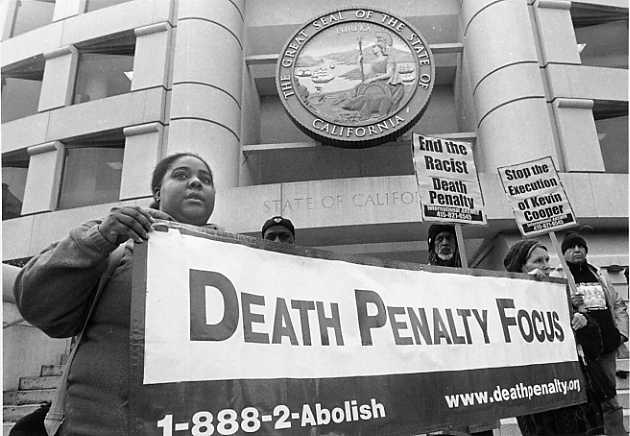 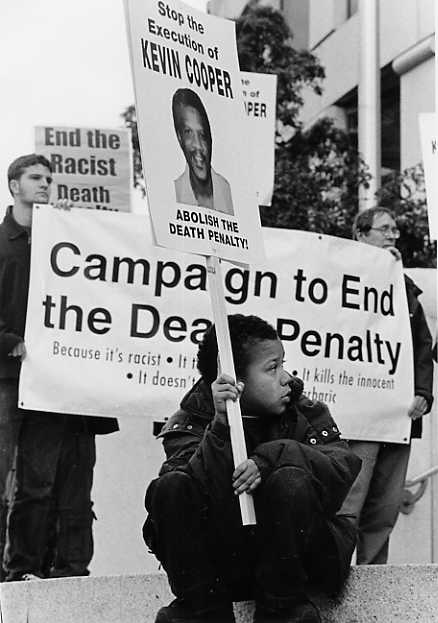 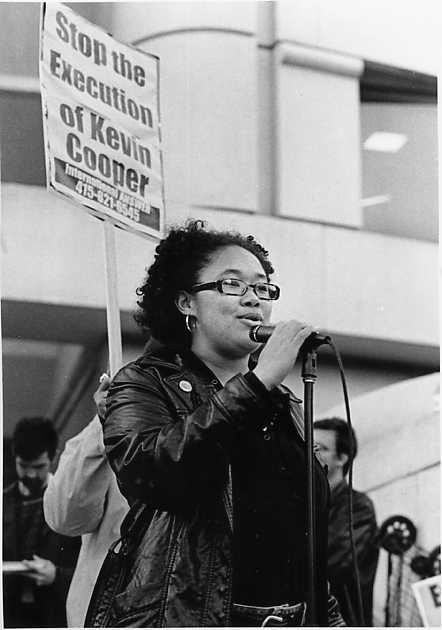 LeiLani Dowell, Peace and Freedom candidate for the 8th Congressional District calling for an end to the death penalty and to stop the execution of Kevin Cooper.
Add Your Comments
LATEST COMMENTS ABOUT THIS ARTICLE
Listed below are the latest comments about this post.
These comments are submitted anonymously by website visitors.