Add an Event
Newswire
Calendar
Features
Home
Donate
From the Open-Publishing Calendar
From the Open-Publishing Newswire
Indybay Feature
Publish to Newswire
Add an Event
Related Categories: East Bay | Labor & Workers
Pictures Of Arrests At Oakland Safeway Protest
by Z
Saturday Jan 31st, 2004 9:42 PM
Labor leaders and members of the clergy were arrested at the Sat Jan 31st Safeway protest in Oakland. As around one thousand workers and labor activists picketed in front of the store, at least 14 people sat down in the street in an act of civil disobedience. 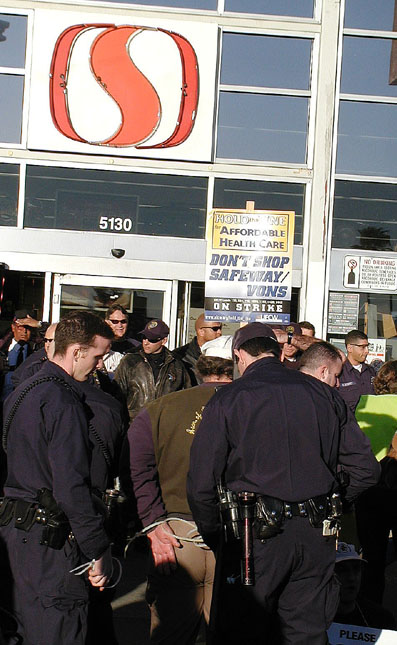 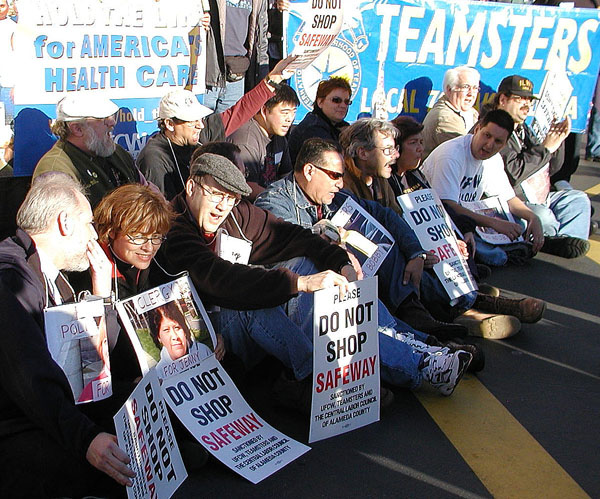 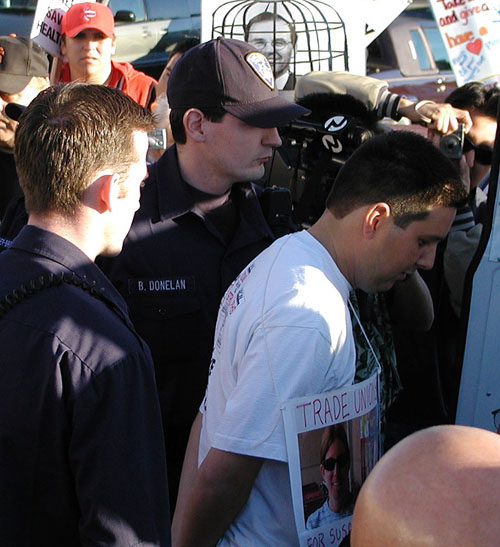 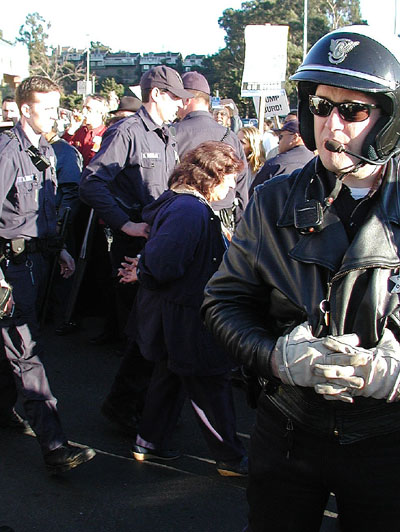 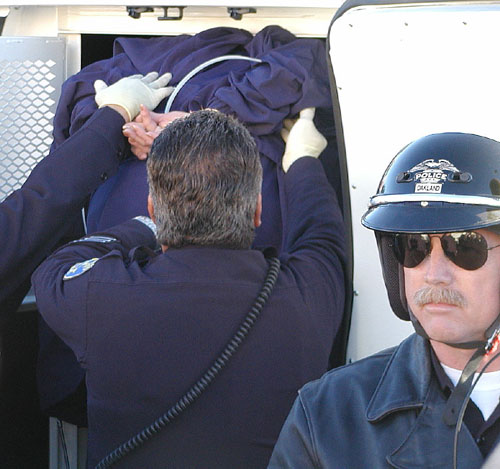 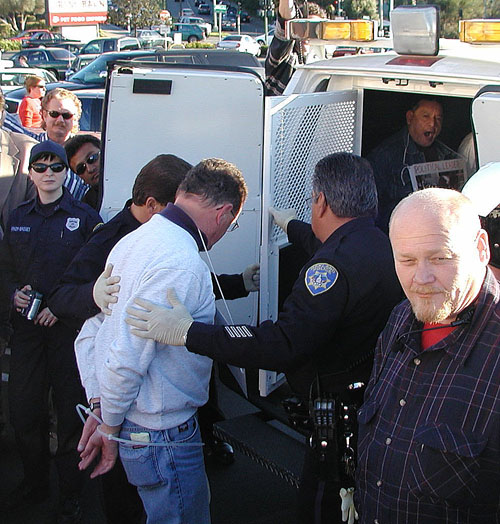 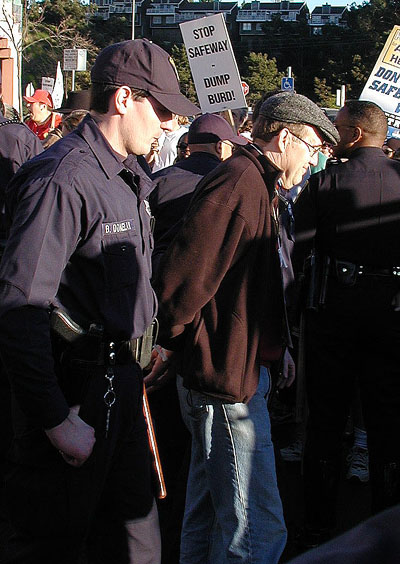 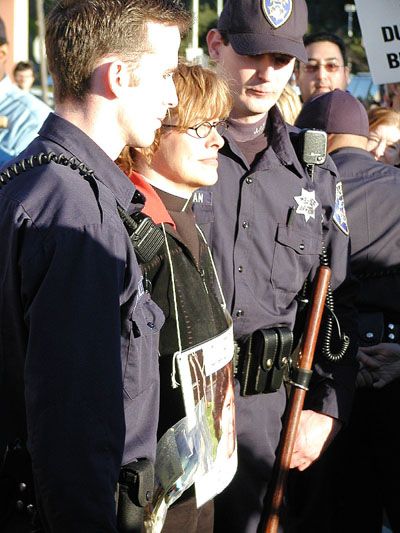 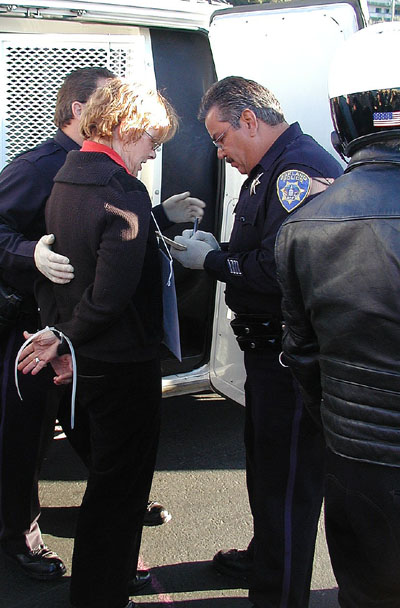 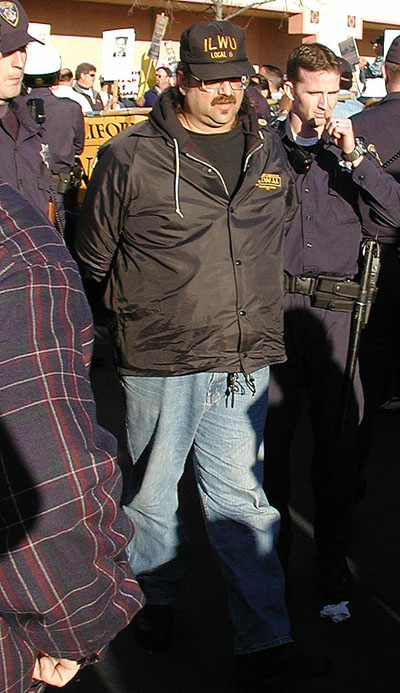 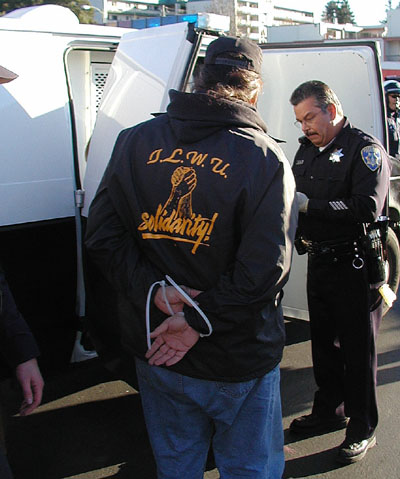 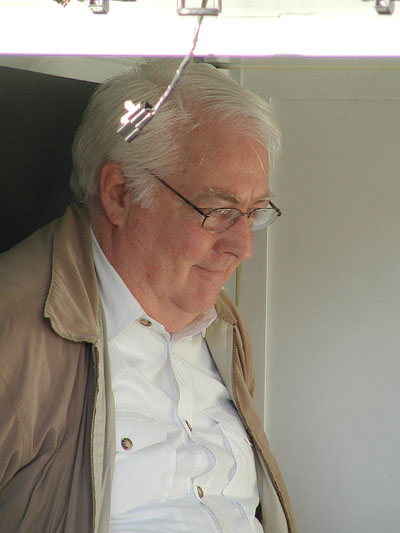 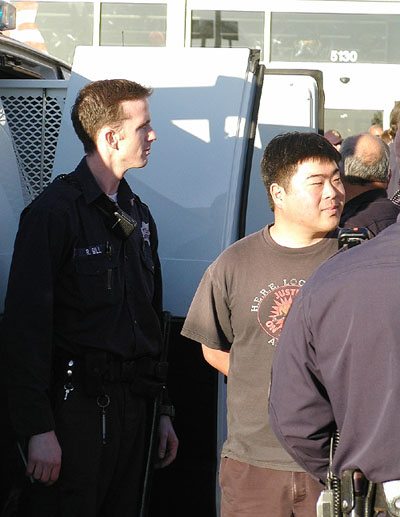 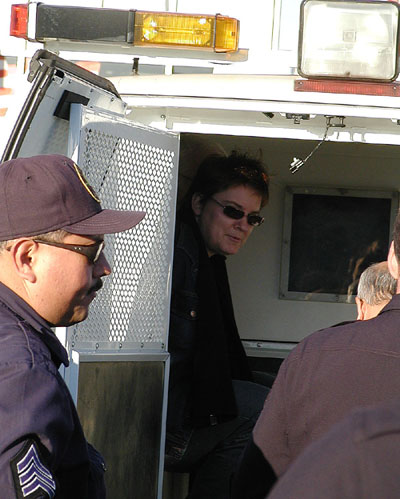 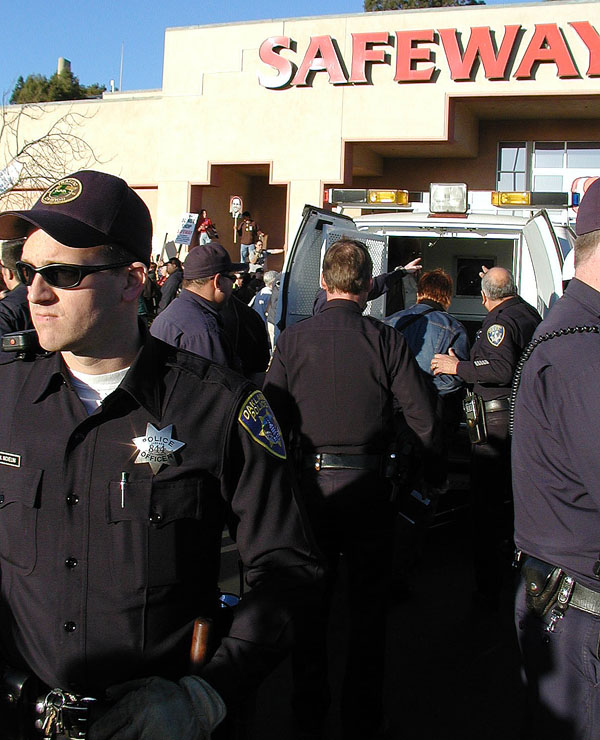 §Photo-Op for Bureaucrats?
by Aaron S.
Sunday Feb 1st, 2004 3:50 AM
Sometimes words are worth a thousand pictures. See the commentary at http://www.indybay.org/news/2004/01/1669241_comment.php for a much better idea of what was going on, and what is and has been going on with the strike.
http://www.indybay.org/news/2004/01/166924...
Add a Comment
§13 arrests at Safeway protest
by smct
Sunday Feb 1st, 2004 9:20 AM
OAKLAND -- A noisy, enthusiastic rally supporting 70,000 retail clerks on strike against Southern California supermarkets drew nearly 500 marchers Saturday afternoon and ended in the arrest of 13 demonstrators including Oakland City Council President Ignacio De La Fuente.
..
The sit-in outside the store was in some ways purely symbolic. Those arrested chose to be, while hundreds of others looked on. There were no serious confrontations and no violence, Oakland police Lt. Dave Kosicki said. Each person arrested was cited for two misdemeanors, refusing to disperse and blocking the entrance. They later were released.