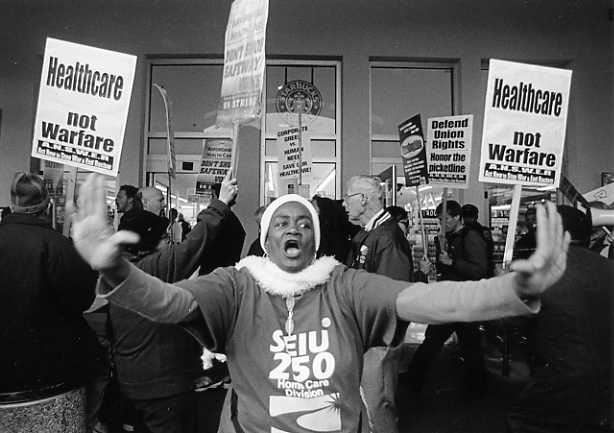 In a clear sign of growing community and labor support of the 70,000 Southern California grocery workers, hundreds of people picketed the entrances of the large Castro District Safeway in San Francisco on Saturday. The main issue in the strike is basic health care for the workers. Safeway has proposed a 50% cut in healthcare benefits that would amount to $5000 of their average $20,000 a year wage.

The spirited protest went on for 5 hours and included a takeover of the store by 30 protestors who marched through the aisles with signs and banners chanting their support for the workers. Many of the clerks working in the store stopped what they were doing to smile at the disruption. Police eventually caught up to the protesters and detained them inside the store. They were given written citations without fines and let go one by one. It was clear that the police did not want to take the demonstrators from the store through hundreds of militant pickets to waiting police vans.

The strike that began on October 11 is going through a critical phase and needs continued support against the giant Safeway chain that made an obscene 91% increase in profits in the last 5 years. 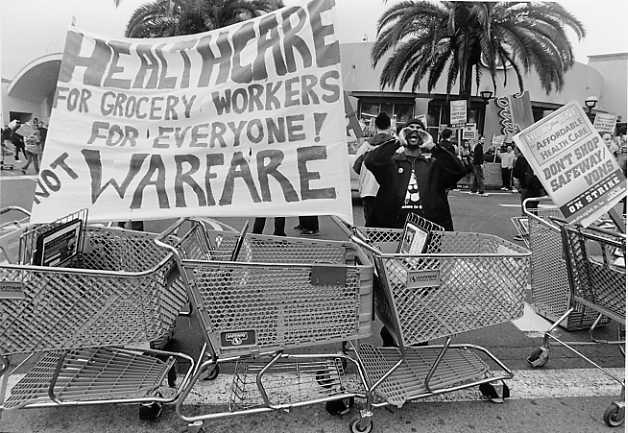 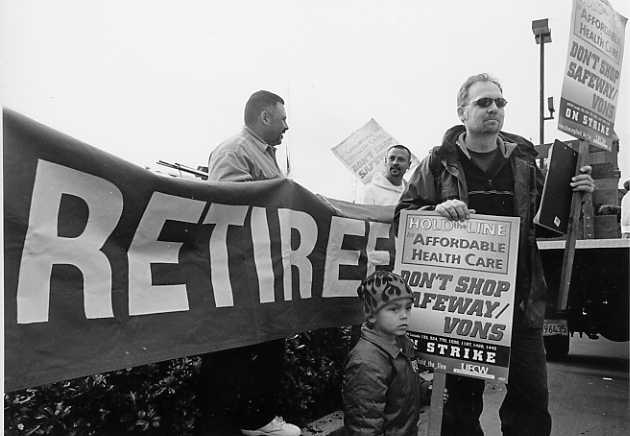 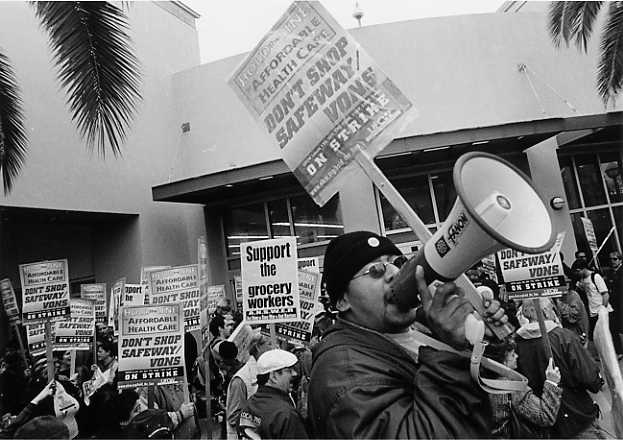 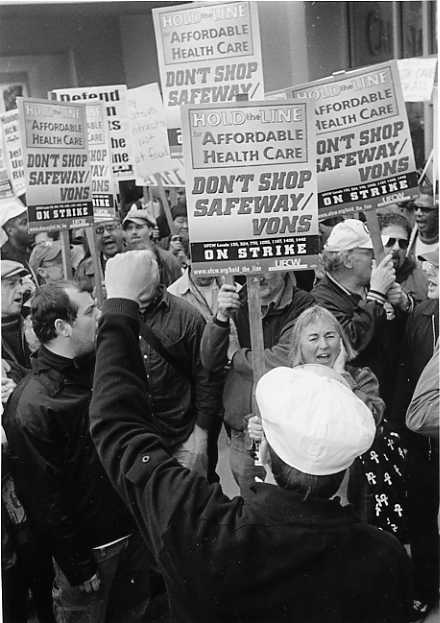 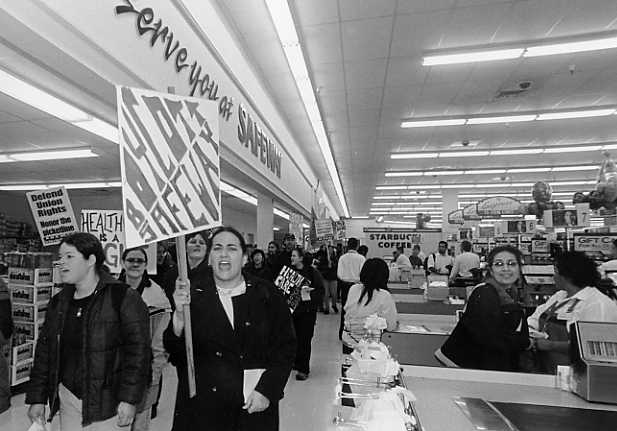 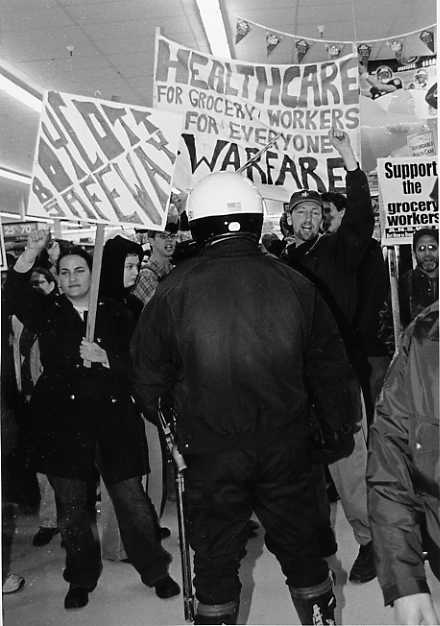 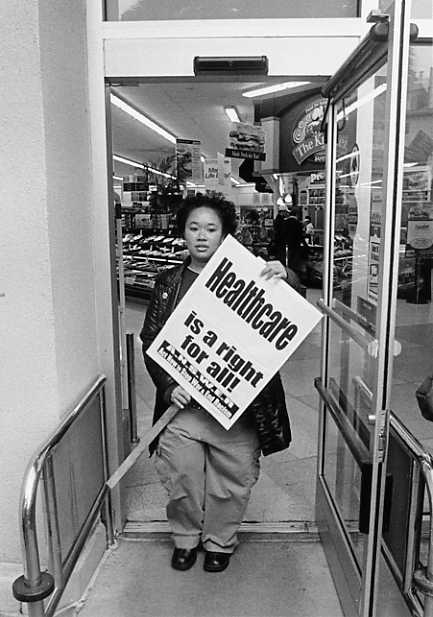 LeiLani Dowell, Peace and Freedom Congressional Candidate from the 8th District leaving Safeway after being released by Police.
Add Your Comments
LATEST COMMENTS ABOUT THIS ARTICLE
Listed below are the latest comments about this post.
These comments are submitted anonymously by website visitors.