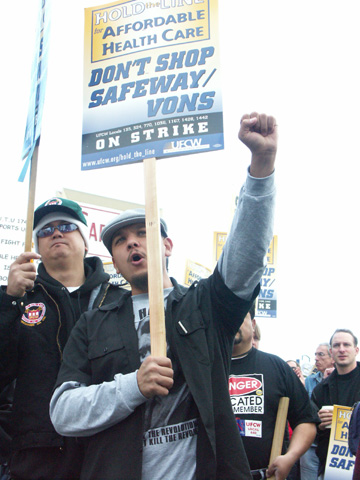 Several hundred unionists and supporters picketed the busy Safeway at Church and Market in San Francisco on Saturday, January 24. They asked for a boycott of Safeway, in support of 70,000 grocery workers who have been on strike in Southern California for months. The strikers are asking only to keep their health benefits. Northern California grocery workers will negotiate their contracts in the summer.

Around two dozen direct action protesters, independently of the union effort, rushed the store and took the picket line inside. They were detained by the police but not cited or arrested.

Jose Tengco, a spokesperson for the California Labor Federation, told Indymedia: “What we’re seeing is a community effort. Community groups, clergy, labor unions are here to support [the workers] because this is about providing health care for workers.”

How effective is the boycott? “I know they’re hurting, they’re losing money every day,” said Tengco. “A couple of analysts on Wall Street have told people they should sell their stock, so they’re taking a beating on this.”

Today’s rally is the latest Bay Area rally in a series of events and vigils that are taking place locally, statewide, and throughout the nation. More events are planned to publicize Safeway CEO Steve Burd’s attempts to end affordable health care.

“We are expanding our protests to Safeway stores throughout the state and the nation because we know that customers will join us and not shop Safeway until workers get affordable health care insurance,” said Art Pulaski, Executive Secretary Treasurer of the California Labor Federation, AFL-CIO.

Safeway CEO Steve Burd’s demands would effectively eliminate affordable health insurance for workers. Insurance would be cut immediately for new hires. Existing grocery workers would take a 50% cut in health care coverage or pay up to $5,000 of their average $20,000 a year wage.

Without health care from Safeway, many grocery workers will become uninsured or turn to public programs to get health coverage.

“If giant profitable corporations get away with slashing health care, every worker is at risk,” said Walter Johnson, Secretary Treasurer of the San Francisco Labor Council, AFL-CIO. 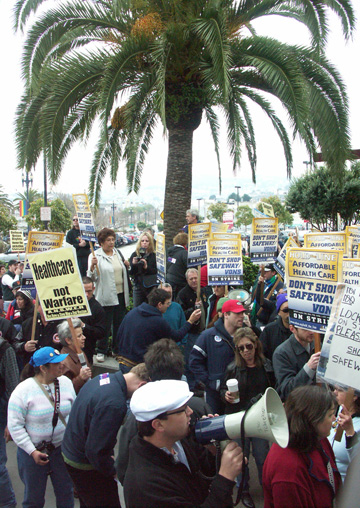 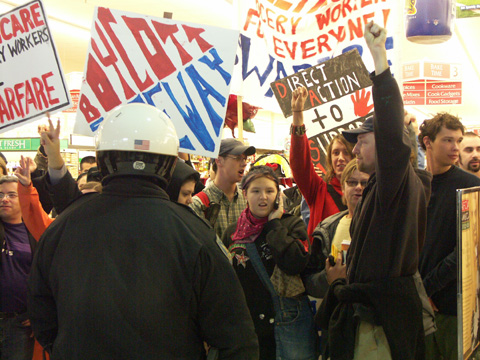 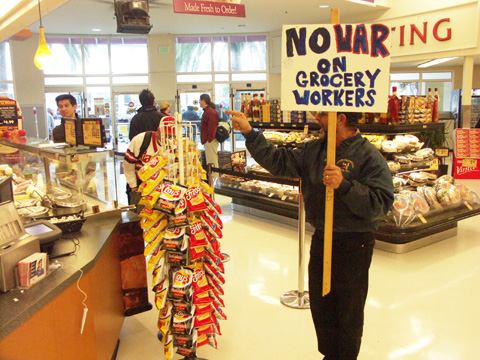 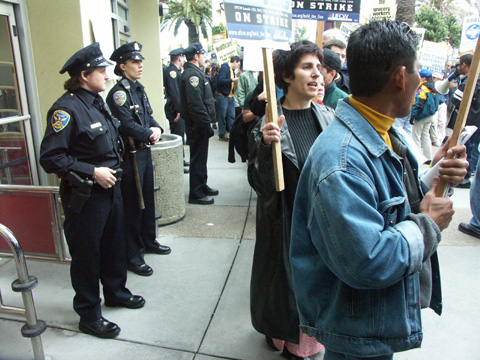 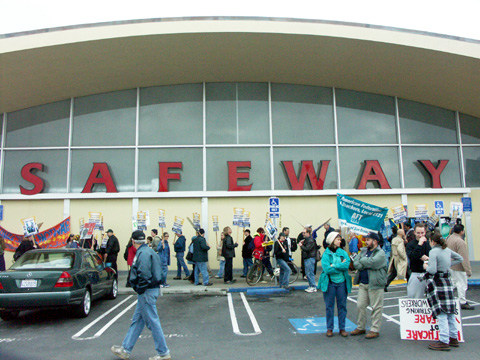 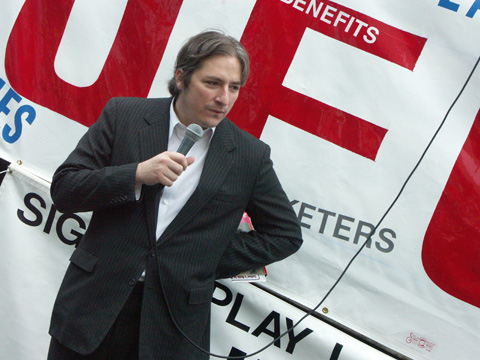