Add an Event
Newswire
Calendar
Features
Home
Donate
From the Open-Publishing Calendar
From the Open-Publishing Newswire
Indybay Feature
Publish to Newswire
Add an Event
Related Categories: East Bay | Education & Student Activism
Pictures From Protest Against Oakland School Closures
by Z
Thursday Jan 8th, 2004 7:07 PM
On Thursday January 8th, several hundred students, parents and teachers gathered at the Oakland Public Schools Administration building for a hearing on Oakland school closures. As dozens rallied outside, those trying to get in were met with the news that there might not be space inside since a small room was chosen for the public forum (despite the School District's hiring of extra security guards since they knew there would be many people attending). 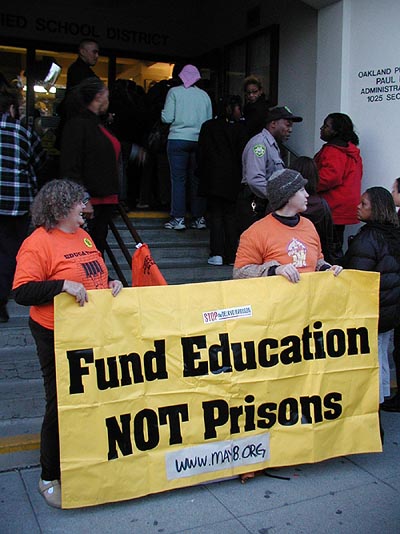 Administrator Randolph Ward's threat to close up 13 schools, all of them with high African-American populations, is only the tip of the iceberg of a more detailed policy that would lead to deeper segregation of Oakland schools.
Ward plans to rent shut-down schools to charter schools! Ward's attack is a thinly veiled attempt to privatize education. Ward is acting as an unelected, unaccountable overseer for the state to try to strip down, degrade and privatize education in Oakland. If Ward gets away with it here, he will take his plans on the road and threaten public school districts across the state. 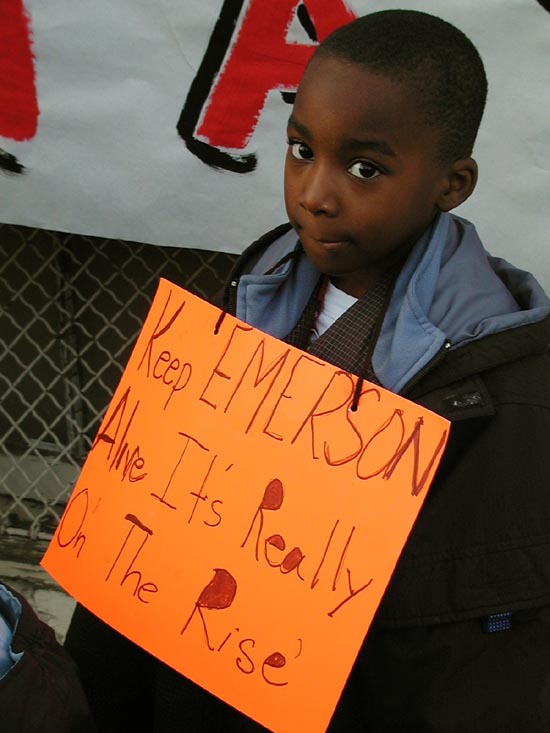 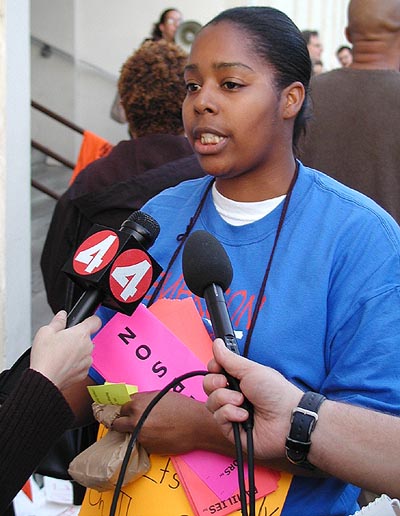 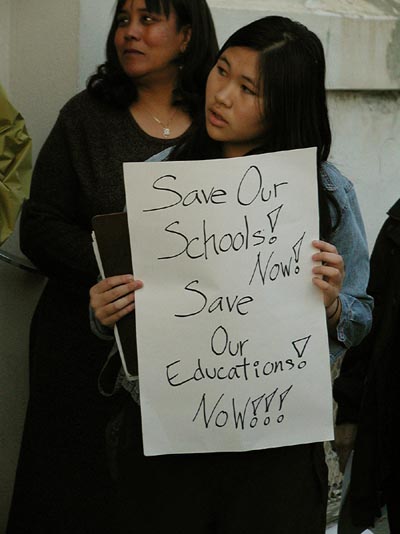 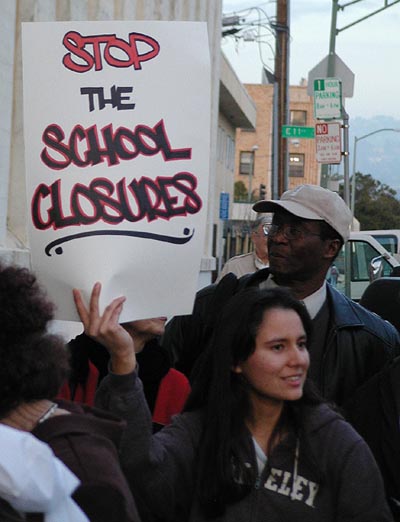 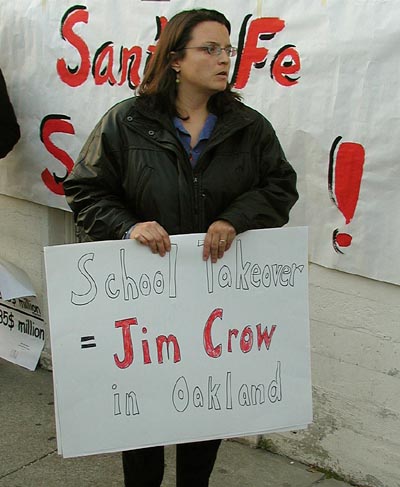 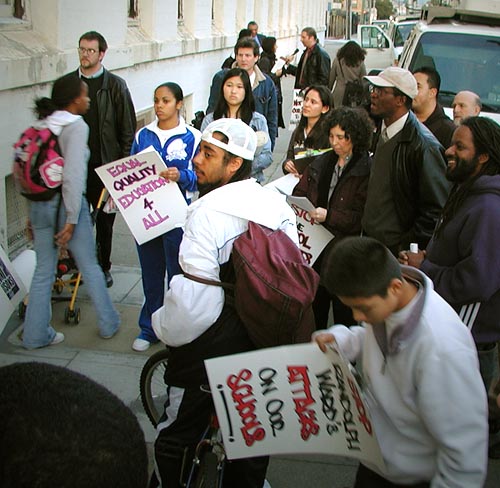