Add an Event
Newswire
Calendar
Features
Home
Donate
From the Open-Publishing Calendar
From the Open-Publishing Newswire
Indybay Feature
Publish to Newswire
Add an Event
Related Categories: Palestine | Anti-War | LGBTI / Queer
Pictures From Rally Against Kate Raphael's Deportation From Israel
by Z
Tuesday Jan 6th, 2004 7:55 PM
On January 6th at 4 PM around 100 activists and friends of Kate Raphael gathered in front of the Israeli Consulate in San Francisco to protest her detention. 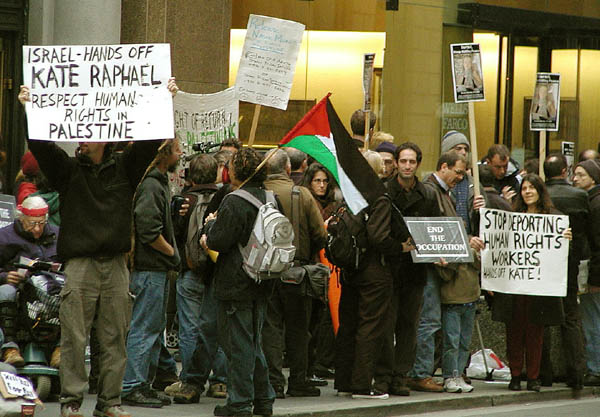 Kate is a queer Jewish peace activist who has been bringing Israelis to learn about life in the Occupied Territories. Today, she is in jail today awaiting a hearing on her request to remain in the West Bank. Kate Raphael was arrested Wednesday along with three other internationals at a demonstration in the West Bank village of Budrus. The International Women's Peace Service and International Solidarity Movement activists were participating with the Budrus community and Israeli peace activists in a peaceful protest march to stop Israel from uprooting trees belonging to the village to clear the land for construction of Israel's 400 mile long Separation Barrier, also known as the Apartheid Wall. 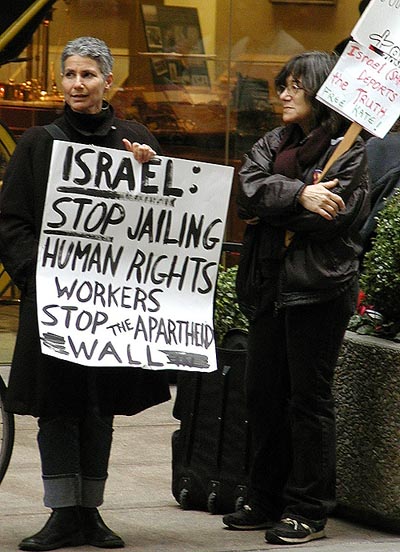 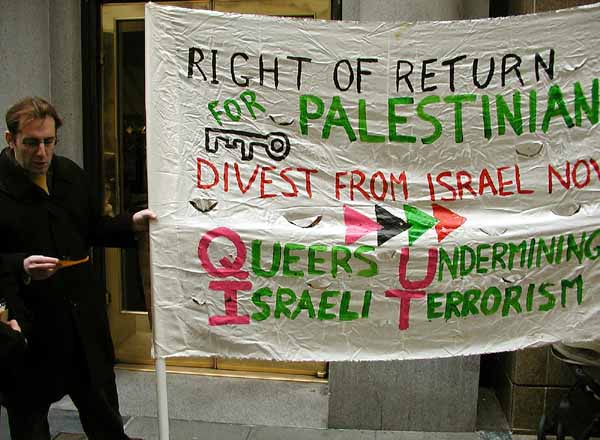 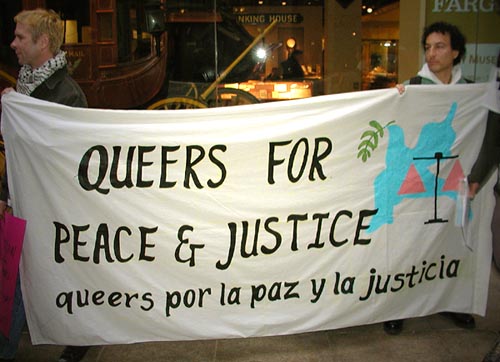 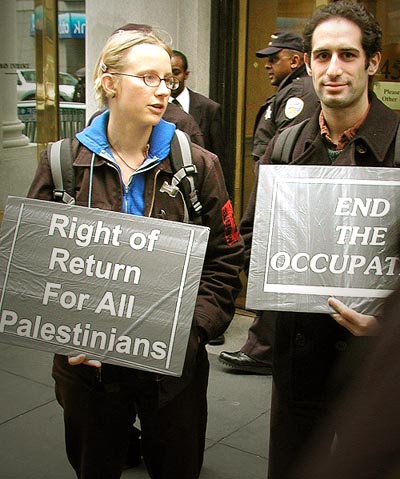 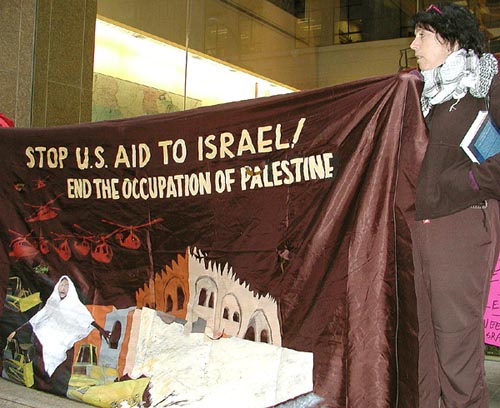 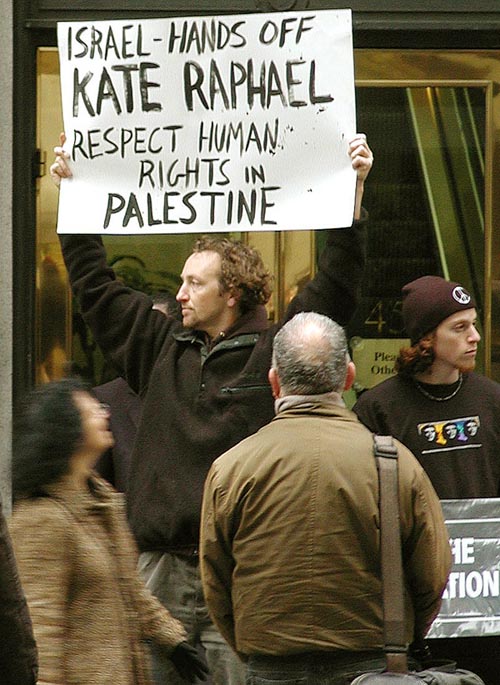 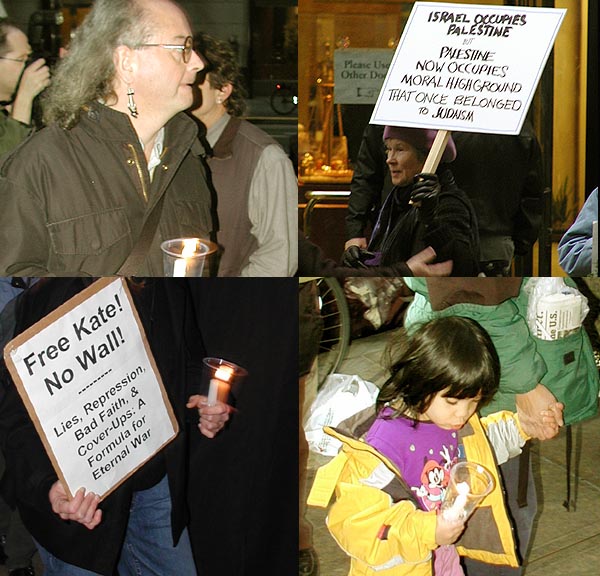