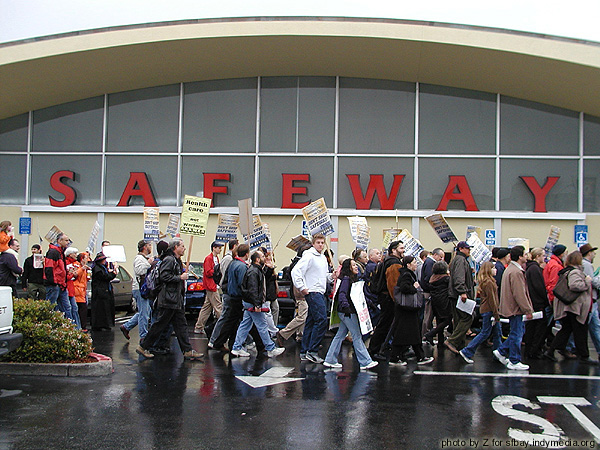 1. Workers at Vons (Safeway), Ralph’s (Kroger), Albertson’s turned out in
unprecedented numbers (over 80%) and voted overwhelming ( over 95%) to fight
employers’ demands to effectively eliminate health benefits. On October 11, 2003, workers
struck Vons across Southern California. Albertson’s and Ralph’s locked out their workers.

6. The supermarket giants are not responding to competitive pressure from Wal-Mart. The three chains have 60% of the market in Southern California. Even with its planned expansion, Wal-Mart will have 1% of the market.

7.Safeway is the strike target because the company and its CEO Steve Burd have led the attack on workers and their health benefits. Burd told the financial community that forcing Southern California workers on strike was an “investment in the future.”

8. Safeway, Ralph’s and Albertson’s are Fortune 50 corporations. Their profits have gone up 91% since 1998. If these corporate giants can eliminate health care, every worker is at risk. 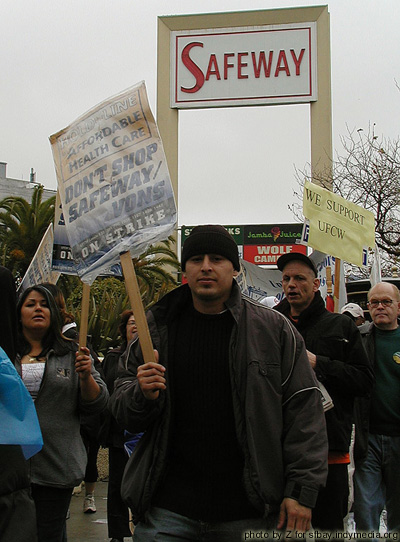 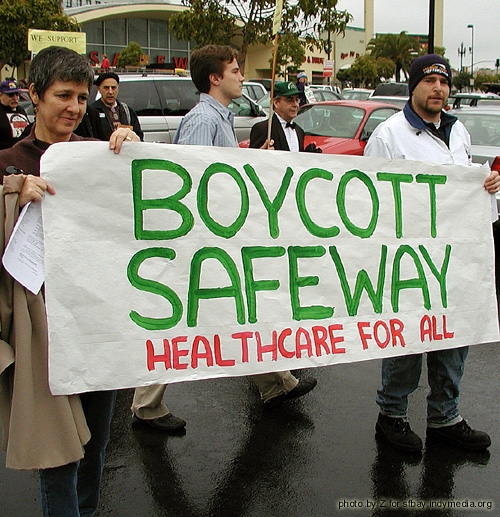 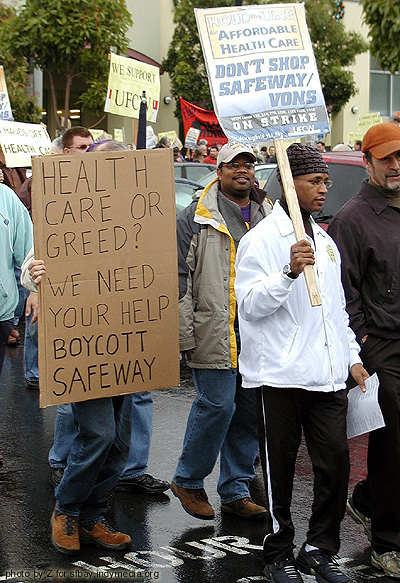 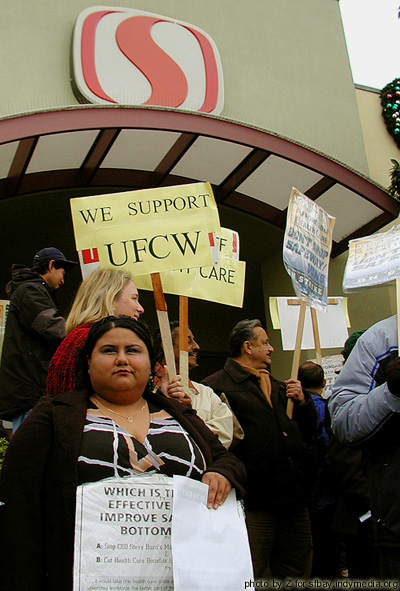 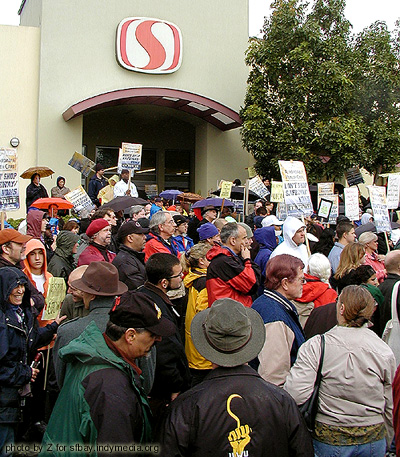 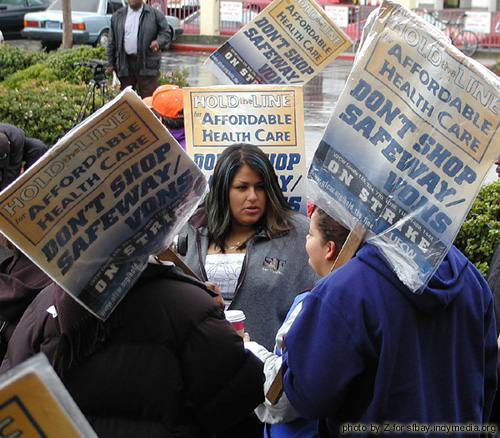 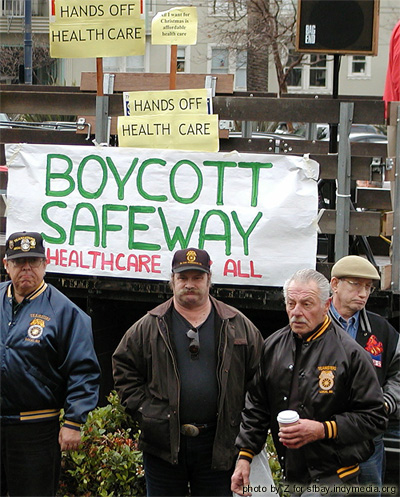 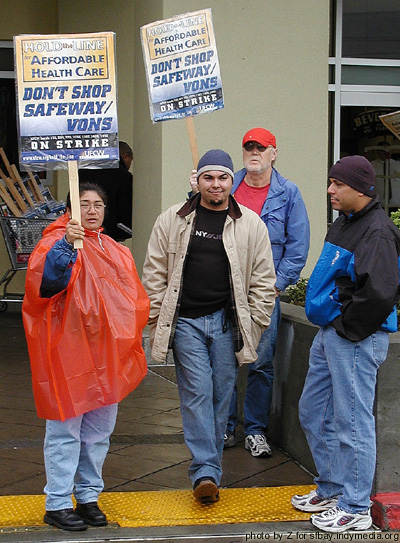 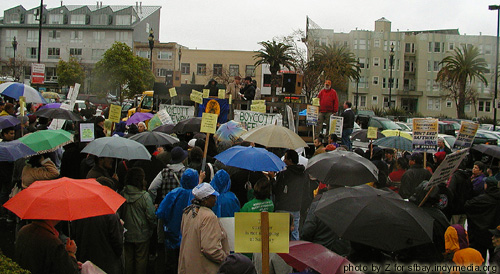