by Frontlines Newspaper (alternative [at] sbcglobal.net)
In 2000, Gavin Newsom gave $500 to pay for the Republican Party slate card that included George Bush and his own name as candidate for the Board of Supervisors. 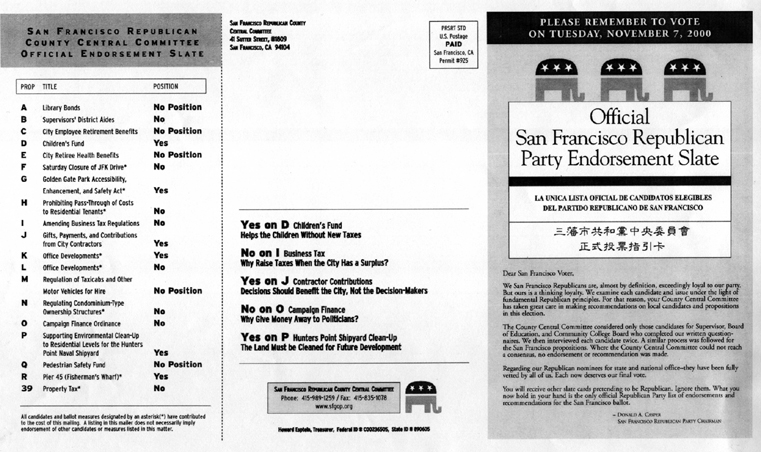 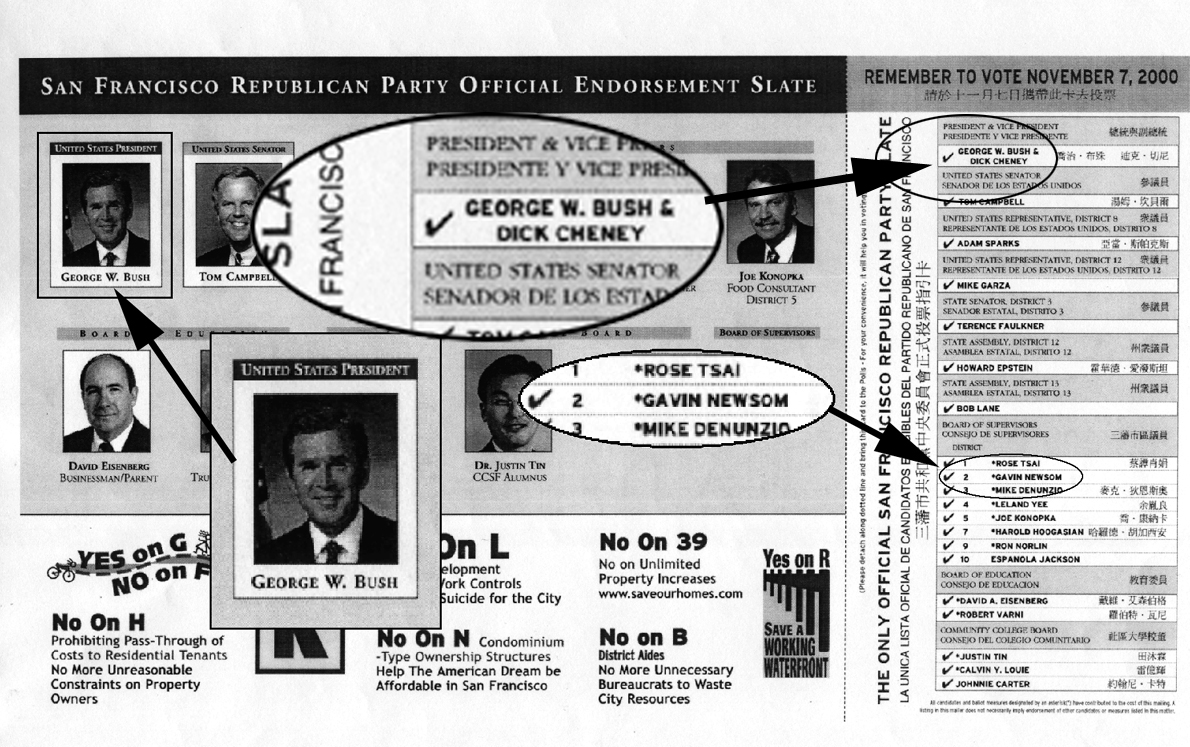 Well, what Al Gore will say to this?
END_OF_DOCUMENT_TOKEN_TO_BE_REPLACED
§The evidence of the payment to the Republican party
by Frontlines Newspaper (alternative [at] sbcglobal.net) 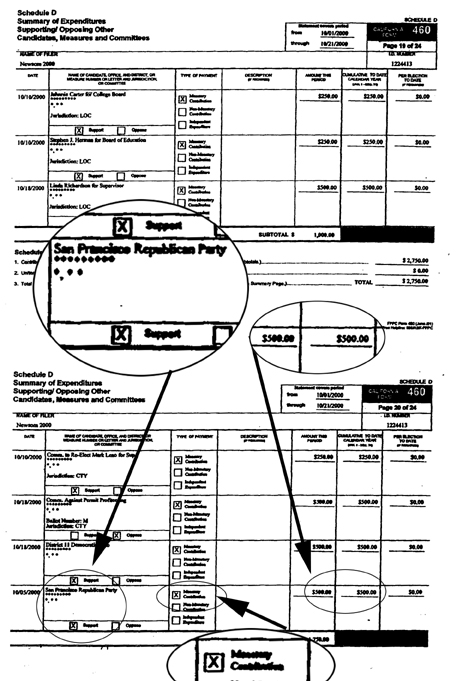 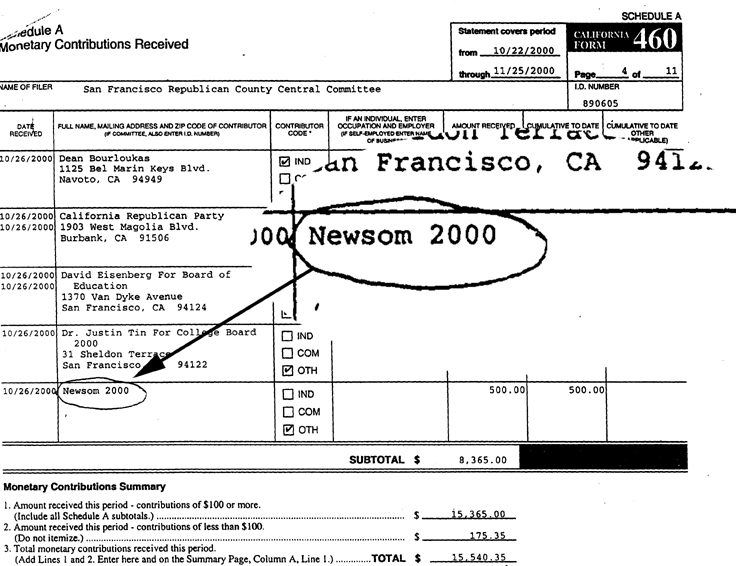 END_OF_DOCUMENT_TOKEN_TO_BE_REPLACED
Add Your Comments
Comments (Hide Comments)
§this needs mainstream coverage
by needs mainstream coverage
The mainstream media is starting to cover Newsom's fake email trying to get Greens to protest Gore, we really need them to cover Newsom's contribution to the Republicans.
Add a Comment
§So Gavin Supports the Liars Party
by Shock and Awe
Reminds me of stealth Republican Wesley Clark.
Add a Comment
§why isnt this in the news?
by ?
The fake email is now a major local story in the media (although they are trying to spin it to make it less damaging to Newsom) but this hasnt been covered yet. I guess they cant spin his support for the GOP so they are just choosing to ignore this?
Add a Comment
§gust goes to show
by Duh-- green?
small minds are easily manipulated (green party)

a closer look at the Newsom 2000 campaign contribution filing shows that Newsom 2000 also gave $250 to the campaign to re-elect Mark Leno (progressive) and another $500 it looks like to the Democrats. Since many people don't think about politics very much and want their politicians to be loving, coalition-building tends to play well. Even if this story got covered it wouldn't hurt Newsom. Working with people you disagree with is something that the progressive left sees as more of a fault (because we're so overly concerned with purity), more of an indication of lack of values, than the right. On the right it can be considered evidence that you "love the sinner, not the sin."
Add a Comment
§I cant see how anyone can justify giving $500 to get Bush elected
by this will hurt Newsom
Sure he also gave money to progressive causes, but that doesnt excuse funding Bush. If a candidate gave money to both the KKK and NAACP, people wouldnt feel like the money to the NAACP ballanced out support for a racist institution. Giving money to Bush in inexcusible and the SF voters will see it as such if the media dares to cover this.
Add a Comment
§&quot;Working with people you disagree with &quot;
by is not
Funding their campaigns. There's a big difference between working in city hall with people, and giving money to them. Especially in the year that Bushmoron was elected.