Add an Event
Newswire
Calendar
Features
Home
Donate
From the Open-Publishing Calendar
From the Open-Publishing Newswire
Indybay Feature
Publish to Newswire
Add an Event
Related Categories: Iraq | Central Valley | Anti-War
FRESNANS PROTESTS AGAINST OCCUPATION AND EMPIRE
by Mike Rhodes (MikeRhodes [at] Comcast.net)
Sunday Sep 28th, 2003 8:05 PM
Over 100 people came to the Tower District in Fresno, in solidarity with people throughout the country demanding an end to the US occupation of Iraq. 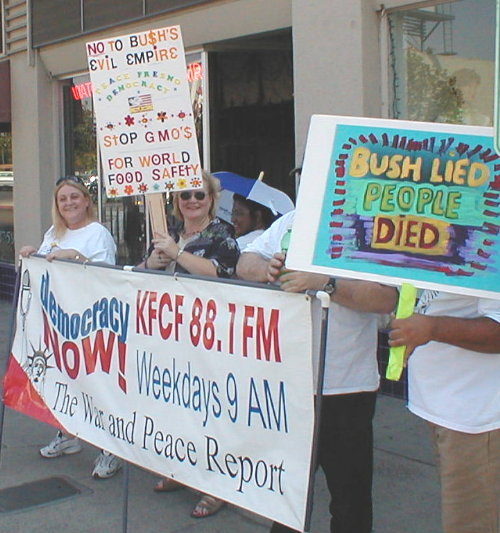 FRESNANS PROTESTS AGAINST OCCUPATION AND EMPIRE
By Mike Rhodes
September 28, 2003

Over 100 people came to the Tower District in Fresno, in solidarity with people throughout the country demanding an end to the US occupation of Iraq. Peace Fresno organizer Ken Hudson said he was there “to call for the troops to come home now and to see a UN transitional government in place in Iraq.”

The new (acting) President of Peace Fresno, Genie Baranoff said she came “to stand in solidarity with protestors worldwide, with people who stand in peace, who want all colonial occupations to end, for there not to be a focus on empire building, and for an end to the US occupation of Iraq.

The spirited crowd spread out along Olive and Wishon avenues in the heart of the Tower District. People driving by in cars honked in support of peace and the demand that the US end its role as an occupying force in Iraq. A large number of young people came and gathered near the Tower theater where they played and listened to music. Maria Hirth, one of the young activists who was holding a Books not Bombs sign, said she “came out to protest the war.” When asked why the U.S. went to war she said that “ we want their natural resources like oil...it’s all about the money, it’s not about liberating the people of Iraq.”

While the theme of today’s anti-war rally was to end the occupation and prevent future wars, many activists were talking about ways to stop pResident Bush. There were, for example, many Kucinich supporters in the crowd. Steve Malm said he was there to show his opposition to repressive legislation like the Patriot Act and “to show support for Dennis Kucinich who is a viable peace candidate.” Peace Fresno activists were also busy handing out fliers to organize a demonstration against Bush when he comes to Fresno on October 15. Bush will be appearing at a $1,000+ a plate lunch at the Fresno Convention Center. The demonstration will start at 10AM at "M" St. & Ventura Outside the Fresno Convention Center SOUTH Exhibit Hall. For more details about the planned demonstration, go to http://www.peacefresno.org .

Peace Fresno also has regular meetings every Tuesday at 7 PM at the Fresno Center for Nonviolence at 985 N Van Ness. You will also find them at Shaw and Blackstone on the first Friday of Every Month 4:30pm-6:30pm. to protest the occupation of Iraq and other harmful domestic and foreign policies of the Bush administration. They advocate alternatives to war and support social and environmental justice.

For more information visit them at their web site (above) or call 559 487-2515.
http://www.fresnoalliance.com/home
§The new (acting) President of Peace Fresno, Genie Baranoff speaks to the press
by Mike Rhodes (MikeRhodes [at] Comcast.net) Sunday Sep 28th, 2003 8:08 PM 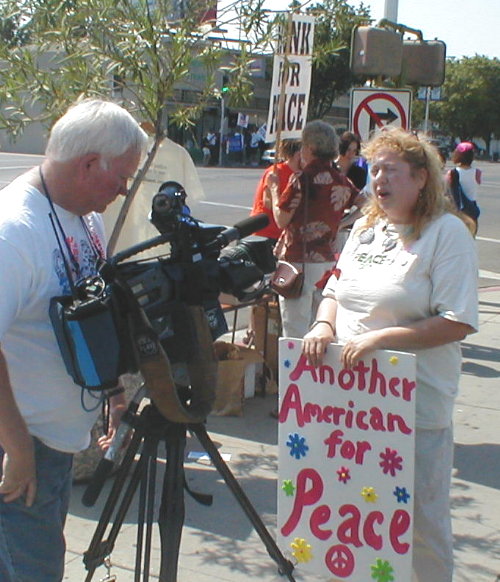 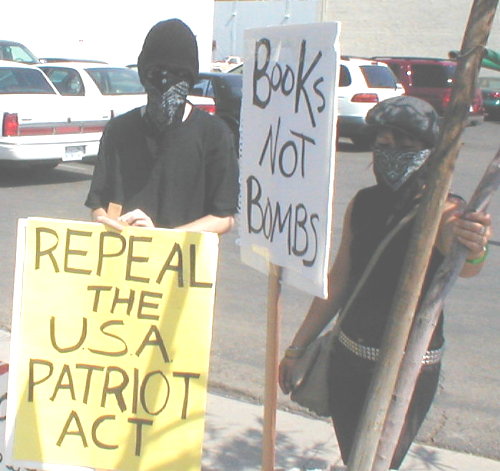 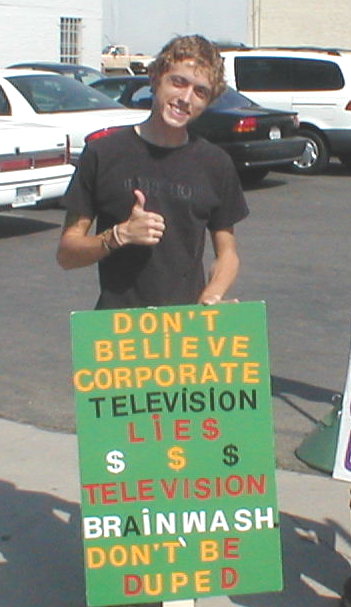 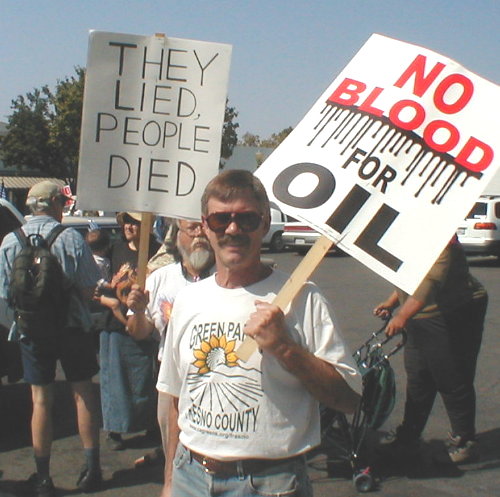 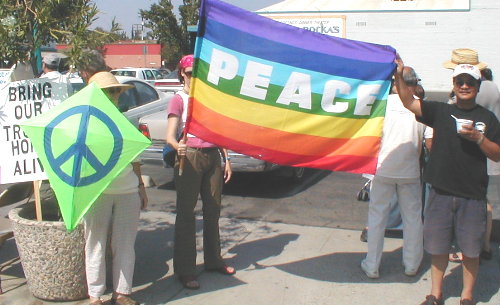