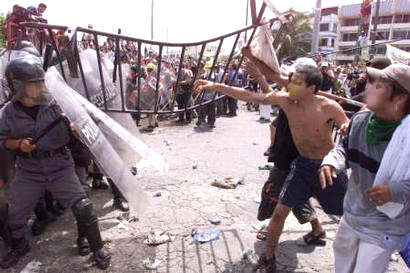 Mobilizations against the World Trade Organization in Cancun, Mexico have begun, following up on the disruptive actions against the WTO meeting in Montreal, Canada, on June 27, 2003, where masked anti-capitalist rebels built a barriacade, blocked streets with dumpsters and attacked a Canadian Armed Forces Recruiting Centre, Burger King, Gap and Bank Of Montreal.

In Cancun, on September 10, 2003, hundreds of militants at the forefront of a demonstration of 5,000 people set fire to a police barrier and tore down a section of security fencing. Clashes broke out as rebels attacked police with stones and poles. Police responded with a water cannon, tear gas and stones.

Militant anti-WTO mobilizations also took place in Manila, Philippines, and around the world. 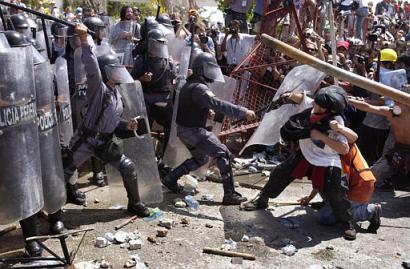 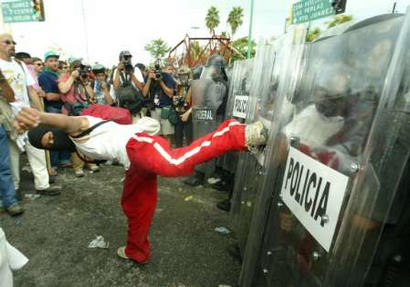 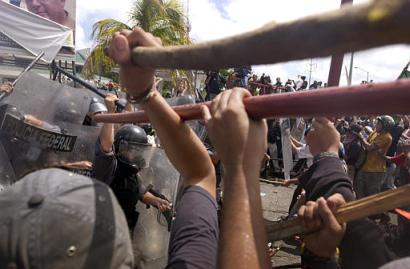 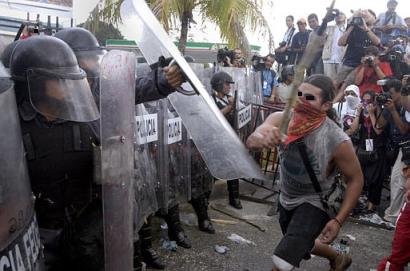 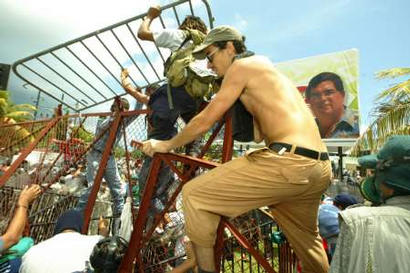 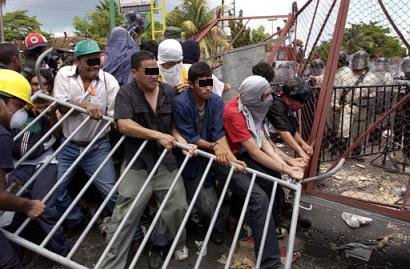 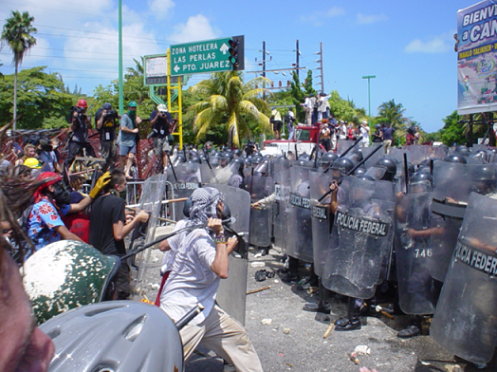 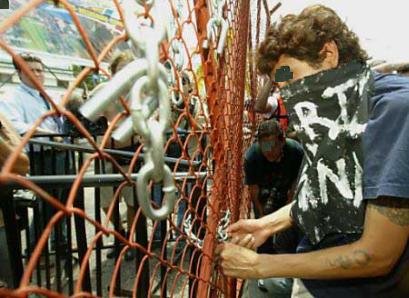 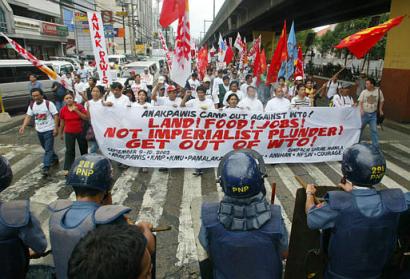 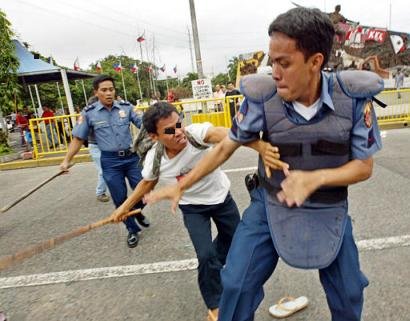