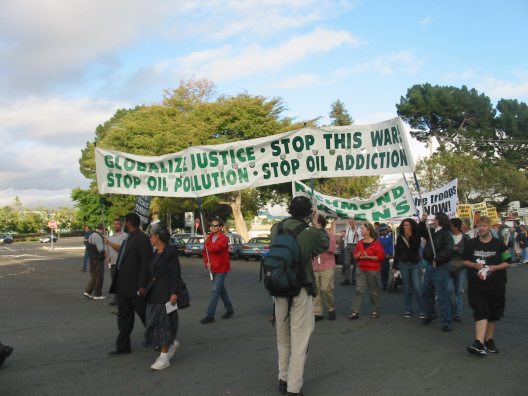 bay area activists rallied, marched and held a direct action in Richmond, in solidarity with those taking part in actions in Cancun, Mexico.

Despite a heavy police presence during the march and the direct action, people did not let down, and the mood was calm and joyful.

About 50+ police officers and sheriff deputies guarded the truck entrace to the refinery- with emt and a fire rescue crew standing by, while 22 demonstrators linked arms or used lockboxes to blockade the entrance to the refinery.

After a few hours, the protest ended peacefully. 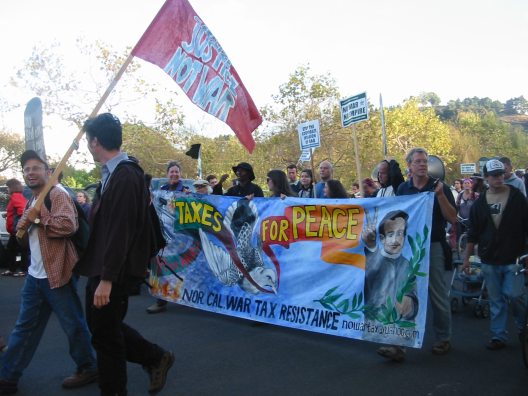 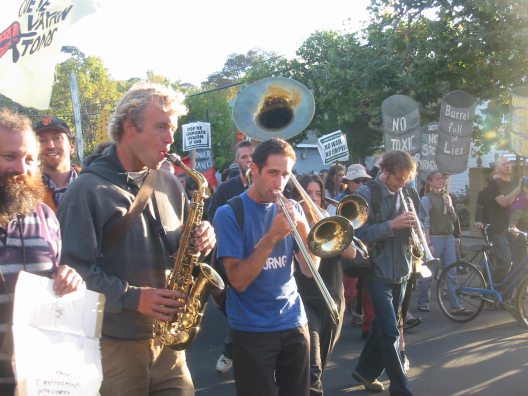 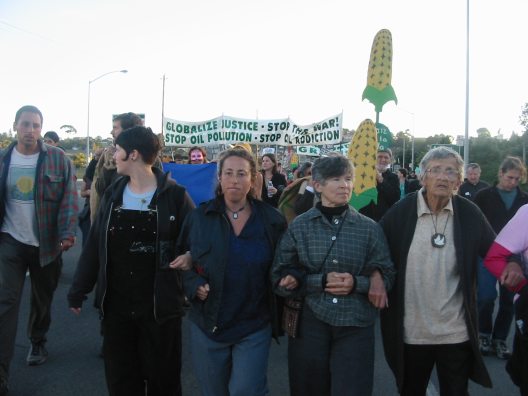 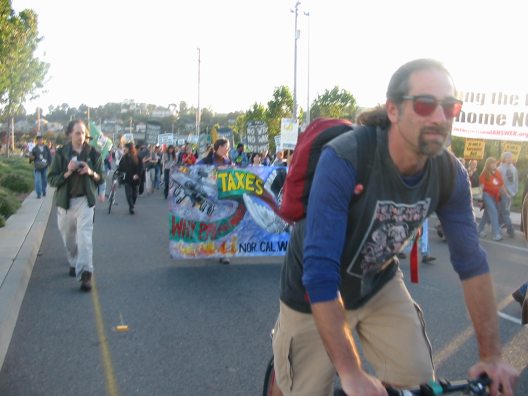 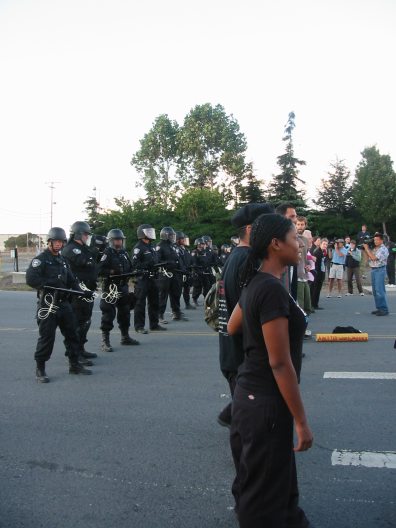 there were more cops blocking the entrance to chevron, than protestors in the chain.
§lockboxes
by Darksyde (darksyde888 [at] yahoo.com) Tuesday Sep 9th, 2003 11:29 PM 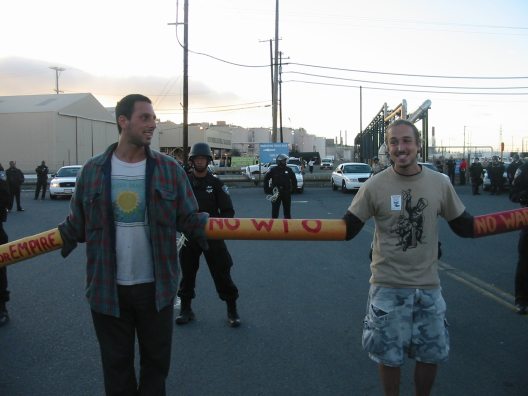 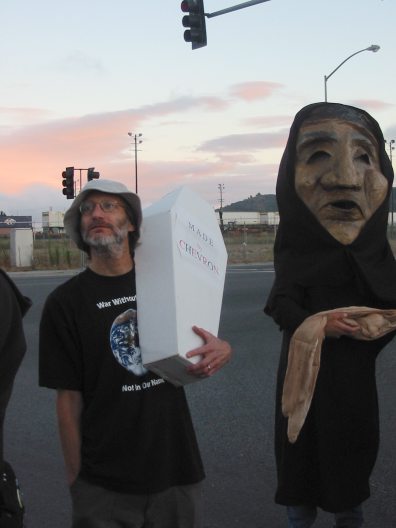 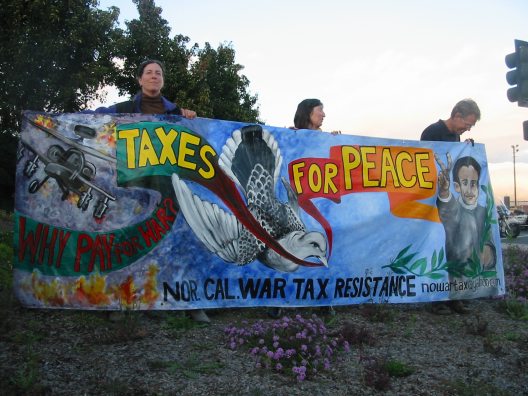 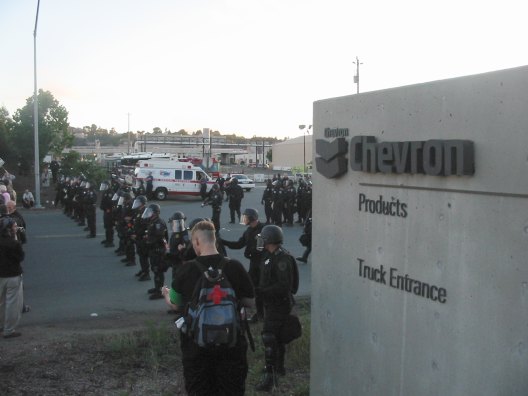 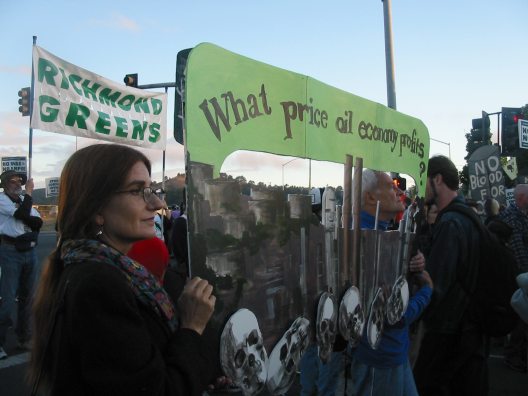 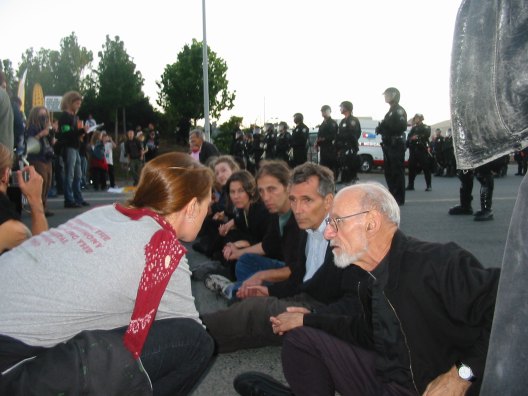 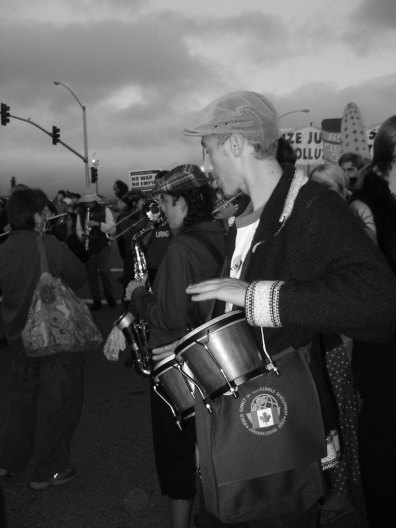 brass liberation band played into the evening...
Add Your Comments
LATEST COMMENTS ABOUT THIS ARTICLE
Listed below are the latest comments about this post.
These comments are submitted anonymously by website visitors.