Add an Event
Newswire
Calendar
Features
Home
Donate
From the Open-Publishing Calendar
From the Open-Publishing Newswire
Indybay Feature
Publish to Newswire
Add an Event
Related Categories: Arts + Action
Power to the Peaceful – Photos by Peter – Music
by Peter Maiden (pmaiden [at] pacbell.net)
Sunday Sep 7th, 2003 7:52 PM
The 5th Annual 911 Power to the Peaceful Festival drew 35,000 to Golden Gate Park for a day of music and activism on Saturday, September 6. Here are some fotos of the people who made music at the event, beginning with headliner Michael Franti. 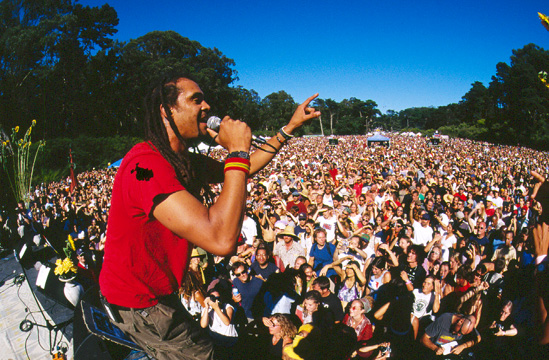 Michael Franti, the key organizer of the 911 Power to the Peaceful Event, said in a press release:

"The 911 Festival began in 1999 as an international day of art and culture in support of political prisoner Mumia Abu-Jamal. The name 911 was chosen to call attention to the emergency status of Mumia's impending execution and 9/11 was the date of the first event. We expanded the event in 2000 to show support for all prisoners on death row, and to speak our against the exponential gowth of the prison industrial complex. In 2001 the day of September 11th took on a wider significance as a result of the tragic loss of life by the attacks of the day. The 4th event in 2002 created a space for healing and compassion for ALL the people killed or displaced by terrorism and the war on terrorism."

The 5th Annual Festival Saturday drew thousands more than any of the previous ones. The weather was perfect and there was a great vibe in the crowd.
§Michael Franti
by Peter Maiden (pmaiden [at] pacbell.net) Sunday Sep 7th, 2003 7:52 PM 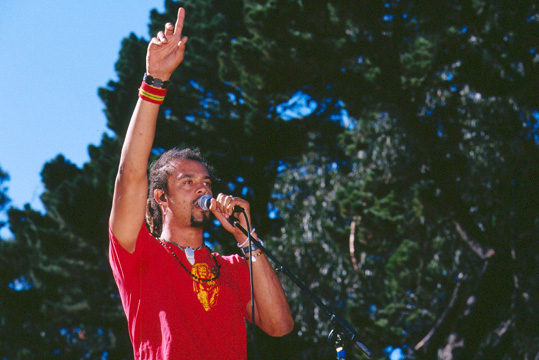 Franti was the chief organizer of the event, and concluded the festival with a performance in front of his band Spearhead. They played music from Franti's new album, "Everybody Deserves Music."
§DJ Funklor
by Peter Maiden (pmaiden [at] pacbell.net) Sunday Sep 7th, 2003 7:52 PM 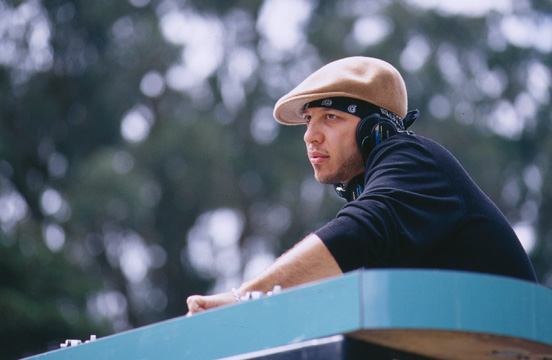 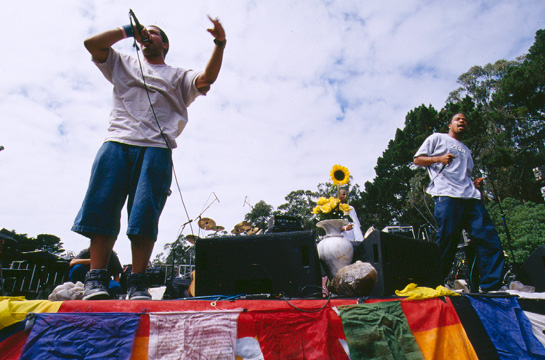 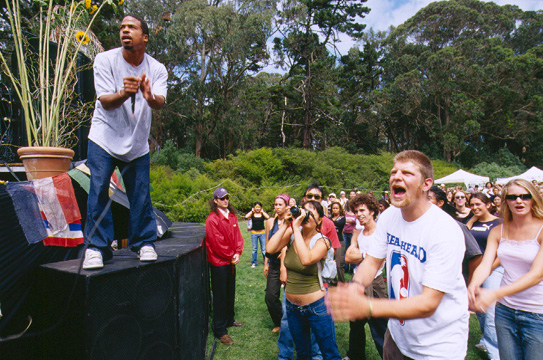 Zion of Zion I walked off the stage onto the speakers to move the crowd.
§Audience Members Grooved
by Peter Maiden (pmaiden [at] pacbell.net) Sunday Sep 7th, 2003 7:52 PM 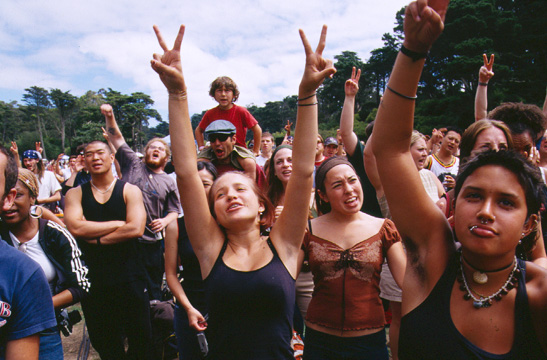 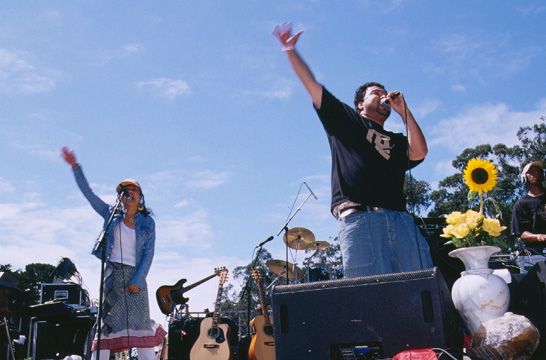 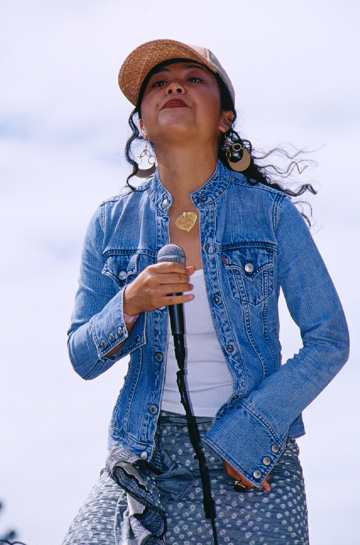 Rapper/Singer Joyo Velarde.
Add Your Comments
LATEST COMMENTS ABOUT THIS ARTICLE
Listed below are the latest comments about this post.
These comments are submitted anonymously by website visitors.