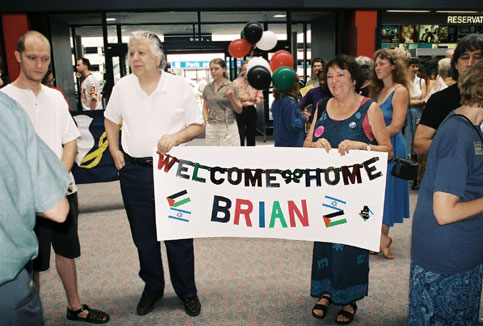 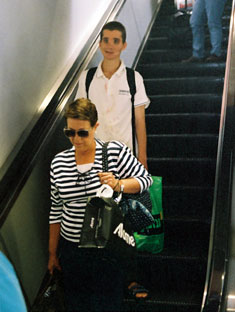 Nonviolent American hero Brian Avery descends the escalator at Raleigh-Durham International Airport moments before being greeted by a crowd of 60 supporters. Working with the International Solidarity Movement, he was shot in the face in the occupied West Bank city of Jenin on April 5, 2003 by the Israeli military.
http://electronicintifada.net/v2/article16...
§Looks forward to Mom's Soup!
by electronic Intifidah (posted by vince) (TheConstitutionrules [at] hotmail.com) Monday Jun 16th, 2003 4:16 PM 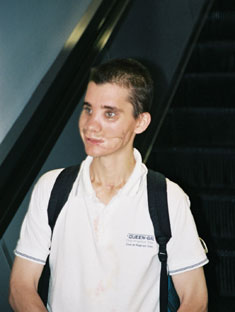 Brian Avery has undergone three reconstructive surgeries and anticipates several more surgeries to repair the serious injury to his face. The former Chapel Hill High School football player lost more than 30 pounds. With his mouth wired shut, he is now looking forward to being able to eat his mother's soups rather than hospital food.
http://electronicintifada.net/v2/article16...
§Crowd Moved to Tears
by electronic Intifidah (posted by vince) (TheConstitutionrules [at] hotmail.com) Monday Jun 16th, 2003 4:16 PM 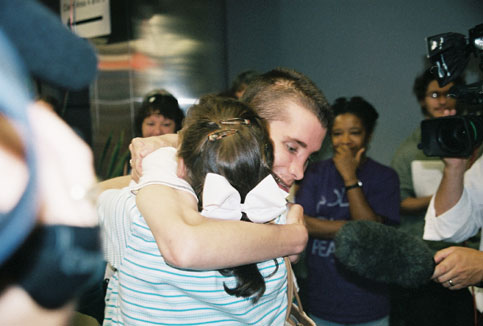 Brian Avery hugs his mother Julie Avery. His mother greeted him, according to the News & Observer with "Hi, sweetheart. Oh, it's so good to have you home." Many in the crowd were moved to tears.
http://electronicintifada.net/v2/article16...
§Brian's Father
by electronic Intifidah (posted by vince) (TheConstitutionrules [at] hotmail.com) Monday Jun 16th, 2003 4:16 PM 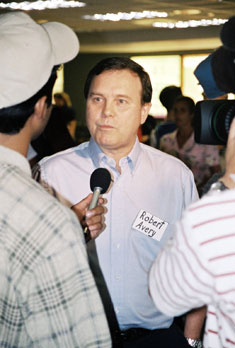 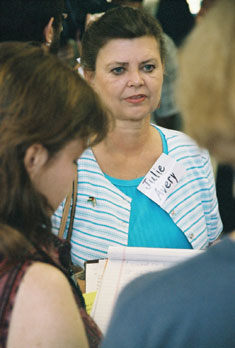 Brian Avery's mother, Julie Avery, speaks to television crews and a reporter from the Raleigh News & Observer.
http://electronicintifada.net/v2/article16...
Add Your Comments
Support Independent Media
We are 100% volunteer and depend on your participation to sustain our efforts!