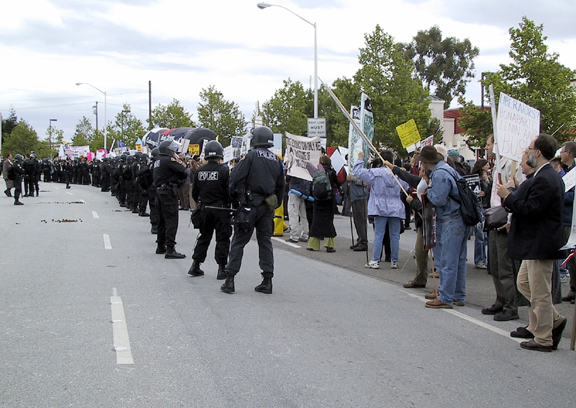 SANTA CLARA — About a thousand anti-war protesters gathered in Santa Clara to shout, bang drums, chant and stretch (yoga activists) to show their opposition to the Iraq war and President Bush’s foreign and national policies.

The colorful group marched from LaFayette Park over an overpass to demonstrate in front of Santa Clara’s United Defense Technologies where Bush was speaking about the war and tax breaks.

Protesters saw the situation get considerable rough when Police on horseback started butting and pushing protesters with their horses, knocking over one woman and roughly butting several others. The horseback police had no badge numbers or name tags and protesters had to demand for one officer’s name, which he gave after repeated calls.

About fifty pro-war, pro-Bush demonstrators were across the street to show support for Bush and several anti-war protesters went over to their side to discuss issues.

Though most of the discussions were civil, one San Francisco resident, Lisa Becker, with an anti-Bush sign in hand, was accosted when she was expressing her condolences to Mark Bingham’s family (Mark died on Flight 93).

"I was standing there next to them and telling them how sorry I was for their loss and then somebody started yelling at me ‘You make me sick to my stomach. You bleeding heart liberal,’" said Becker.

Becker pointed out to the family that she too lost family in the World Trade Towers (two cousins) which got responses that she was lying. "I couldn’t believe it but then a woman in red spat on me and then took a flag with an eagle on top and jabbed me with it."

Fremont resident Mona (last name withheld for privacy ) hadn’t been to a protest since the war started and was shocked to see the force used by the police.

"I could not imagine that I would see this in America. This is the kind of stuff I would expect to see in a communist country, like in Tiananmen Square in China." 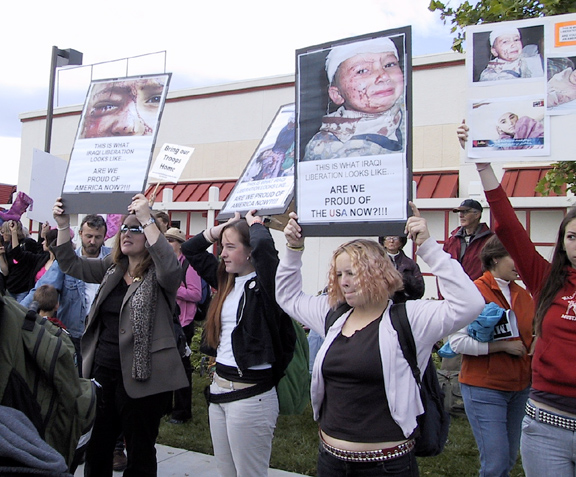 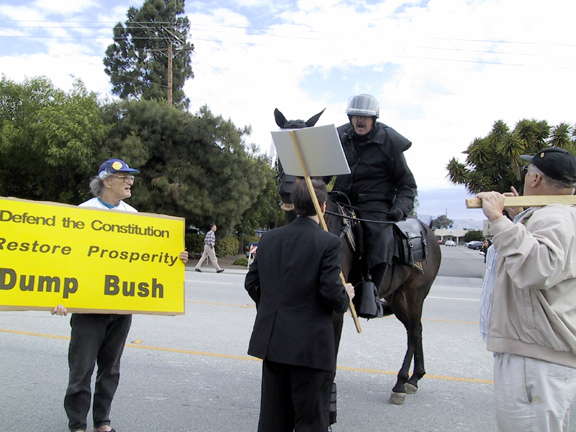 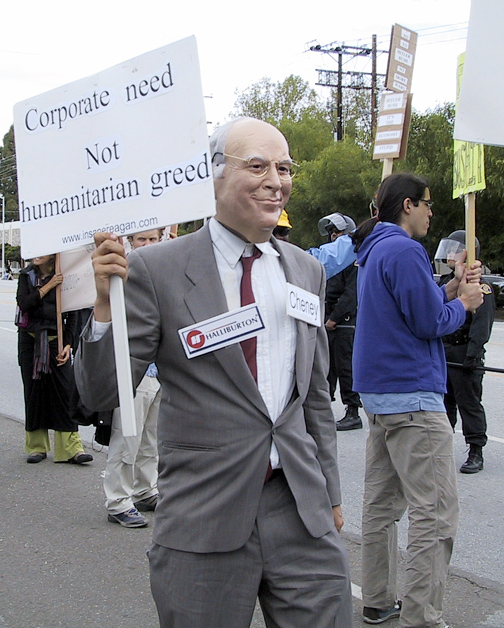 Protesters didn't see Bush but some other cabinet members did show up to speak to the crowd.
§Condi
by CA Friday May 2nd, 2003 8:51 PM 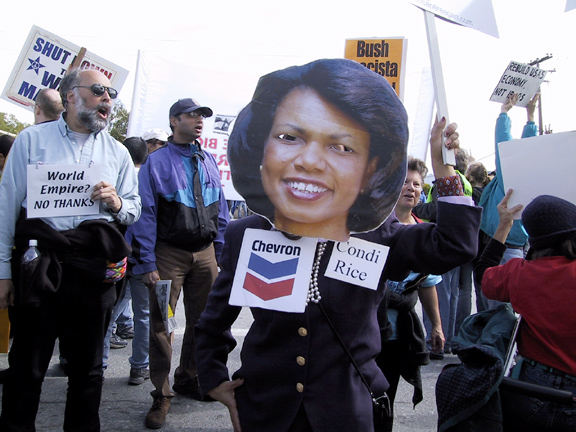 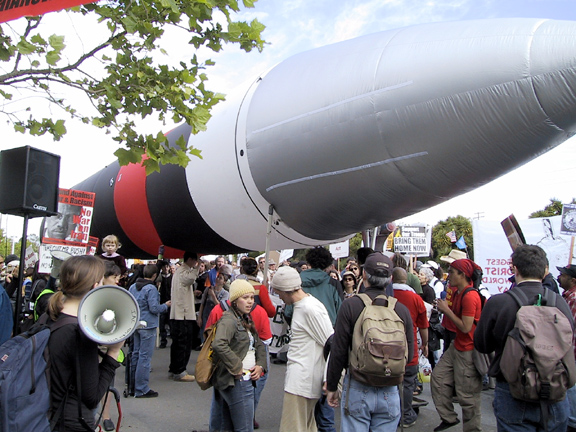 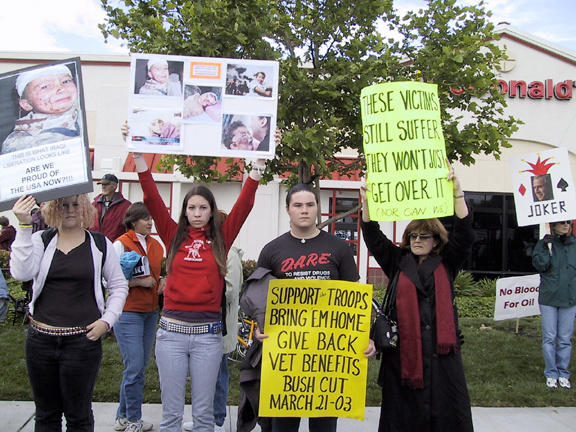 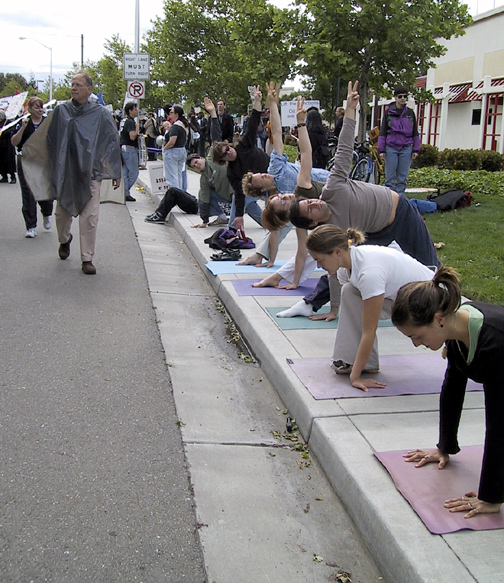 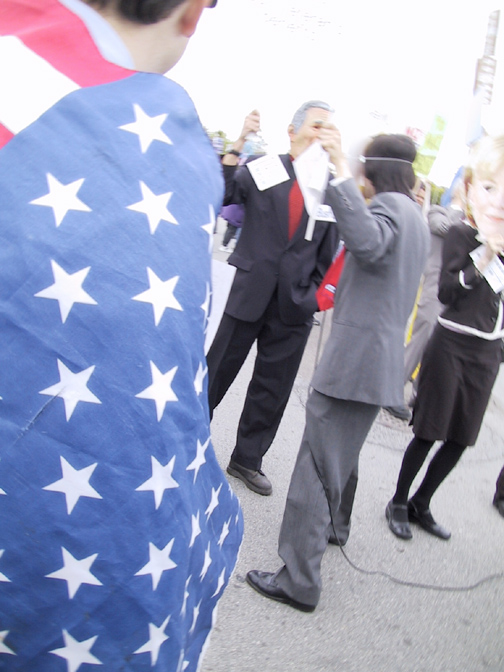