by May Day
German riot police clashed with rock-throwing demonstrators in Berlin and violence was expected in other European capitals at rallies marking the May Day holiday Thursday. 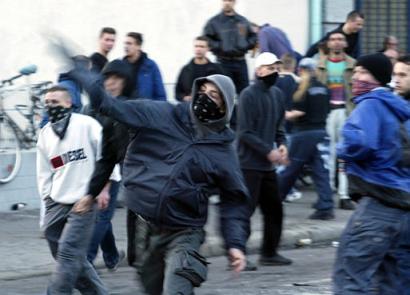 BERLIN (Reuters) - German riot police clashed with rock-throwing demonstrators in Berlin and violence was expected in other European capitals at rallies marking the May Day holiday Thursday.

Hundreds of thousands of workers and protesters took part in largely peaceful May Day rallies round the world, though scuffles were reported and some demonstrations on the public holiday included criticism of the U.S.-led war on Iraq.

Authorities in London, Berlin and some other capitals were ready for disturbances after past protests turned violent.

Berlin police were out in force, with some 7,500 on city streets braced for battles with anarchists after 27 police officers and an unknown number of assailants and bystanders were injured in three hours of clashes overnight.

"It's quiet right now, but it's possible there will be further violence," said Berlin police spokesman Ralph Gizinski.

The violence erupted without warning toward the end of a peaceful protest by about 4,000 people in the Mauerpark, in the Prenzlauer Berg district where the Berlin Wall stood.

A group of 200 anarchists hurled bottles and rocks and shot fireworks at police, who charged the group, arresting 97 of them. Violence in the area lasted three hours, with street barricades set ablaze and some shop windows smashed.

The German capital has been marred by May Day clashes between anarchists and police every year since 1987. Last year rampaging youths caused extensive damage, setting luxury cars and bus shelters on fire. 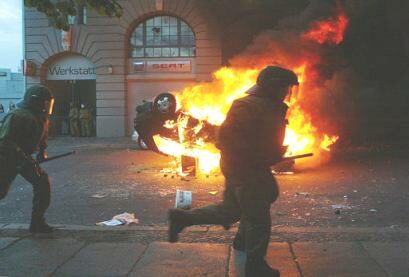 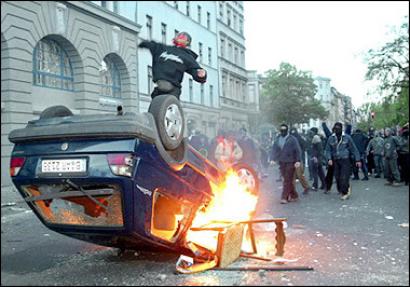 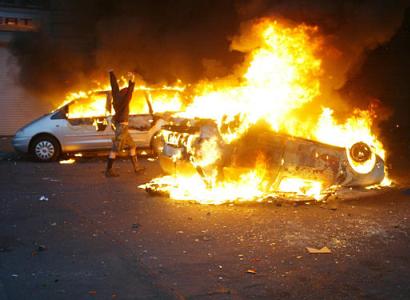 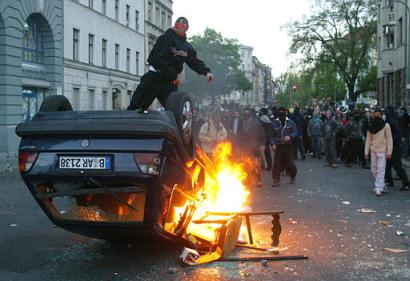 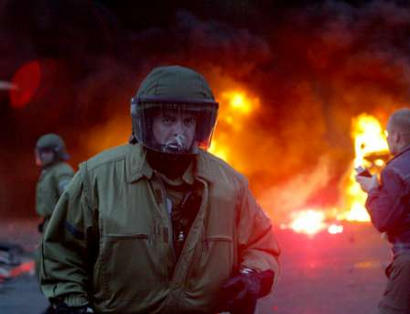 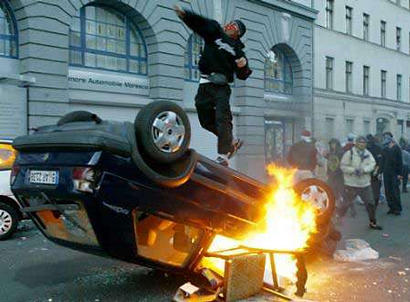 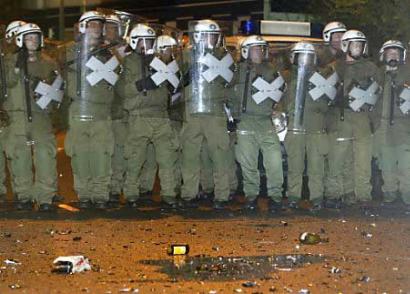 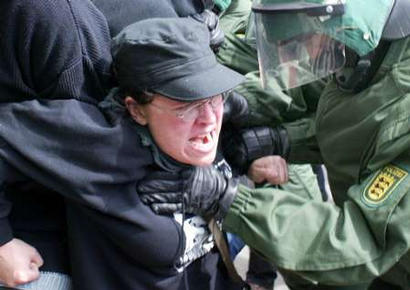 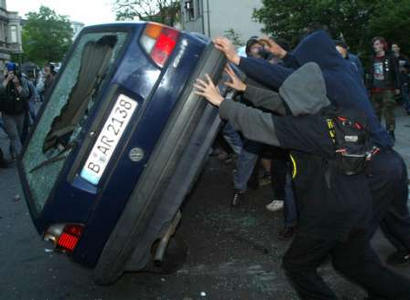 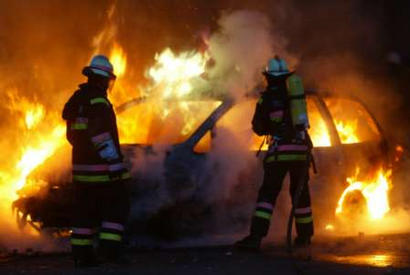 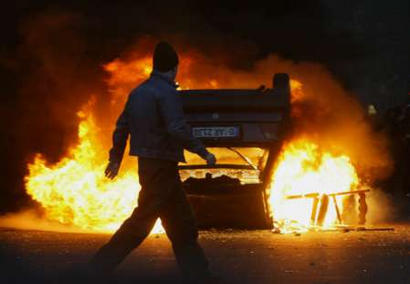 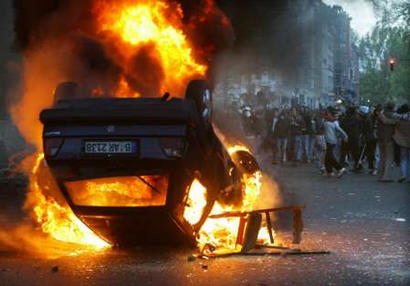 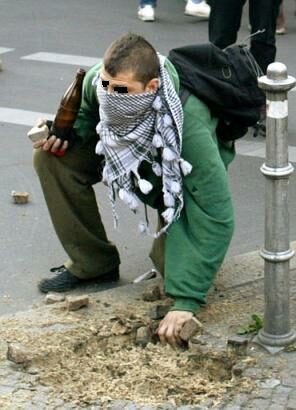 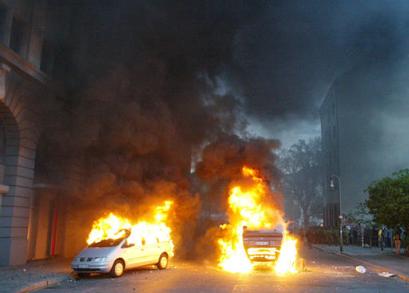 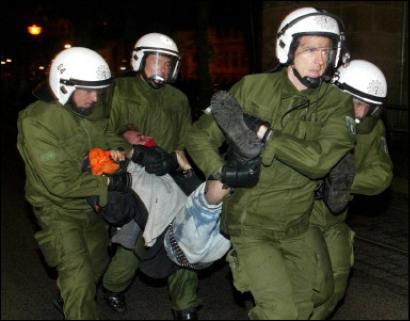 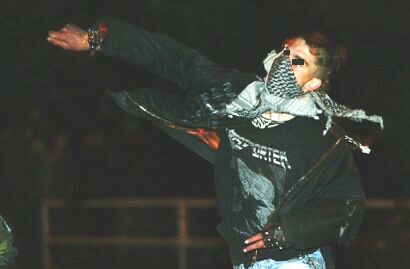 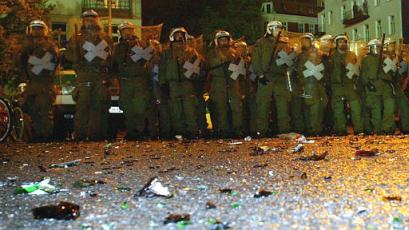 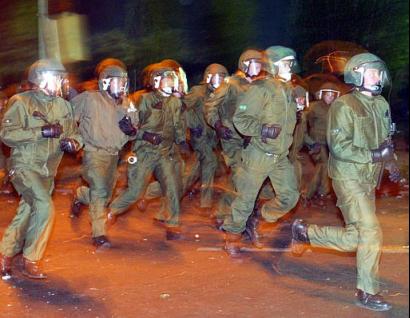 Add Your Comments
Latest Comments
Listed below are the latest comments about this post.
These comments are submitted anonymously by website visitors.
TITLE
AUTHOR
DATE
Don't forget...
@ from Greece
Berlin Anarchists Burn Cars as Violence Flares
Berlin Anarchists
Riot Against Capitalism - May Day 2003 - Berlin
Riot Against Capitalism
Support Independent Media
We are 100% volunteer and depend on your participation to sustain our efforts!