May Day: Remembering the street peddlers (by Latuff)

by Latuff (latuff [at] uninet.com.br)
Copyright-free photos by Brazilian cartoonist Latuff on behalf of Brazilian and worldwide street peddlers. 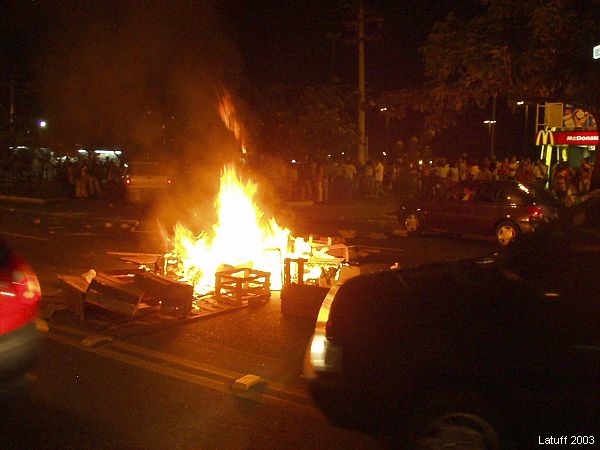 While I was taking pictures, street peddlers surrounded me and started to attack, taking my camera away. During all that mess, as almost a miracle, I took my camera back but they stole sunglasses, wrist watch and my drawing kit. The only damage in the camera was the strap, ripped.

State military police arrived and everything was finished. I did not see anybody arrested.

In spite of viollence I suffered from peddlers, I don't have any doubt that they are, in fact, VICTIMS of systematic harassment by city guards. Prefecture of Niteroi, as well as Rio de Janeiro, see as enemies of state that crowd of unemployed who try to survive being street peddlers.

In this May Day, let's remind those peddlers and repression they suffer day-by-day.

( More pics from this incident at http://uruguay.indymedia.org/news/2003/04/13238.php )
END_OF_DOCUMENT_TOKEN_TO_BE_REPLACED
Add Your Comments
Support Independent Media
We are 100% volunteer and depend on your participation to sustain our efforts!