Add an Event
Newswire
Calendar
Features
Home
Donate
From the Open-Publishing Calendar
From the Open-Publishing Newswire
Indybay Feature
Publish to Newswire
Add an Event
Related Categories: Anti-War | Education & Student Activism
9-11 Story Examined with Screening of AfterMath: Unanswered Questions from 9-11
by CA
Tuesday Apr 22nd, 2003 3:58 PM
The official version of the events of 9-11 were examined and dissected by eminent researchers after last night's screening of AfterMath: Unanswered questions from 911 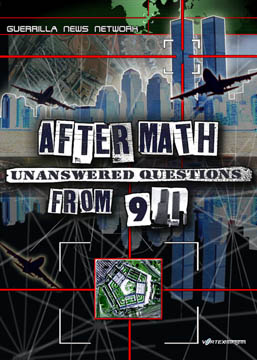 SAN FRANCISCO — Hundreds of people were left in the cold last night in a vain attempt to get in to the Herbst Theatre in San Francisco for the screening of "AfterMath: Unanswered Questions from 9/11" with a follow-up panel discussion with key individuals profiled in the movie.

The film AfterMath features nine people who answer eleven of the most pressing questions about the official version of events regarding 9-11. Some of the questions posed in the film are: Why wasn’t the US military able to intercept the hijacked planes?; Is there any historical evidence to suggest that the government may have used the 9/11 attacks to justify its war in Central Asia?; and, How has recent legislation like the PATRIOT ACT and the Homeland Security Bill affected the lives of American people?

After the showing of the Guerrilla News Network film (gnn.tv) narrated by hip-hop artist Paris the audience burst out in applause and gave a standing ovation. The applause extended to voices in the film — Michael Ruppert, Peter Dale Scott, Riva Enteen, who spoke briefly before the panel opened to questions. Moderating the panel was Barrie Zwicker, producer of The Great Deception, the path-breaking documentary that challenged the official 9-11 narrative over a year ago. Zwicker cut right down to the chase by asking four questions of the audience "To get a feeling of where you all are" — How many believed that elements of the U.S. government not just knew but actively participated in the highjackings of 9-11 , in a word were complicit? (about 75 percent of the audience raised their hands); How many of you believe in the official story of what happened on 9/11? (a smattering of hands); How many think Bush knew? (about 50% raised their hands); and, finally, how many people haven’t put their hands up?

The questions obviously made some people uncomfortable as a few shifted nervously in their seats and a few got up to leave, but for the most part the audience was appreciative of the hard line of questions as apparent by their enthusiastic applause and shouts.

The turnout was a pleasant surprise for the organizers who said that up until two days before the event that they had only sold about 120 tickets for a theatre holding about a thousand seats.

Carol Brouillet, co-creator of the Deception Dollar which sponsored the event last night was excited about the response. "It was a great turnout, very encouraging to see so many people. We were a little worried about what kind of response we would get as a lot of the press is hesitant to pick up and write about this event." She said a good deal of the success had to do with dedicated people working to get the word out about 9-11 and the great marketing material produced by her colleague Blaine Machan, artist for the Deception Dollar and AfterMath postcards and posters.

Brouillet, who is hoping to break even after tonight’s showing of the film in Palo Alto, said, "it was a great success putting this event on even if we do lose money. It’s just so important to get this information out to people, to get them to talk. Whatever money raised either through these venues or by sales of Deception Dollars goes right back into producing more dollars and educational material. This has been my life."

Tonight’s showing is in Palo Alto’s Spangenberg Theatre at Gunn High School, 780 Arastradero Road. Reception is $25 and starts at 5:30, film screening is at 7:30 and cost $10. The film is followed by a dialogue with Michael Ruppert, Riva Enteen, Peter Dale Scott, Richard Heinberg with moderator Barrie Zwicker. Tickets available through City Box Office http://www.cityboxoffice.com or call 415-392-4400. 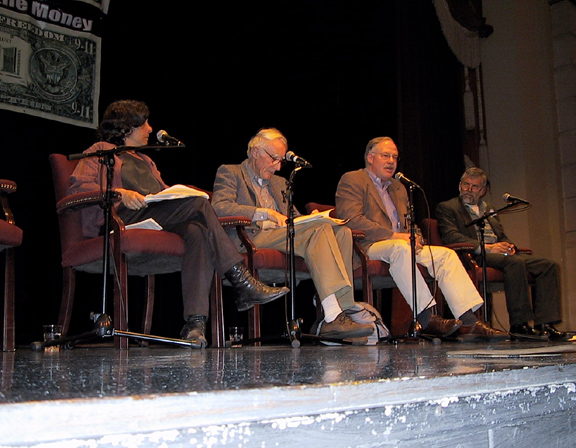 Panelist Riva Enteen, Peter Dale Scott, Michael Ruppert and Barrie Zwicker discuss some of the problems with the official story of 9/11 and how draconian legislation is affecting all Americans
§Standing ovation
by CA Tuesday Apr 22nd, 2003 3:58 PM 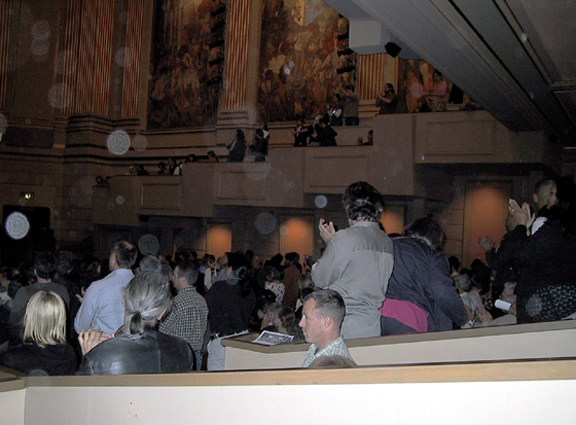 After the film the audience gave the producers, Guerrilla News Network, a standing ovation.
Add Your Comments
LATEST COMMENTS ABOUT THIS ARTICLE
Listed below are the latest comments about this post.
These comments are submitted anonymously by website visitors.