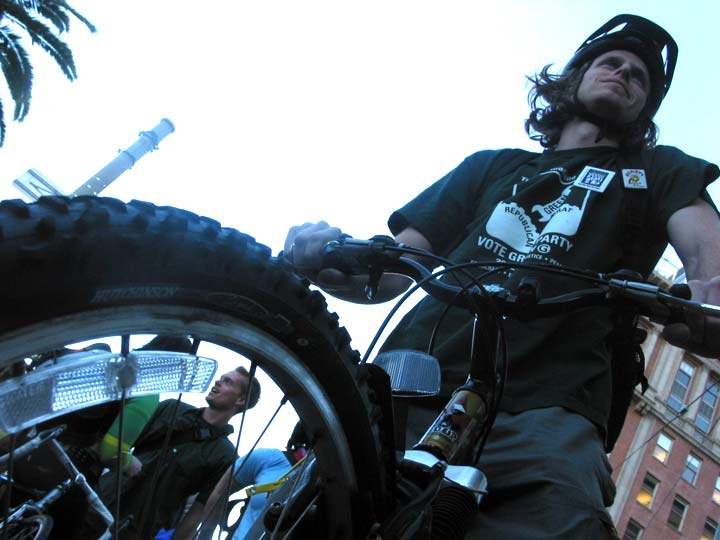 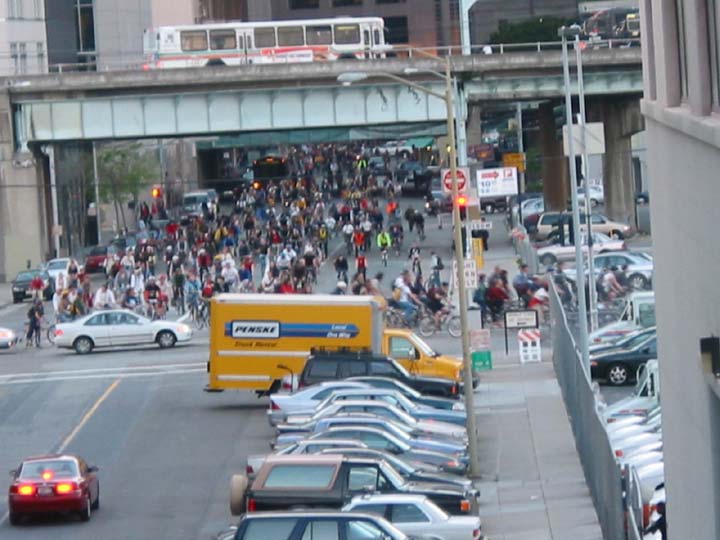 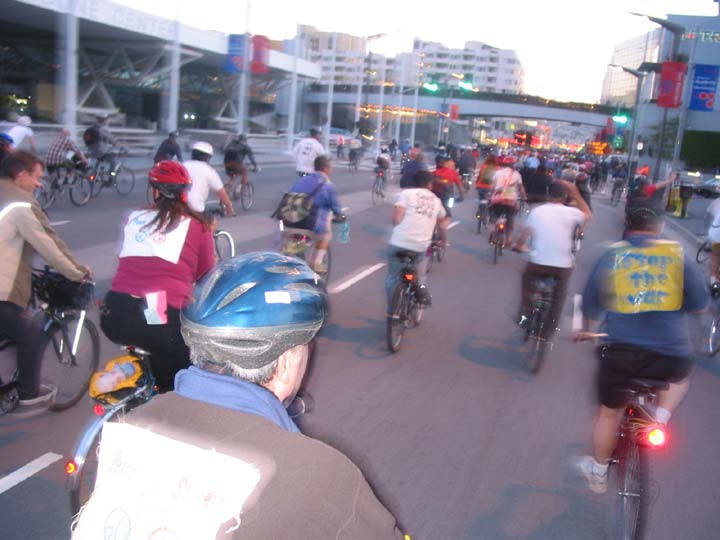 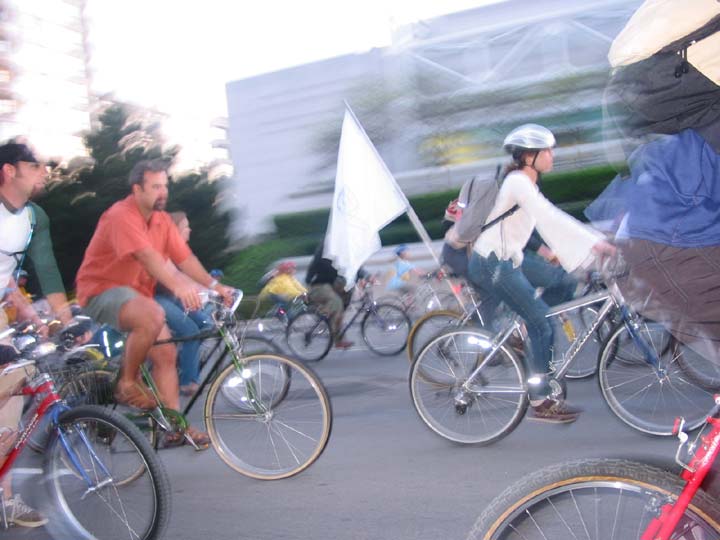 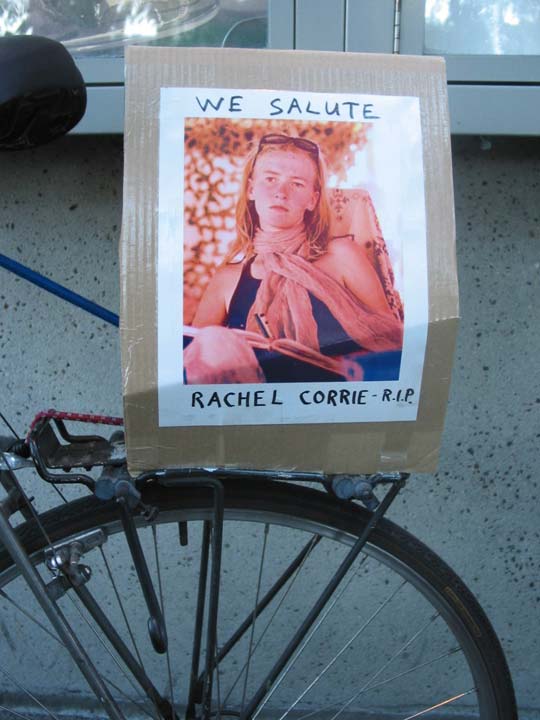 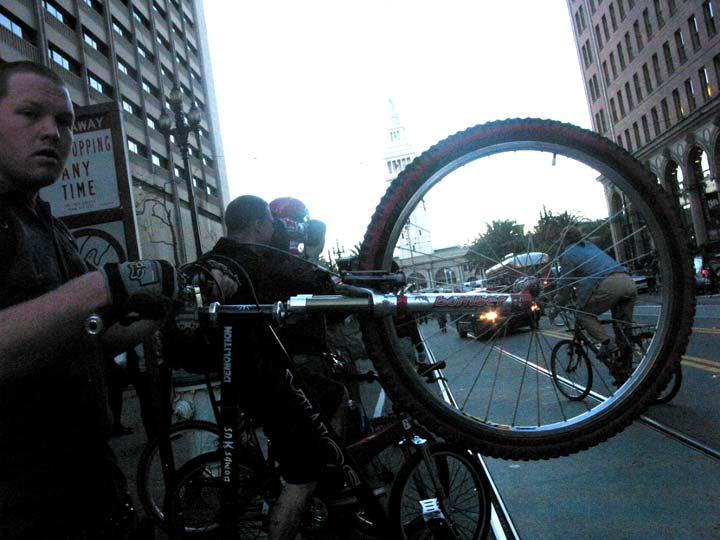 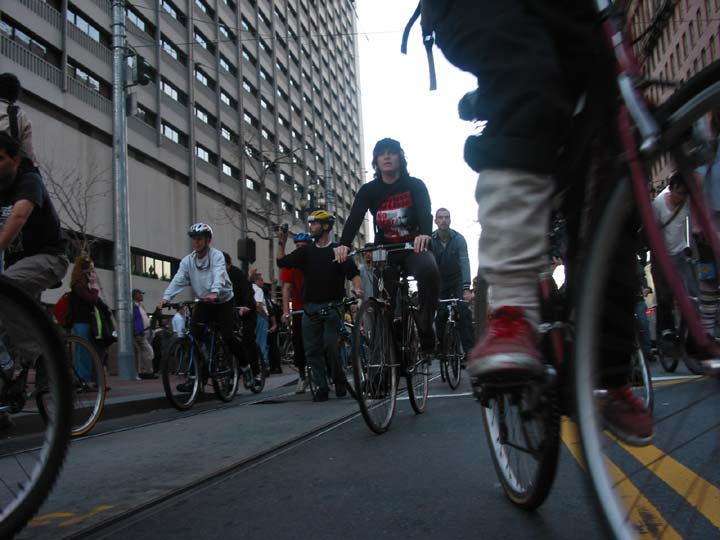 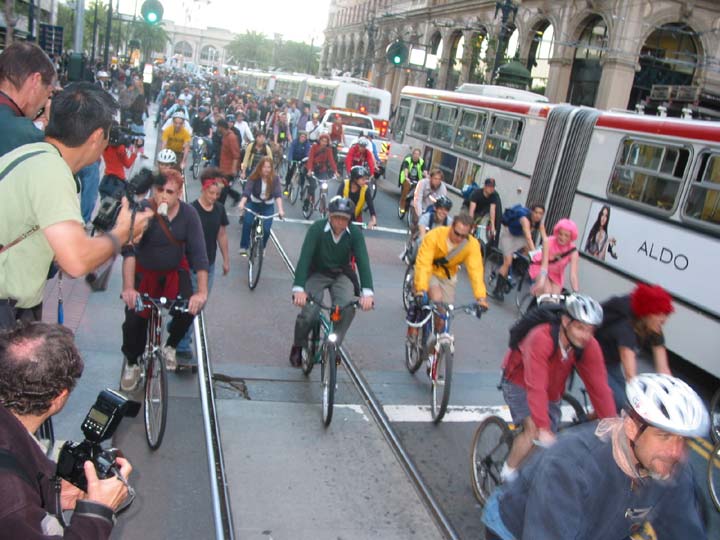 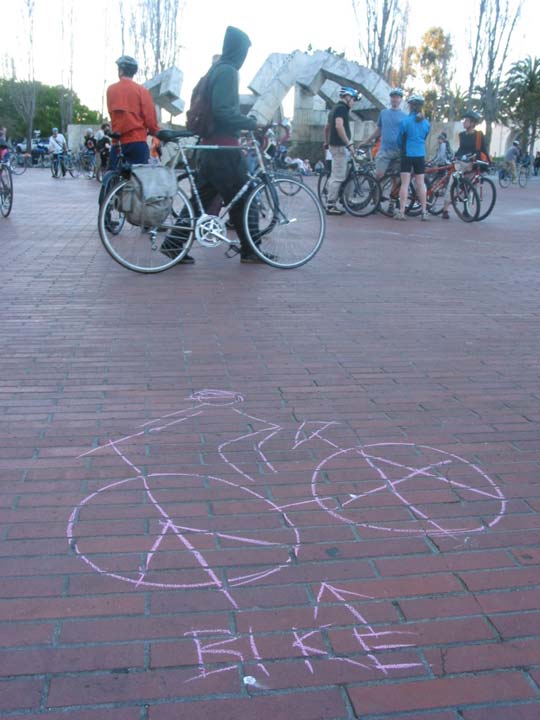 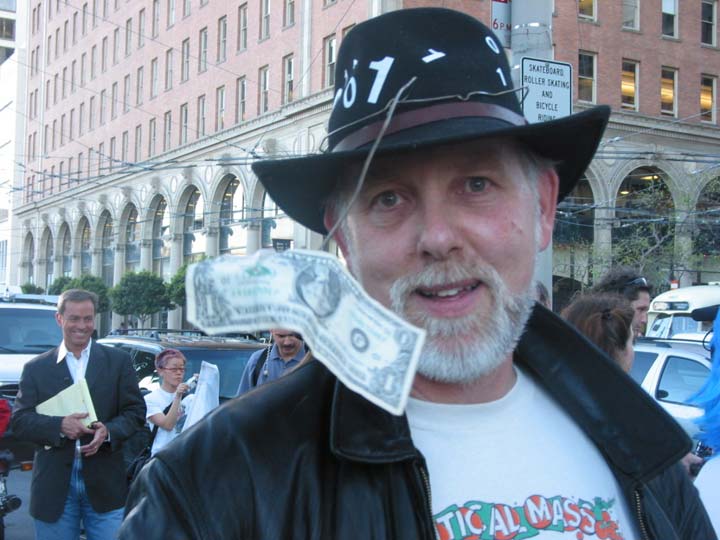 §10.5
by iratemix
(iratemix [at] hotmail.com) Saturday Mar 29th, 2003 12:21 AM
This Critical Mass ride was actually the ten and a half year anniversery ride. The tenth anniversery ride was last September. I don't know what Willie Brown was smoking when he was on Ch 2 News saying it was the 11th anniversery. But I am sure glad that he did not call for a "preemptive strike" against the "Bikes not Bombs" group that were going to hijack Critical Mass and turn it into an Anti War Protest. I see Willie Brown knows as much about the affairs in his city as Herr rumsfeld and henchmen know about military science.
Peace
Add a Comment
§Willie time it's the 11th anniversary...
by FYI
Saturday Mar 29th, 2003 12:27 AM
A small point: the 10th anniversary was last September, don't believe everything you hear on the corporate media, 'cause they're apparently on Willie time (where the facts change with his perspective). They were quoting Willie's mis-statements.I bet Willie forgets anniversaries with his girlfriends too. Nice pictures though!
Add a Comment
§hi-jack?
by oh really.
Saturday Mar 29th, 2003 12:39 AM
Yeah, a damn shame about all those peace signs and shit. damn hippies. what are they thinking about, protesting an oil war.

seriously though, the mass is what you want it to be. If some people wanted tonight to be a peace ride, that's what it was, if some wanted it to be just a social occasion or whatever, that's fine too. The only time the mass was hi-jacked was when someone got corporate sponsors to provide beer and hi-jack the mass to Sausalito every June. but hey- some people love that ride too. whatever, we all usually have a good time, whether we're political or not. taking ownership of the mass is everyone's right and happy chore. bring a route map next month and hi-jack it yourself.
Add a Comment
§...
by ...
Saturday Mar 29th, 2003 5:38 AM
Biafra - 2004
Add a Comment
§hijacking is for planes
by masser
Saturday Mar 29th, 2003 10:30 AM
obviously critical massers can and should defend the sanctity of the ride, its sacred traditions, and as such might feel impugned upon by the influx of THOUSANDS OF BICYCLISTS AGAINST OIL WAR, FILLING THE STREETS AS FAR AS THE EYE CAN SEE, SNAKING PAST FREEWAY ON AND OFFRAMPS AND CHANTING BAY BRIDGE, and then visiting important points all over the City with a feeling of mutual elation and solidarity which no shopper can buy, the natural high.

But the Bikes Not Bombs organizers obviously thought about this when they posted this to the website:

NOTES TO THE MEDIA:

PLEASE USE OUR NAME, BIKES NOT BOMBS!

Clarification about Critical Mass: Some members of the Corporate Media have been calling Bikes Not Bombs, "Critical Mass". This is not technically correct, and the distinction is important. BNB is a group protesting the war, whereas Critical Mass is a celebration and generalized demonstration. BNB is organized much as Critical Mass in that there are no formal leaders, there is no hierarchy, and events occur spontaneously around the world. BNB is also using Critical Mass-styled tactics by filling the streets with bicycles and acting as a supervehicle (or parade/procession/march) when passing through traffic signals. Bikes Not Bombs differs in important ways, however. Bikes Not Bombs demonstrations sometimes use disruptive tactics meant to obstruct business as usual, such as die-ins. The two can sometimes coexist. Friday's huge Critical Mass in San Francisco will surely see large numbers of people opposed to the war functioning as Bikes Not Bombs during Critical Mass -- in fact some are already calling for BNB folks to begin riding immediately, and stay mobile while the main mass gathers. But Critical Mass remains a leaderless bike-in phenomenon with no stated ideology (not even "more bike lanes"), although many important messages are implicitly heard. Even pro-war people are known to participate. Critical Mass is a rolling free speech stage. The common denominator is that we RIDE TOGETHER. Gee I feel a Seven Seconds song comin' on... [adapted from an Indymedia post]

One more thing: the original group, Bikes not Bombs, sends bicycles to places that are war stricken. http://www.bikesnotbombs.org/. They are still quite active.
http://www.bikesnotbombs.net/
Add a Comment
§great!
by italian c-masser
Tuesday Apr 8th, 2003 8:06 AM
here in italy we do acts like yours
and mainstream media say we're antiamerican...

well, we can still see the difference between sane us people like you and the rotten & insane "W"administration.

love
Add a Comment
Support Independent Media
We are 100% volunteer and depend on your participation to sustain our efforts!