Add an Event
Newswire
Calendar
Features
Home
Donate
From the Open-Publishing Calendar
From the Open-Publishing Newswire
Indybay Feature
Publish to Newswire
Add an Event
Related Categories: Police State & Prisons
Eyewitness to Policeman Breaking His Leg on Friday
by repost (anon-9702882 [at] craigslist.org)
Monday Mar 24th, 2003 3:37 PM
A San Francisco resident captured digital photos of 3/21 SFPD motorcycle wreck, which the Chronicle blames on an imaginary gang of bolt-throwing protesters. The photos are published for the first time here at SF Indymedia. 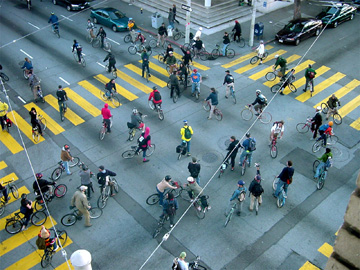 Not that it matters much in the greater scheme of things, but I happen to live at Franklin & McAllister Streets and had a ringside seat at Friday's rather wild mass arrests. This means I was able to witness the motorcycle policeman falling down and breaking his leg at the beginning of the evening's activities. The "Chronicle" reported that a protestor had thrown a bolt which caused the accident, but that story is complete nonsense, and I have the photos to prove it.

The action at the intersection of McAllister and Franklin started with a group of about 100 Critical Mass bicyclists taking over the intersection briefly, and then four motorcycle cops came up McAllister Street from Van Ness and stayed there near the crosswalk at Franklin. A few seconds later a fifth motorcycle cop arrived driving slowly and had to swerve at the last second in order not to hit one of the four cops who had already stopped. Which means he fell to the left and went boom. I have nothing but sympathy for the injured officer, but at the time I laughed because it looked so Keystone Cops. Then another dozen motorcycle officers arrived, almost running over their downed colleague, and I think everyone was just waiting for him to get up off the street, but he didn't. That's when the call went out, "Man down," and all hell broke loose, with protestors being wedged in through the park next to the Opera House from Van Ness to Franklin Street, and tactical squads, sheriffs deputies, and so on appearing in formation from everywhere.

Anyway, I have digital photos of all of this, and if anybody needs them for any kind of defense, get in touch with me. The point is that the Critical Mass protestors were way ahead of the policeman who went down, and the larger group were still behind on Van Ness. In other words, there WERE no protestors anywhere near the motorcycle cop who could have thrown any so-called bolt.

By the way, I have nothing but respect for both the protestors who are putting their time, liberty and bodies on the line to protest this disgusting war/massacre in Iraq. And I have a lot of respect for the San Francisco police who have been extraordinarily restrained and fairly good-humored about the situation so far. I'm from the Los Angeles area originally, which has always been a violent police state, and I was just reminded again why I've loved living here over the decades. 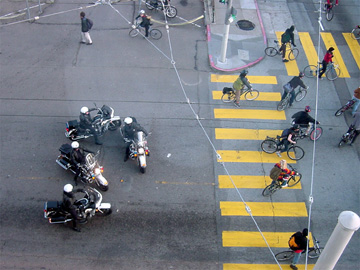 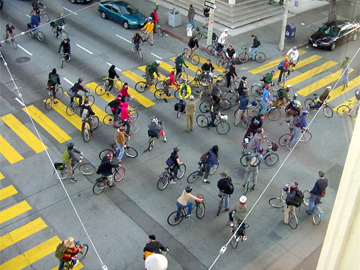 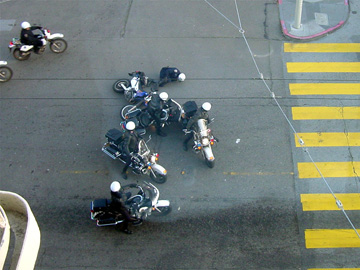 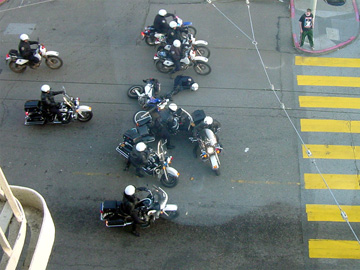 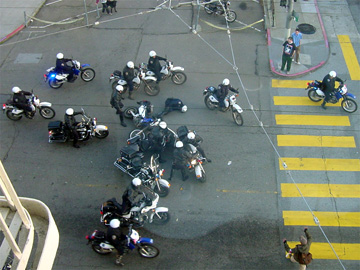 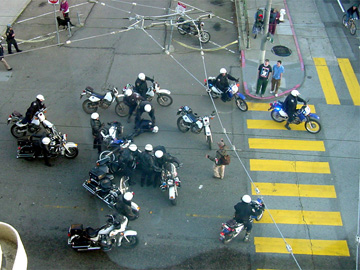 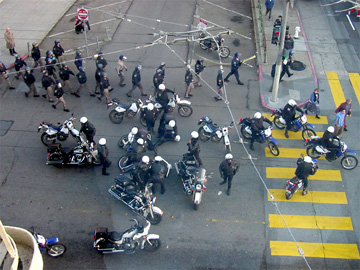 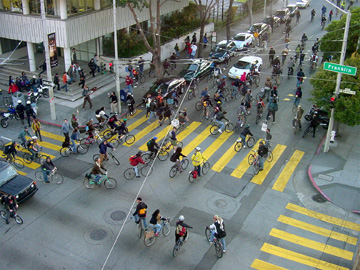 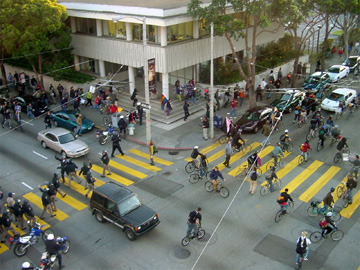 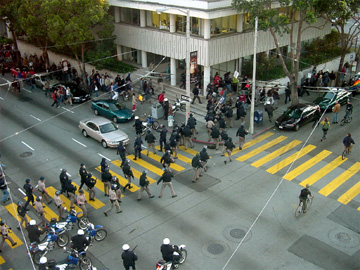 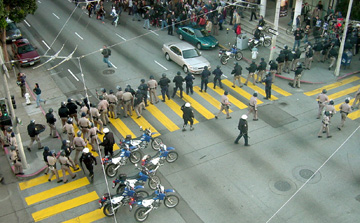 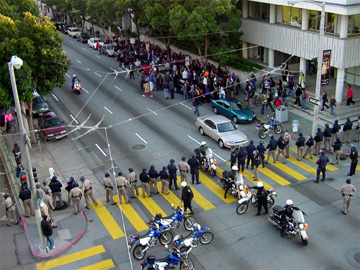 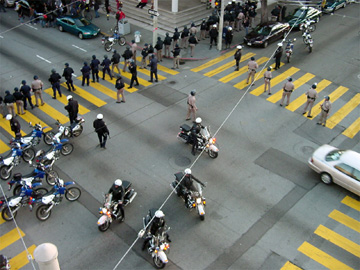 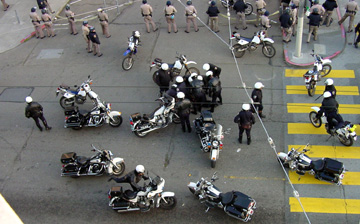 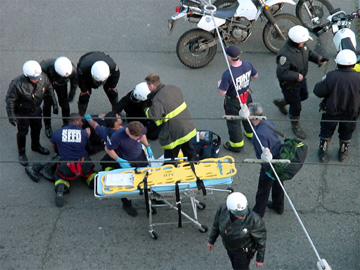 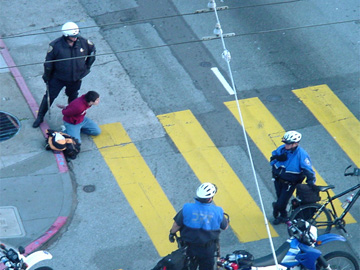 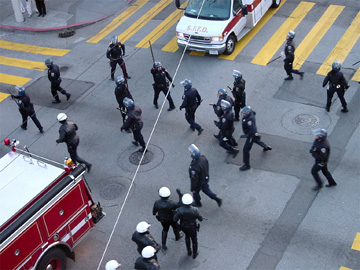 http://www.craigslist.org/sfo/sfc/com/9702...
Add Your Comments
LATEST COMMENTS ABOUT THIS ARTICLE
Listed below are the latest comments about this post.
These comments are submitted anonymously by website visitors.