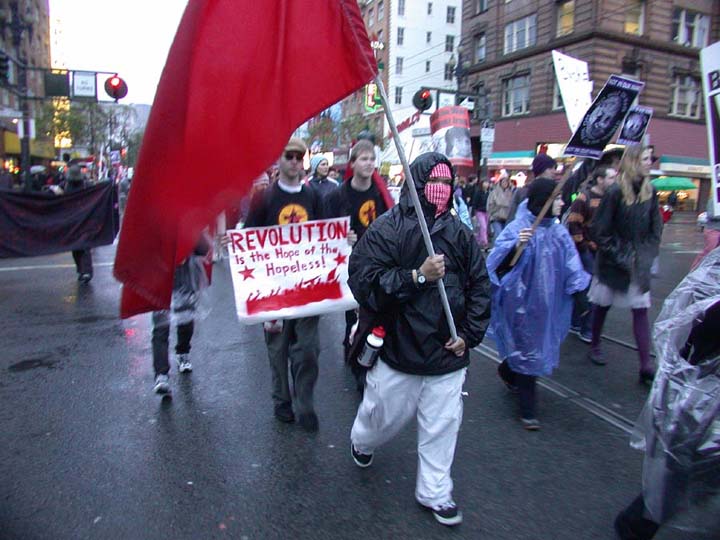 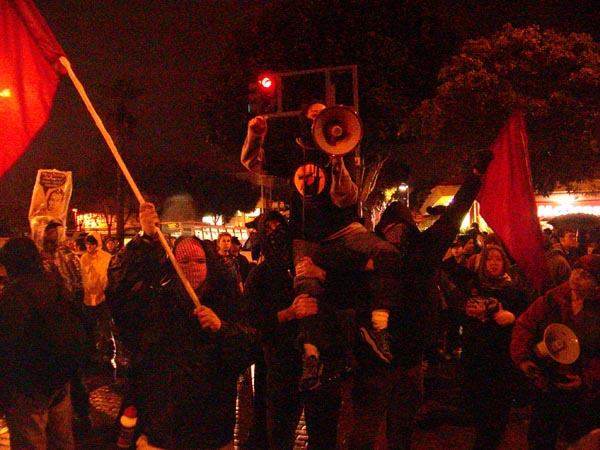 Youth agitating as protest gets the word that war has begun on March 19 at 24th and Mission
http://www.rwor.org
§High School Youth
by Felix Barrett / Revolutionary Worker Sunday Mar 23rd, 2003 3:09 PM 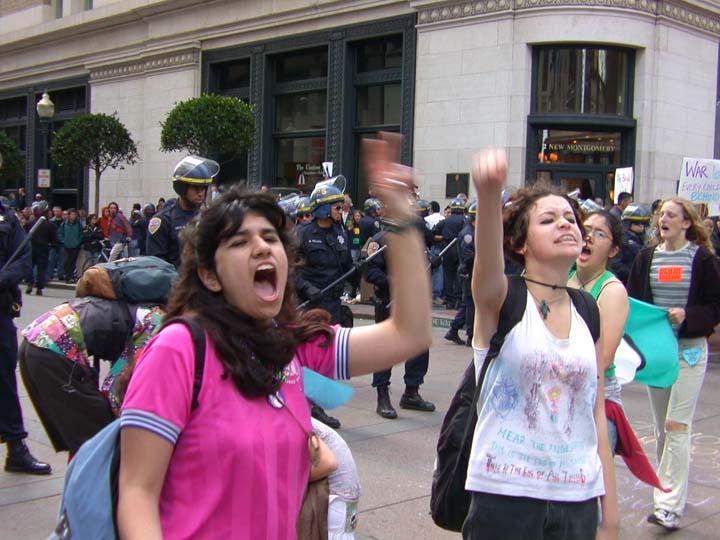 High School Youth dancing in front of a police line. Minutes after this was taken they were surrounded and arrested. I ran into them later and they said that the cops had let them go but threatened that they "would beat them to a bloody pulp" if they were seen again. They didn't stop.
http://www.rwor.org
§Building Barricades
by Felix Barrett / Revolutionary Worker Sunday Mar 23rd, 2003 3:10 PM 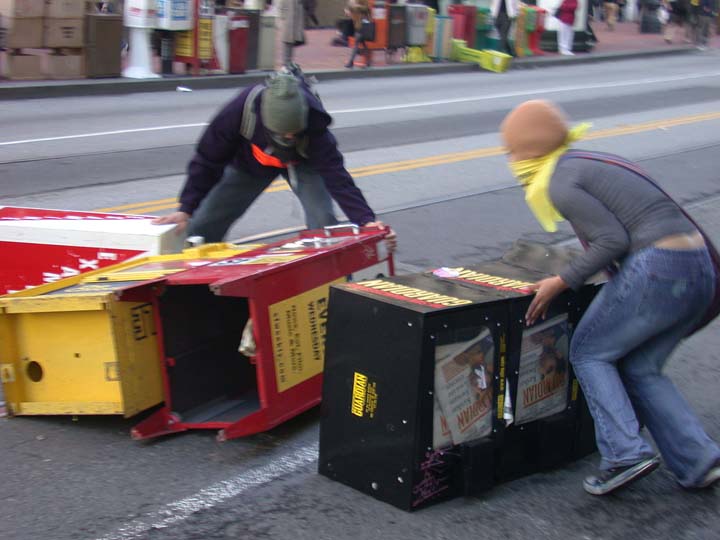 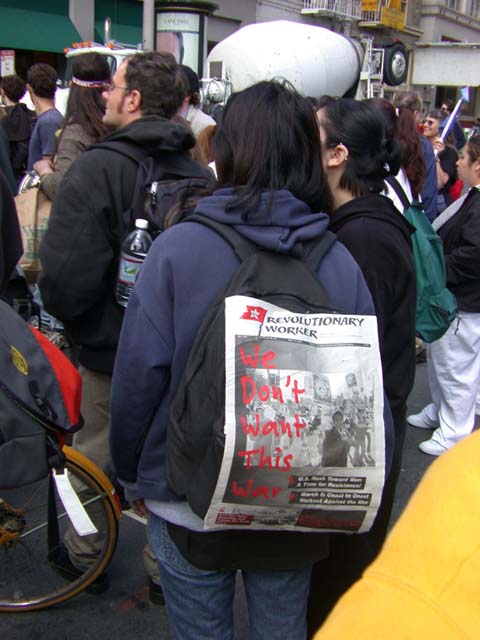 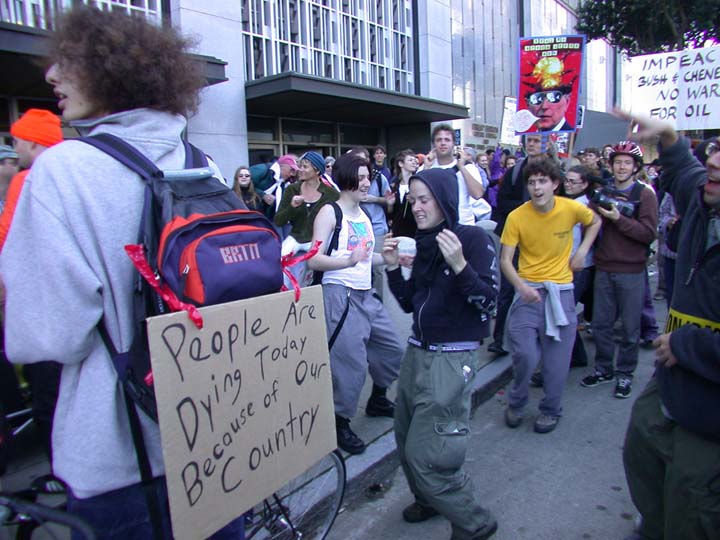 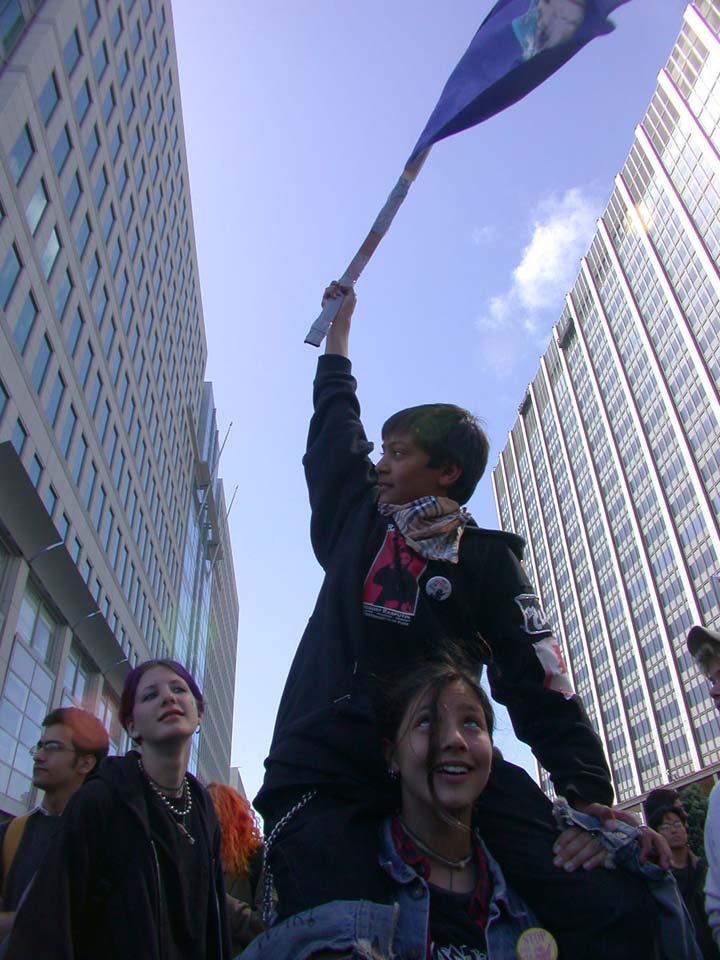 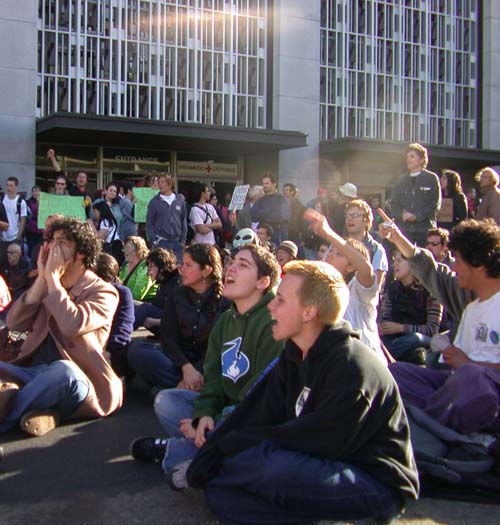 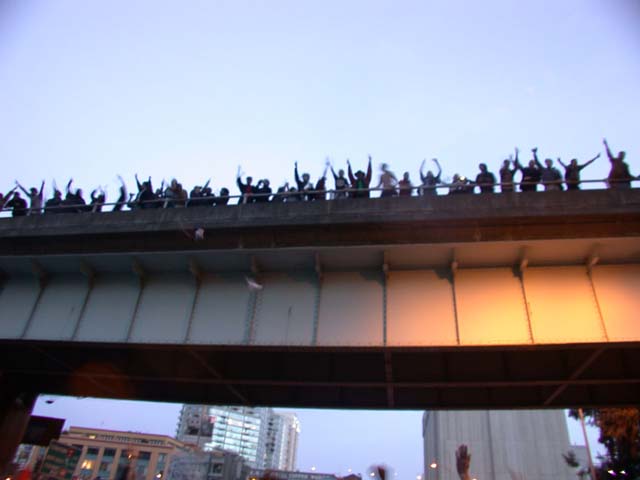 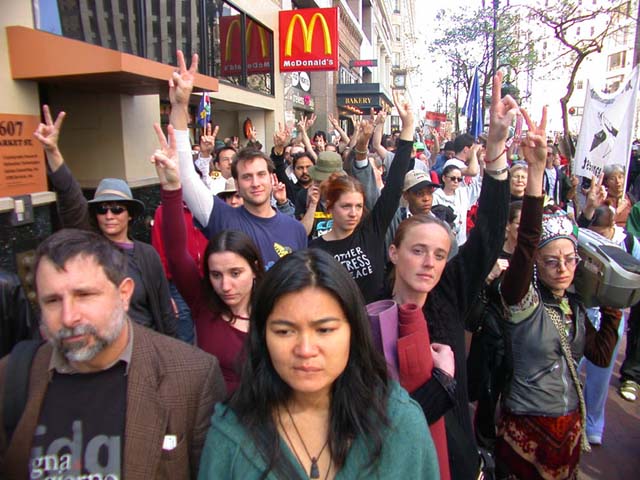 A moment of Silence as people hear that "Shock and Awe" has begun.
http://www.rwor.org
Add Your Comments
Support Independent Media
We are 100% volunteer and depend on your participation to sustain our efforts!