Add an Event
Newswire
Calendar
Features
Home
Donate
From the Open-Publishing Calendar
From the Open-Publishing Newswire
Indybay Feature
Publish to Newswire
Add an Event
Related Categories: Police State & Prisons
SFPD Arrest Demonstrators, Tourists and Movie-going Minors
by 0ccupant
Sunday Mar 16th, 2003 12:55 PM
This Japanese tourist didn’t have the benefit of knowing English or any of the other people arrested at Third and Market. In San Francisco for a vacation and not protests, he’ll bring home a lifetime memory of his stay in the freest land on earth. 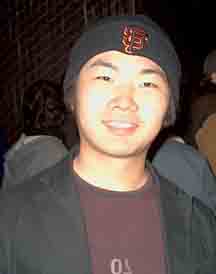 San Francisco Police were determined not to allow demonstrators into the same street they had marched during the October, January and February rallies. Around 175 protesters were arrested at Third and Market without warning. Among the arrested were two girls of twelve and thirteen who did not participate in the demonstration, but had just seen a movie at the Metreon. Non-English speaking Japanese tourist, in the United States for only a few days, was arrested while being at the wrong place at the wrong time. He was not even aware of the protests. One woman was struck across the crown of her head and choked.

Friends and relatives of the arrested were forced to wait in the dark after police relegated the crowd of fifty supporters to the Seventh Street sidewalk of the San Francisco Detention Center. 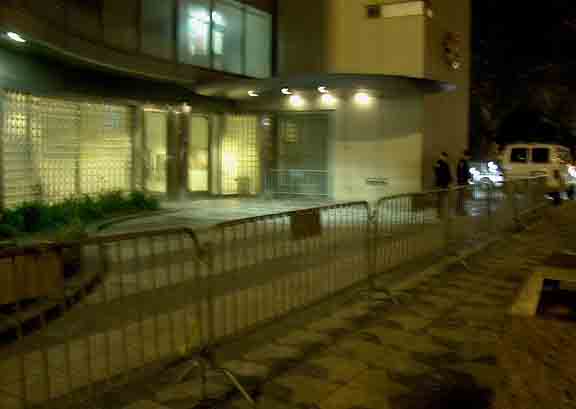 The area where supporters were allow wait after the February 16th arrests was fenced off and guarded by police. Police vehicles were parked along the street making it difficult for a news van to broadcast the way they did in last month’s rally.

§Man pleads with police to be able to wai for his wife
by 0ccupant Sunday Mar 16th, 2003 12:55 PM
Listen now:
Copy the code below to embed this audio into a web page:
Download Audio (115.5KB) | Embed Audio
At 9 pm police announced that because the remaining two arrestees did not have identification they would not be released. Police then ordered supporters to disperse or they would be arrested. One man whose wife was still in jail brought his wife’s ID and asked the officer to take it. The officer refused and told the man to leave.
Add Your Comments
LATEST COMMENTS ABOUT THIS ARTICLE
Listed below are the latest comments about this post.
These comments are submitted anonymously by website visitors.