Add an Event
Newswire
Calendar
Features
Home
Donate
From the Open-Publishing Calendar
From the Open-Publishing Newswire
Indybay Feature
Publish to Newswire
Add an Event
Related Categories: Anti-War
Direct Action to Prevent War
by Liz Highleyman (liz [at] black-rose.com)
Friday Mar 14th, 2003 12:57 PM
About 60 protesters were arrested in downtown San Francisco on March 14 in direct actions to stop the war before it starts. 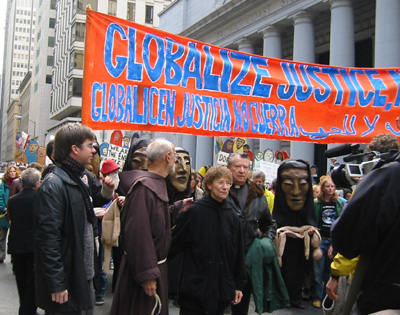 Some 60 protesters were arrested the morning of March 14 in downtown San Francisco taking part in an emergency direct action to prevent war in Iraq. For weeks Direct Action to Stop the War (http://www.actagainstwar.org) has been organizing "day-after" actions for the next business day after a war starts, but many felt the need for a "preemptive strike" to stop war before it starts.

Over 200 demonstrators gathered at dawn at the old Pacific Stock Exchange building at Pine and Sansome. Several speakers rallied the crowd, including student, queer, labor, faith, and people of color activists. "We do not support our troops by sending them into the hell of war," said Gulf War veteran Eric Johansen. "We support them by bringing them back home."

"Most of my life I've followed the rules," said Warren Langley, a retired Air Force colonel and former president of the Pacific Stock Exchange ,who said he represented the Establishment. "But this is so important I had to get out of my comfort zone." Langley was among those arrested later in the morning. "There are a lot of people just like me. This is the heart of democracy," he continued. "We're going to make it hurt here" if Bush continues his drive to war.

Some protesters went on to form a blockade outside the financial trading floor, while others blocked the intersection of Bush and Montgomery. About 30 sat down in the street - chanting "We are blocking Bush!" - and were arrested about 8:30am after police gave a dispersal order. In addition to Langley, arrestees included Father Louis Vitale, Sister Bernie Galvin, Mary Bull, and Barry Amundsen, who lost his brother in the 9/11 attacks.

Despite the threatening rain clouds - and with spirits kept high by the Brass Liberation Orchestra - protesters continued down Bush Street to Market. About 5 more were arrested en route when they lied down in the road. On Market Street at the Bush/Battery intersection around 9:30 am, two separate groups of about 15 each blockaded the road and were also arrested and loaded into sheriff's buses. 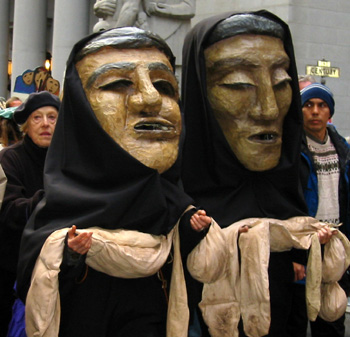 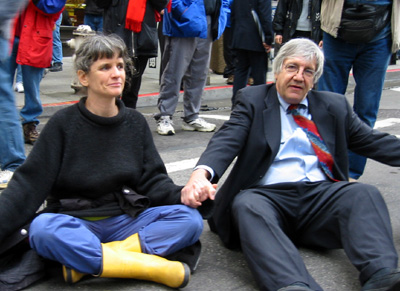 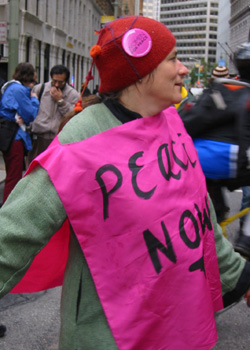 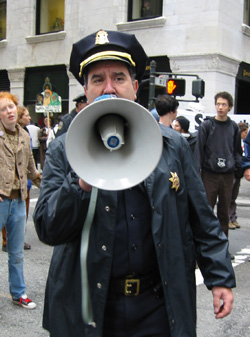 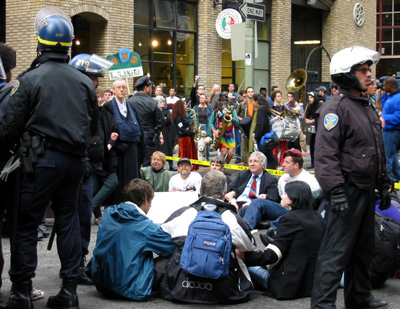 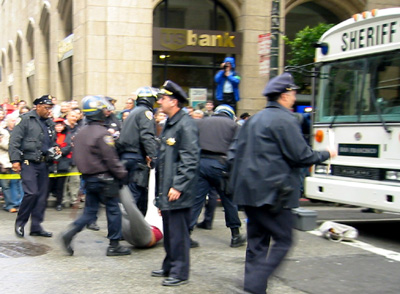 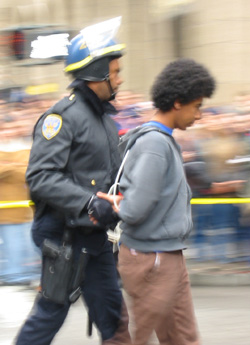 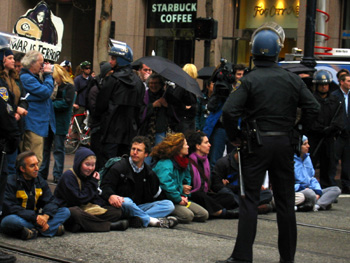 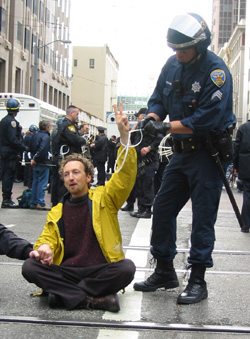 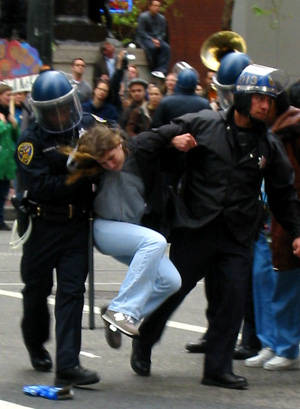