Add an Event
Newswire
Calendar
Features
Home
Donate
From the Open-Publishing Calendar
From the Open-Publishing Newswire
Indybay Feature
Publish to Newswire
Add an Event
Related Categories: Iraq | Anti-War
SF Queers March Against War
by Will Doherty
Saturday Feb 22nd, 2003 2:48 PM
About 50 queer activists gathered starting at 5:15pm on February 21 at Castro and Market Streets in San Francisco to protest plans for a war in Iraq. The activists then took one lane of Market St. and marched down to the San Francisco Lesbian, Gay, Bisexual, and Transgender Community Center where they had a die-in and burned several U.S. flags. 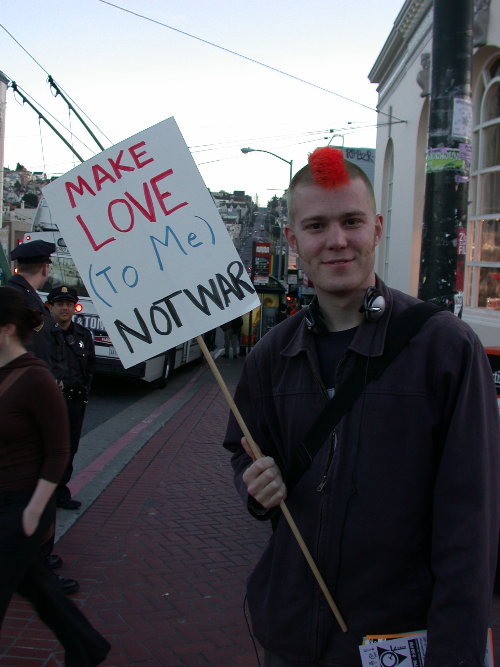 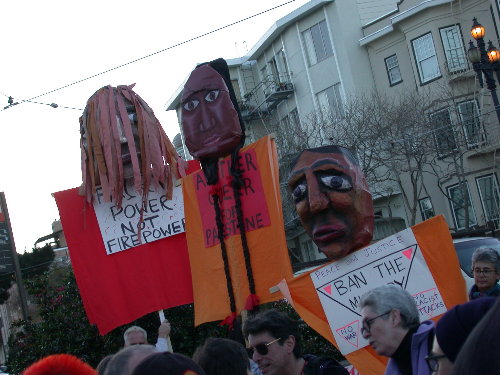 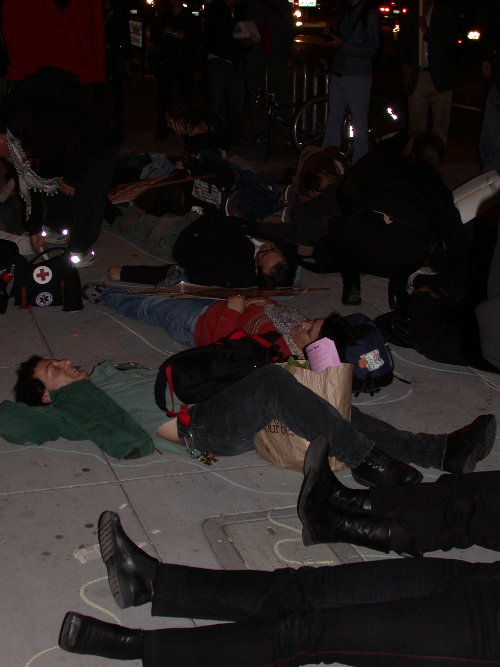 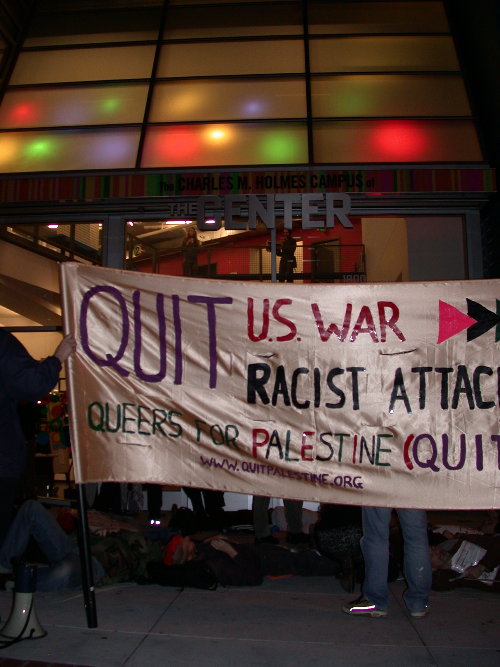 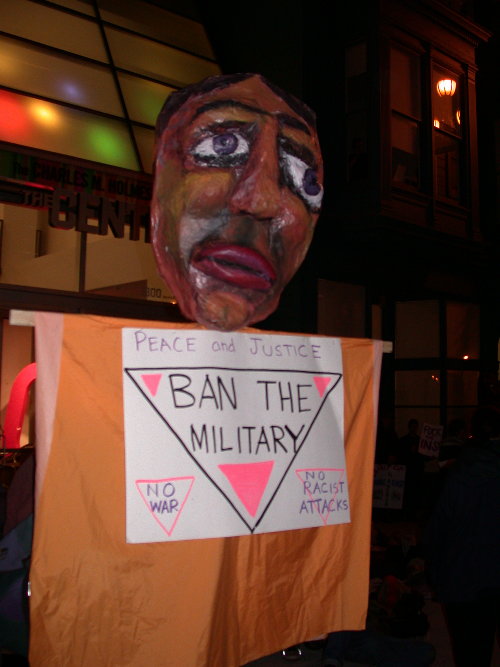 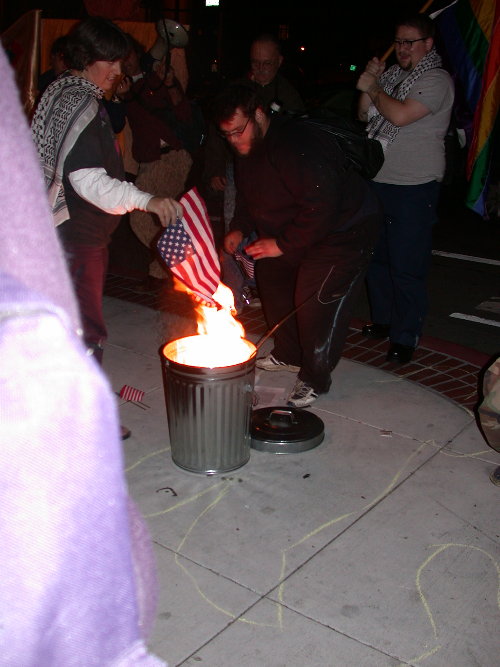 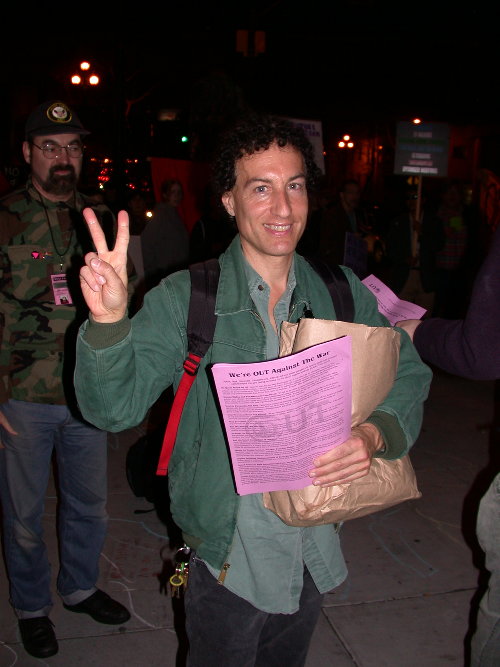 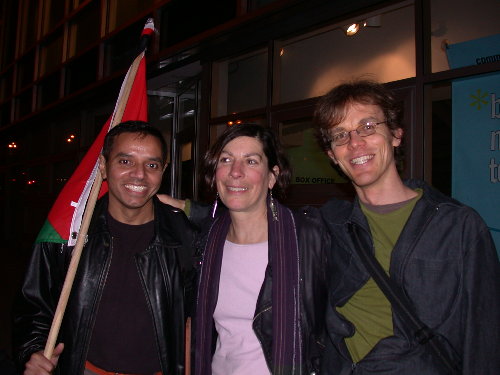 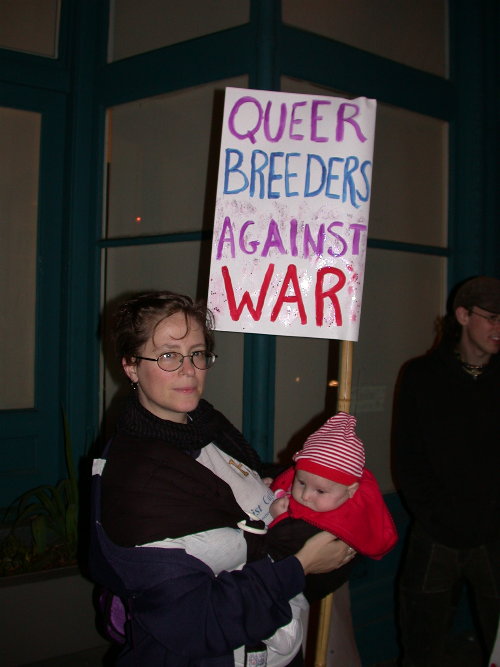 §americans are killers
by get it str8
Saturday Feb 22nd, 2003 6:33 PM
the single largest producer of biowarfare agents is in ft. detrick maryland is operated by the US government with your tax dollars.

furthermore, it's obvious that you are a self-hating closeted homosexual. liberate yourself before you harm yourself or others.

This refers to a post that was removed due to its homophobic content.
Add a Comment
Support Independent Media
We are 100% volunteer and depend on your participation to sustain our efforts!