Add an Event
Newswire
Calendar
Features
Home
Donate
From the Open-Publishing Calendar
From the Open-Publishing Newswire
Indybay Feature
Publish to Newswire
Add an Event
Related Categories: Police State & Prisons
Free Speech Silenced: Palestinian Activist Sami Al-Arian Arrested In Florida
by The Came For The Palestinians...
Thursday Feb 20th, 2003 9:58 AM
2/20/2003: WASHINGTON (Reuters) - A Palestinian professor in Florida and three others were arrested on Thursday in a case about alleged financing of terrorism, federal law enforcement officials said. They said federal agents arrested Sami Al-Arian, a tenured computer sciences professor at the University of South Florida, two others in Tampa, Florida, and one person in Illinois, near Chicago. 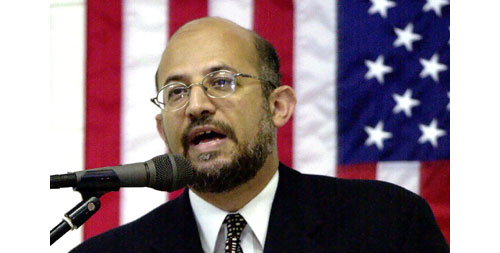 At a conference at UC Berkeley on 2/16, Prof. Sami Al-Arian called for solidarity with the Palestinian struggle against the occupation, and spoke out against the repressive, discriminatory tactics of the "J. Edgar Ashcroft" regime. 20 minute MP3. 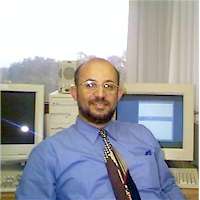 The Prime-Time Smearing of Sami Al-Arian, Eric Boehlert, Salon.com
Salon.com takes NBC, Fox News, Media General, and Clear Channel radio to task for pandering to anti-Arab hysteria and ruining the life of an innocent professor. These influential news organizations dredged up allegations that an Islamic think tank Al-Arian founded was tied to terrorist activities, a charge that resulted in the University of South Florida firing the tenured Computer Science professor. But those allegations were thoroughly investigated and rejected years ago, Boehlert points out. "The Al-Arian story reveals what happens when journalists, abandoning their role as unbiased observers, lead an ignorant, alarmist crusade against suspicious foreigners who in a time of war don't have the power of the press or public sympathy to fight back. It's called a pile-on, and this game first began in Tampa, seven years ago."
--Sara V. Buckwitz
http://www.indybay.org/news/2002/02/116592...
§More On Arrest
by BBC (Which Ethnic Group Will The US Round Up Next?) Thursday Feb 20th, 2003 10:10 AM 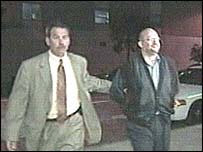 The authorities in the United States have arrested a Palestinian university professor suspected of having links to terrorist groups.
Sami al-Arian - who taught at a Florida university - is one of several people arrested in the US and abroad, the FBI said.

The charges against him are to be released at a court appearance later on Thursday.

Mr al-Arian has been under investigation since the early 1990s when he co-founded a now defunct Islamic studies think-tank, which the US Government considered a frontline organisation that raised funds for the Palestinian militant group, Islamic Jihad.

He has denied any links to terrorists and told reporters "it's all about politics," as he was led away in handcuffs.

US Attorney General John Ashcroft is due to give more details on the arrests on Thursday.

Mr al-Arian is one of three people arrested in Florida, a fourth in Chicago, and an undisclosed number arrested overseas, FBI spokeswoman Sara Oates said.

A spokesman for the US attorney's office in Tampa, Florida, Steve Cole, said the arrests were related.

Mr al-Arian, who has lived in the United States since 1975, had never been charged with a crime.

He was banned from the University of South Florida grounds - where he taught computer engineering - after the 11 September attacks in a controversial decision condemned by human rights groups.

Mr al-Arian and his brother-in-law, Mazen al-Najjar, founded the World and Islam Studies Enterprises, raided by the FBI in 1995.

Mr al-Najjar - who also taught at the same university - was kept been detained without charge for about five years before being deported from the US last August.

The academic caused controversy after being taped at a conference saying "Death to Israel" in Arabic.

But he has denied having any ties to terrorist groups and has denied supporting Palestinian suicide attacks against Israeli civilians.

And he argues he is being discriminated for his political beliefs.

"I'm an Arab, I'm Palestinian, I'm a Muslim. That's not a popular thing to be these days," he said last year when Mr al-Najjar was deported.

"Right now it seems like a majority of the people think 'No, you don't have rights because you don't agree with us.'

"We will continue to fight this. I believe the issue is still academic freedom, the right to espouse views however unpopular," he vowed then.

Sami al-Arian, who has been arrested in the United States for alleged links to terror groups, is no stranger to controversy.
The 44-year-old computer science professor is locked in a long-running dispute with his university, in what has become a prominent battle over academic freedom.

The father of five has been banned from his university for allegedly raising money for terror groups - a charge he has denied.

And, last month the University of South Florida went to court in an attempt to have the professor removed permanently - a move that has been condemned by the American Association of University Professors as an attack on academic freedom.

http://news.bbc.co.uk/2/hi/americas/2784865.stm
Add Your Comments
LATEST COMMENTS ABOUT THIS ARTICLE
Listed below are the latest comments about this post.
These comments are submitted anonymously by website visitors.