Add an Event
Newswire
Calendar
Features
Home
Donate
From the Open-Publishing Calendar
From the Open-Publishing Newswire
Indybay Feature
Related Categories: Palestine | Anti-War | Education & Student Activism
Photos From Protest During Barak's Speech At UCB
by Z
Wednesday Nov 20th, 2002 12:53 AM
On November 19th, 2002 former prime minister of Israel Ehud Barak spoke at Zellerbach Hall on the Univeristy of California At Berkeley Campus.Barak was invited to UCB by the Israeli Action Committe (a right wing Jewish Organization) and while the title of the talk was "Peacemaking: Prospects for the Israeli-Palestinian Conflict", he spent most of the talk attacking the Palestinians. 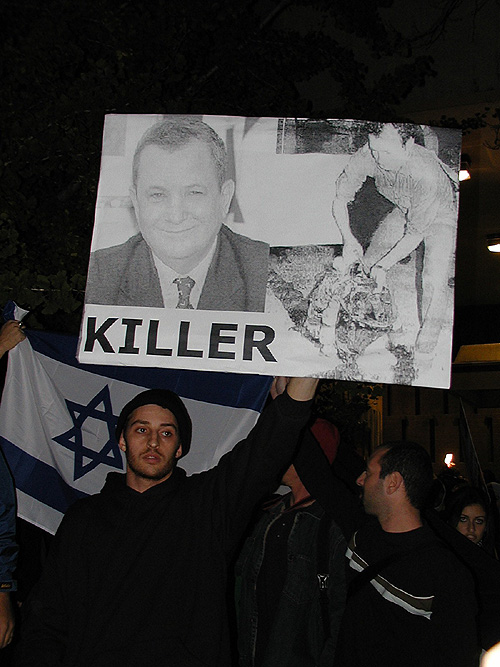 Protesters gathered in lower Sproul Plaza near Zellerbach but the entire area was cordoned off by the police. About 300-400 people carried signs calling for an end to the occupation while others spoke on microphones about the failure of Barak's supposed offers to the Palestinians (see links bellow). In the middle of Barak’s talk about 25 protesters stood up (wearing t-shirts with the word "lie" printed on them) and walked out. They were briefly detained but then let go.

After the talk was over, a proIsreal fanatic attacked a Palestinian woman and after a small scuffle he dropped a disposable camera and yelled for the police. A Palestinian man who may have pushed him was then arrested and is being held on felony charges for stealing and damaging the man's disposable camera… 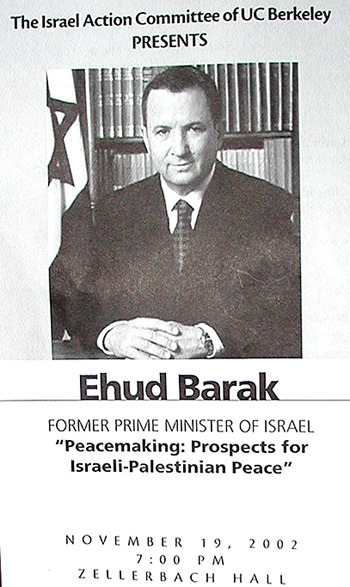 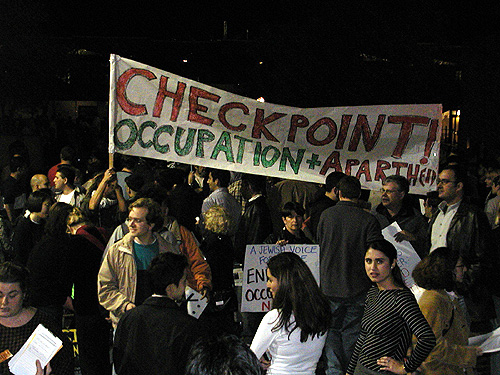 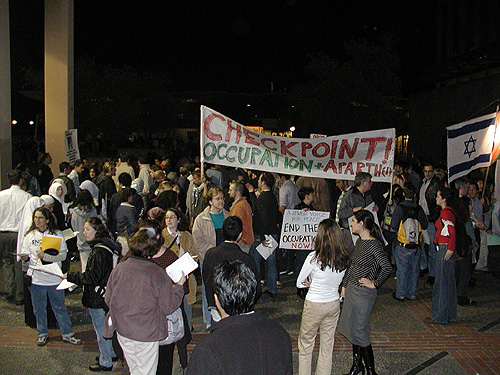 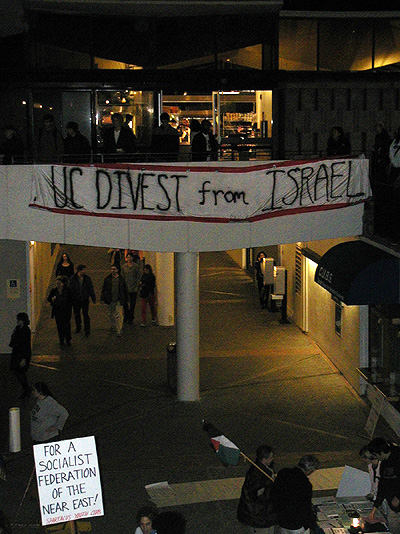 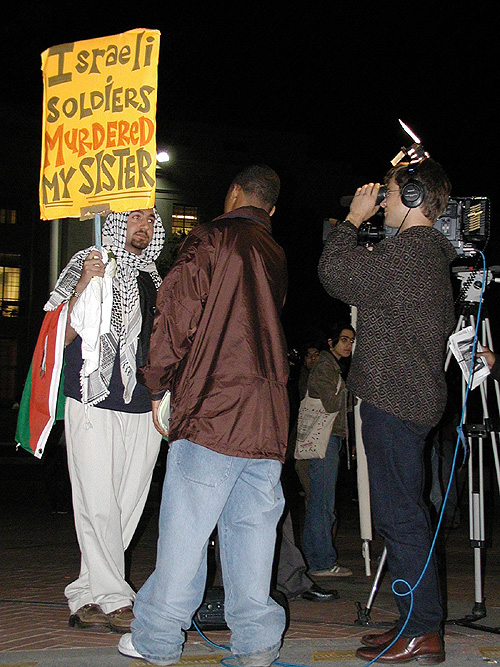 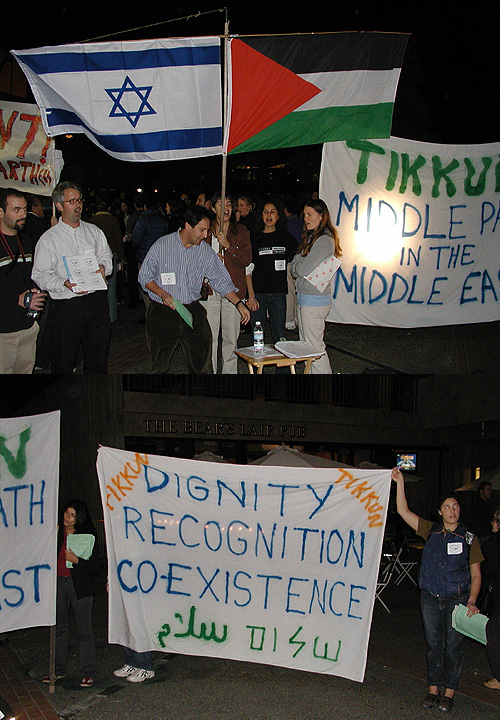 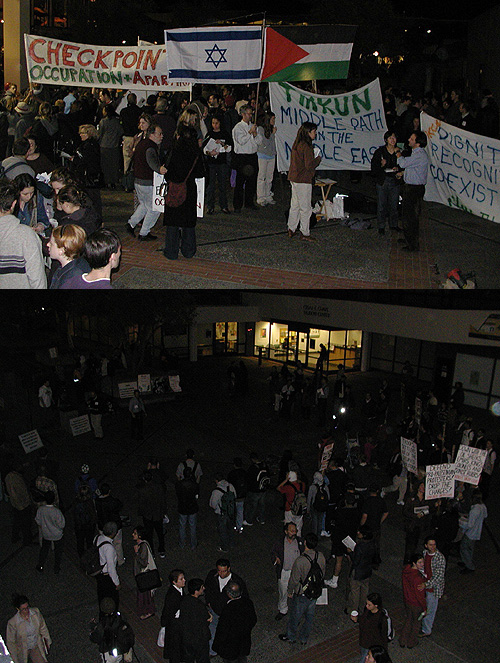 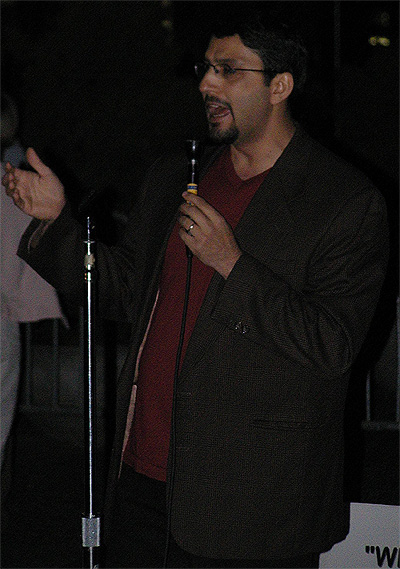 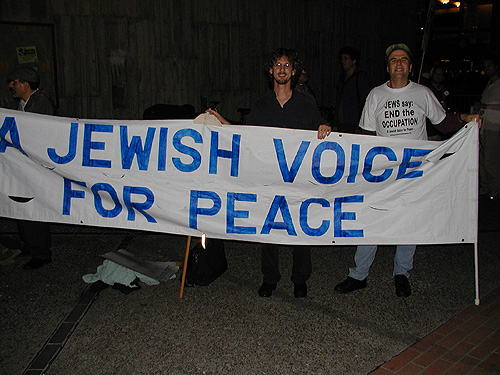 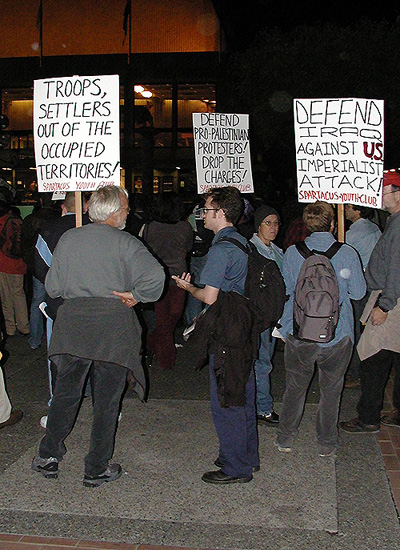 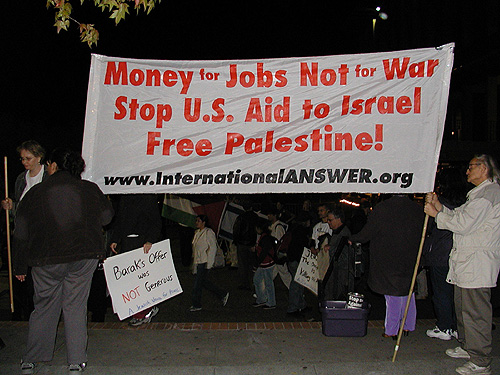 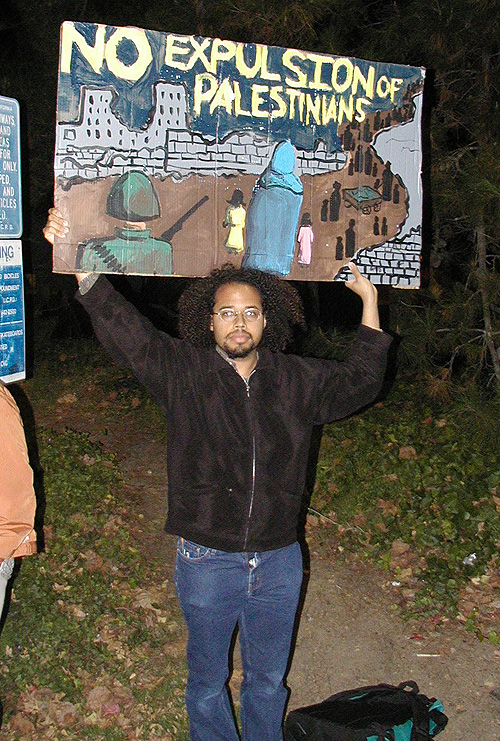 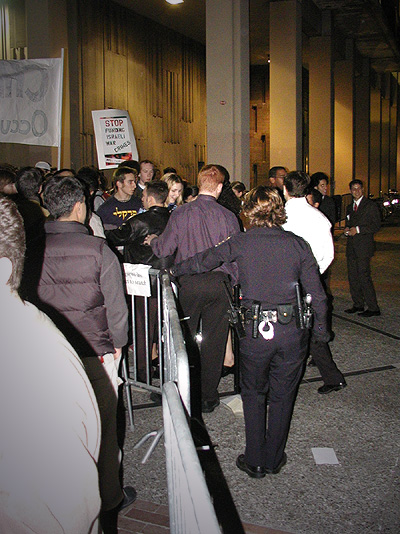 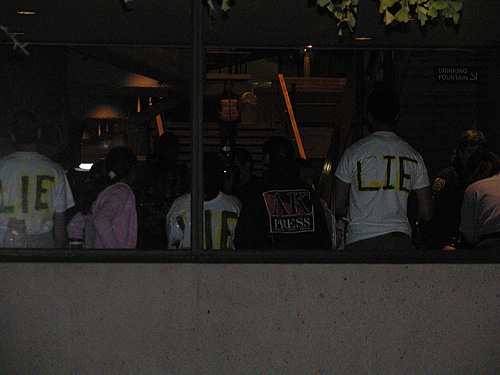 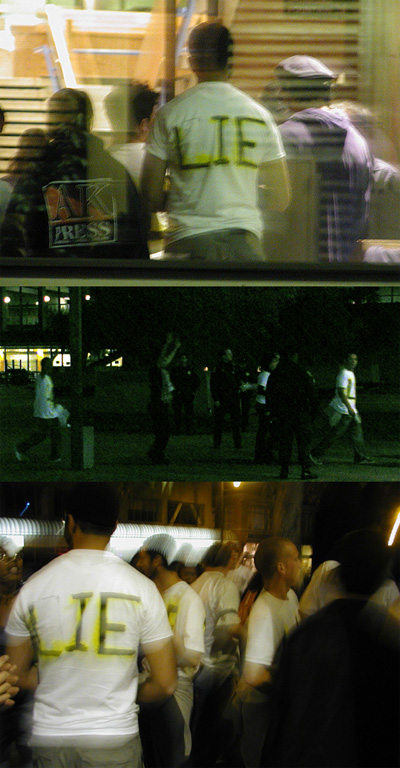 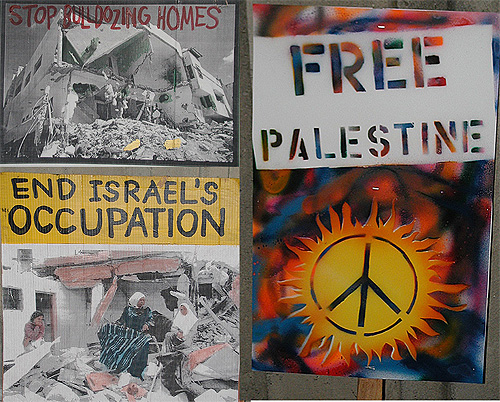