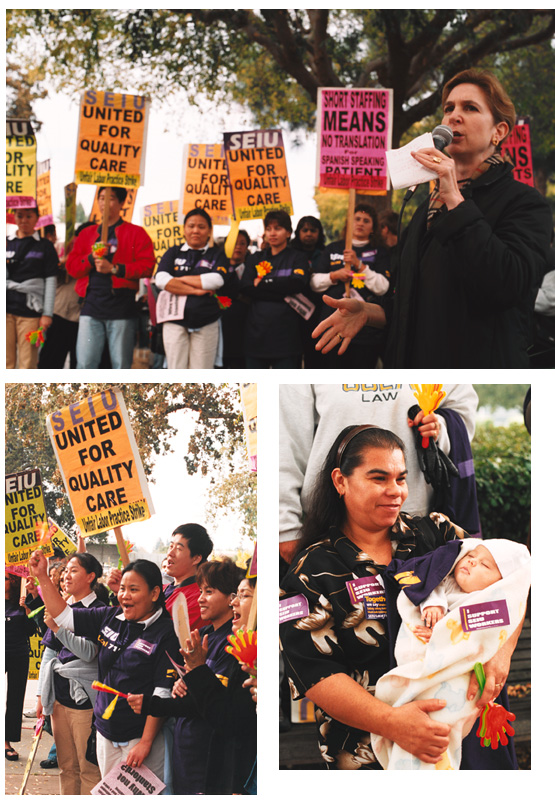 Top photo: Amy Dean, Executive director of the South Bay AFL-CIO told the striking workers at a noon rally in front of Stanford Hospital; " we stand in solidarity with the workers at Stanford."

Bottom right: Stanford Hospital housekeeper Maria Ambris attends the rally with her granddaughter Picasso.
Add Your Comments
Support Independent Media
We are 100% volunteer and depend on your participation to sustain our efforts!