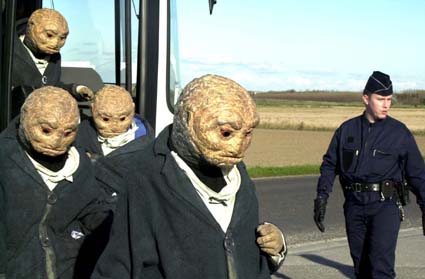 Clutching just a few basic belongings, refugees from outerspace arrived at the gates of the Sangatte refugee camp hoping to find shelter. Turned away by french riot Police they then tried to hitch a lift to Calais, again to no avail. After exchanging some interplanetary hugs with the refugees already resident at the camp our extra-terrestial asylum seekers returned to their ship (cunningly disguised as a coach) and went on to try and find somewhere more welcoming. "Europe is even more shit than we expected" commented one.
Ok, so they were really a theatre group from Calais but the point was well made and well recieved by everyone present, especially the real refugees.

We arrived at the Sangatte Refugee Centre to find a line of riot Police blocking the entrance. We were refused addmission (this is an open refugee camp) and found that none of the said plods spoke english or french for that matter. The refugees had clearly been told to keep their distance but before long hundreds were pouring out of the gates bringing homemade placards. Many told us harrowing stories of where they had come from and why. Loads of them were from Iraq. Some light relief was provided by a theatre group [see below] but it was an otherwise draining experiance.

An action called by Kent Commitee to defend Asylum Seekers drew dozens of activists to Dover for a protest against The Dover Immigration Removal Centre. This is a former prison which now holds asylum seekers in conditions that have been condemned by a number of organisations. The demonstraters blocked the entrance for a while and heard speeches by a number of people from related campaigns.

While the US and Britain gear up for a gutless bombing campaign against Iraq, people who have oppossed Sadam Hussain without any weapons are living in tents, being vilified by the media and treated like criminals. They deserve better. 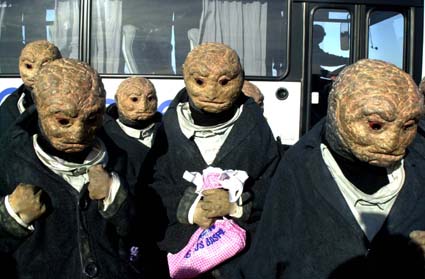 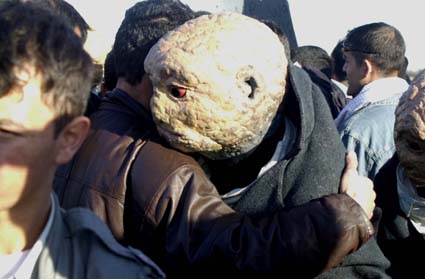 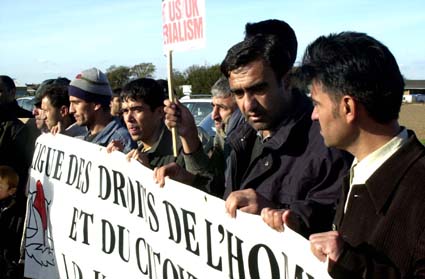 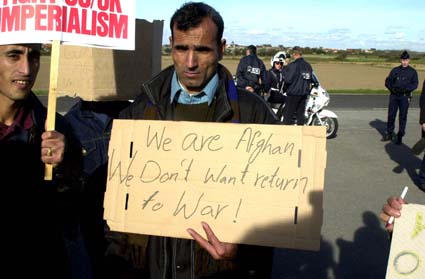 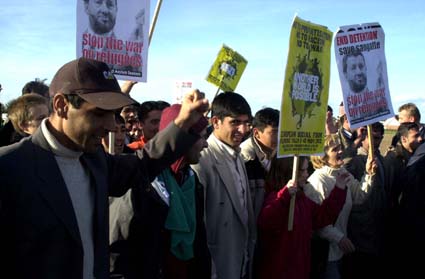 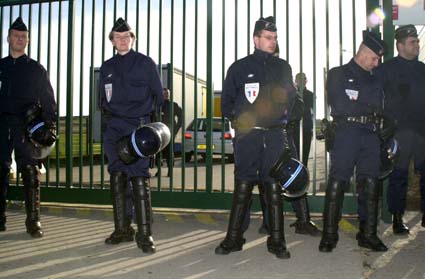 http://www.noborder.org
Add Your Comments
Support Independent Media
We are 100% volunteer and depend on your participation to sustain our efforts!