Add an Event
Newswire
Calendar
Features
Home
Donate
From the Open-Publishing Calendar
From the Open-Publishing Newswire
Indybay Feature
Related Categories: Health, Housing & Public Services
Yuppies Starting To Take Over: Where Did SF Go Wrong?
by Z
Saturday Oct 19th, 2002 7:28 PM
October 19th 2002 was a day of shame for San Francisco as self-proclaimed liberals lined up to support two of the most right-wing leaders SF has ever produced. At an event titled SOS San Francisco, Feinstein spewed her anti-union and pro-war, rhetoric while Gavin Newsom worked to build his own carrier off the lives of the least fortunate 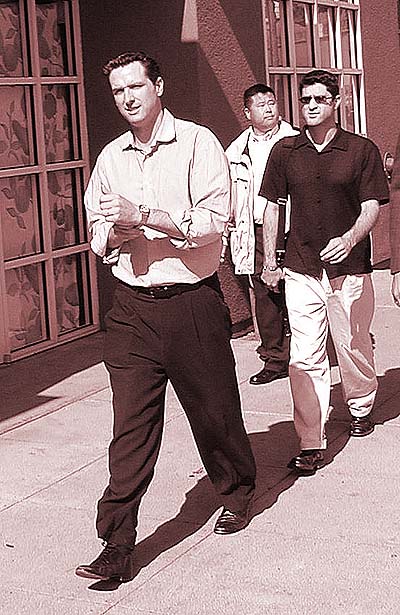 Nobody knows where they came from or when they started to appear, but one day the people of San Francisco started to notice a new presence. Young men in their late 20s and early 30s with greased back hair and nice suits started to appear with slickly produced messages of hate. They prayed off the weakness of the liberal voters of San Francisco and appealed to their most base instincts; “tired of feeling sorry for the poor, WE will make them go away, tired of fighting labor battles and always losing, WE will construct a new ideology that justifies all forms of opression and hides behind long discredited economic philosophies”. These messengers of hate somehow faced little opposition and even got a neo-nazi "33-year-old millionaire, pro-war, anti-public power, anti-rent control mouthpiece of the Chamber of Commerce" named Newsom into the SF city council; much like the Nazis, Newsom gained power through his social Darwinist ideology which stated that public services should help the fortunate and be used to keep the less fortunate in line (his beliefs on homelessness would look a lot like the mass extermination policies of the Third Reich if Newsom did not have the advantages of a better PR firm). Newsom’s primary base of support was in a part of the city called the Marina district and the young wealth of the dot com boom helped him gain in strength.

But the new yuppie presence could not by itself get Newsom elected so he reached out to the Dan White’s former mentor Diane Feinstein for advice. Feinstein was one of the most conservative mayors San Francisco has ever had, but she managed to use the litmus test issues of mainstream liberals to maintain her power. As long as she voted pro-choice, liberals ignored her attacks on organized labor and the less fortunate. Feinstein pushed for the use of the harshest of labour laws (Taft Hartley) against the ILWU and on Oct 10th 2002 Diane Feinstein even voted to give George Bush the power to wage war on the Middle East despite promising many of her constituents on the phone the day before that she would vote against the war. Newsom needed Feinstein since he needed the older voting base that was alientated by his youthful conceit. With Feinstein on his side Newsom could use her voting base to push his neo-nazi policies on the people of San Francisco.

Will San Francisco stay a bastion of diversity and tolerance or will it fall for the Newt Gingrich of the West and become more like Orange County? Will the people of SF be fooled by young hip acting yuppies who spew hate and are Newsom’s primary backers? Will San Franciso fall for messages of hate disguised as morning comedy on stations like Alice which promote Newsom for their corporate masters? Can Newsom be stopped at the voting box or will people have to take stronger action?

One thing people can do is to acknowledge the evil of those who support Newsom and expose them for what they are. Support for Newsom is not acceptable, it is every bit as bad as support for Bush or Feinstein. If one of your friends supports Newsom, you should act towards them the same way as if they said they supported the KKK or any other hate group. If your boss supports Newsom you should look for a new job. If Newsom is able to use hatred for the homeless to catapult himself into the mayor's office of San Francisco, we are all doomed. Picking on any minority group to gain power is not acceptable, picking on the least fortunate is about as low as a politician can possibly fall. If a politician is willing to pick on someone without money or a place to live, what will stop them from picking on any other weak group.
§Another neonazi running for office
by Z
Saturday Oct 19th, 2002 7:28 PM 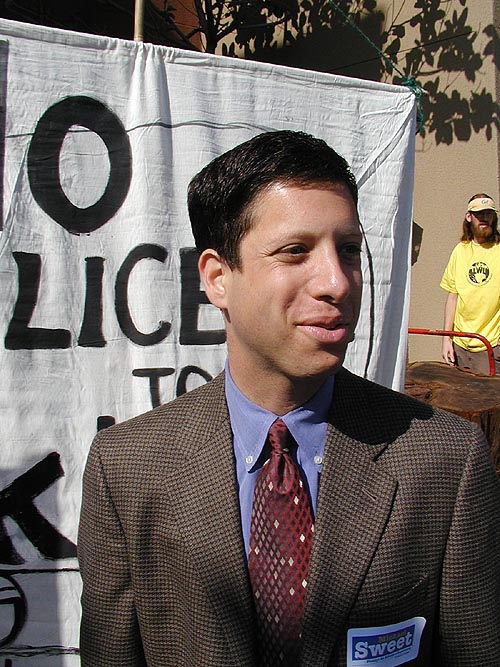 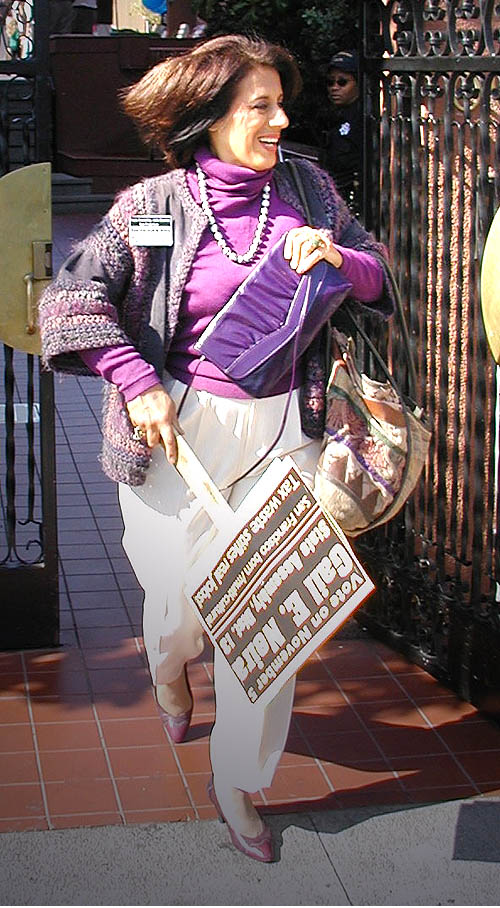 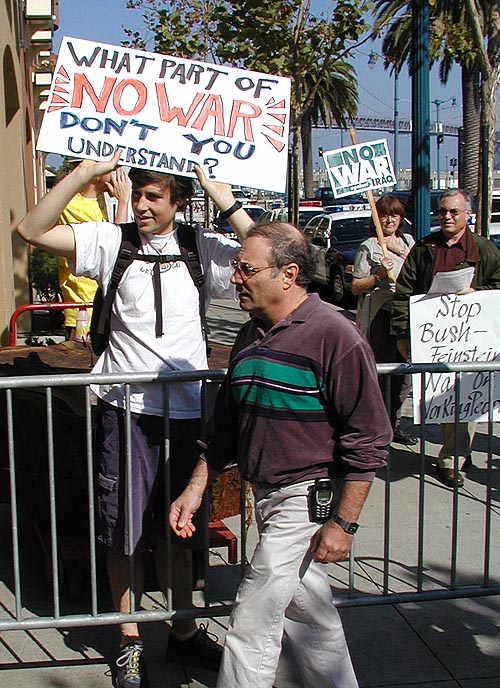 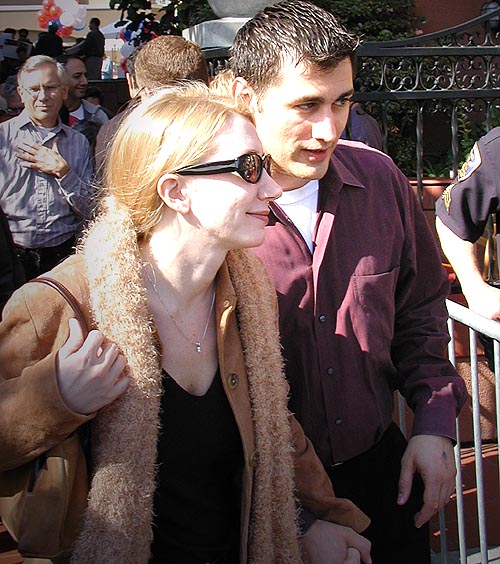 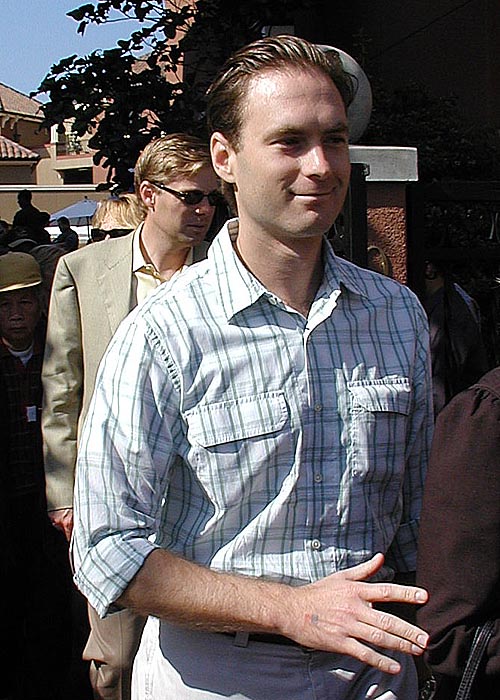 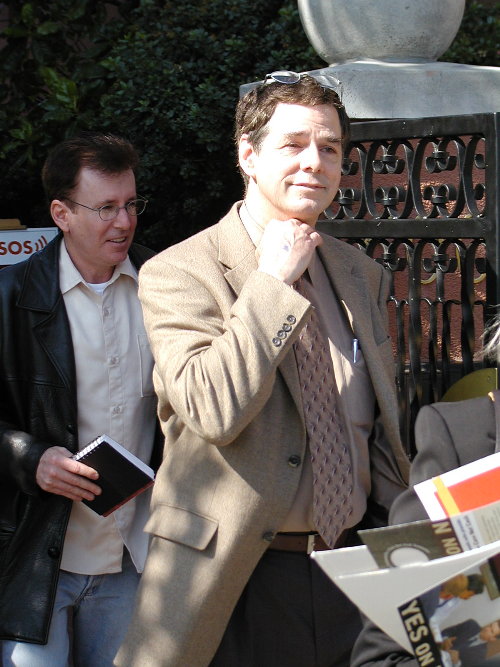 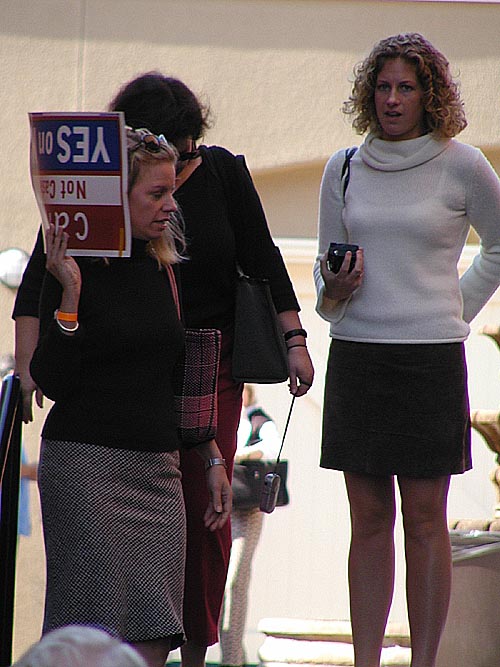 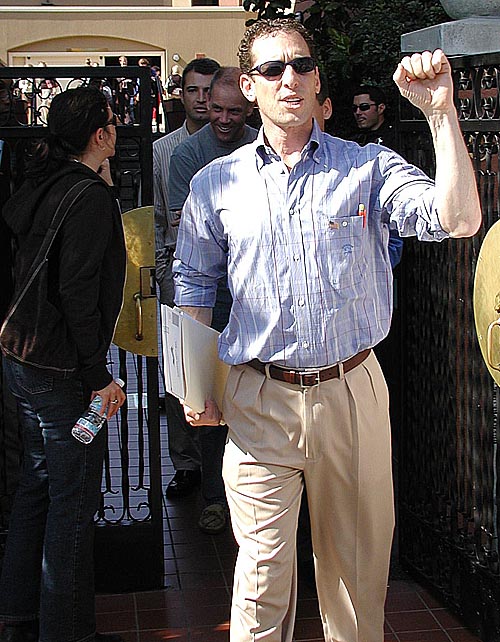 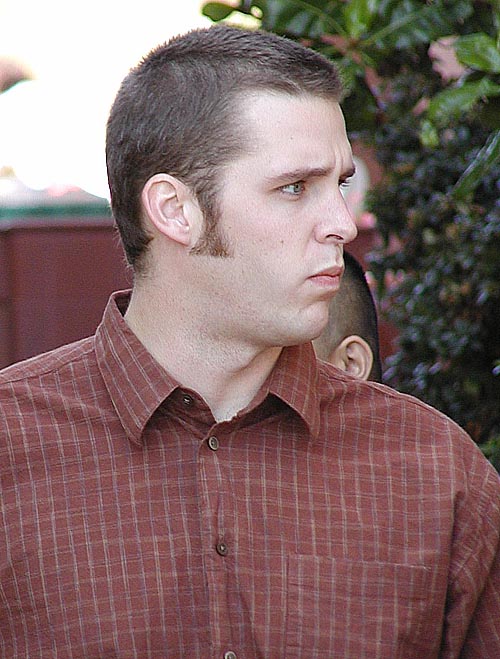 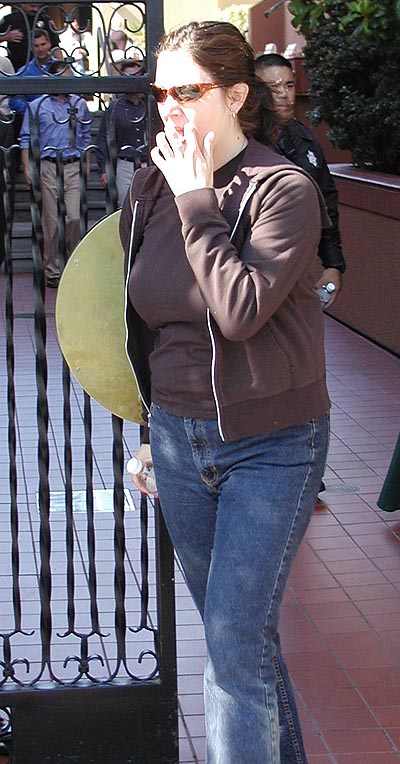 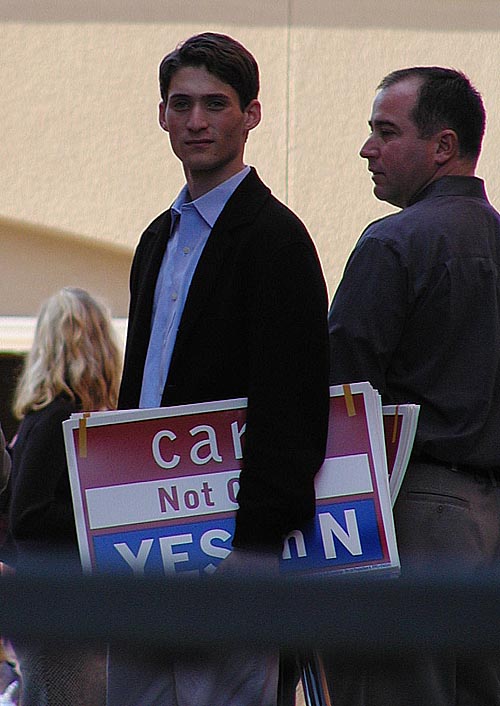 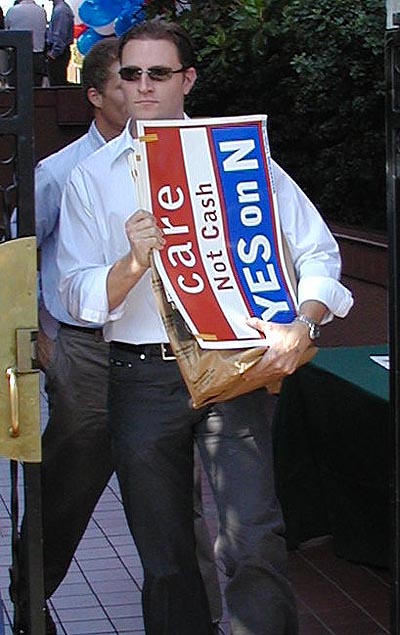 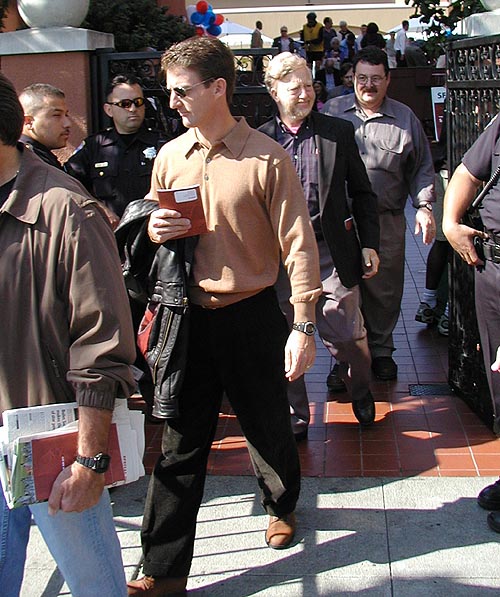 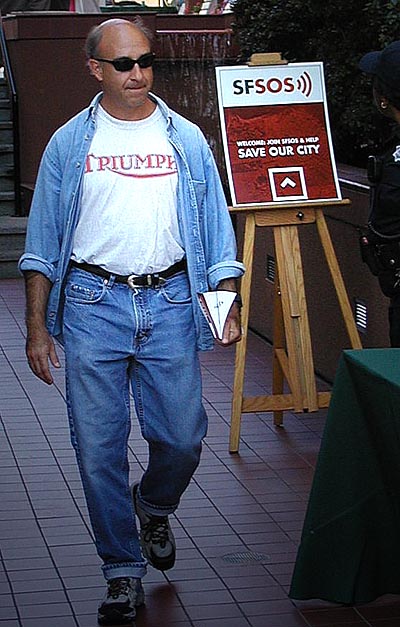 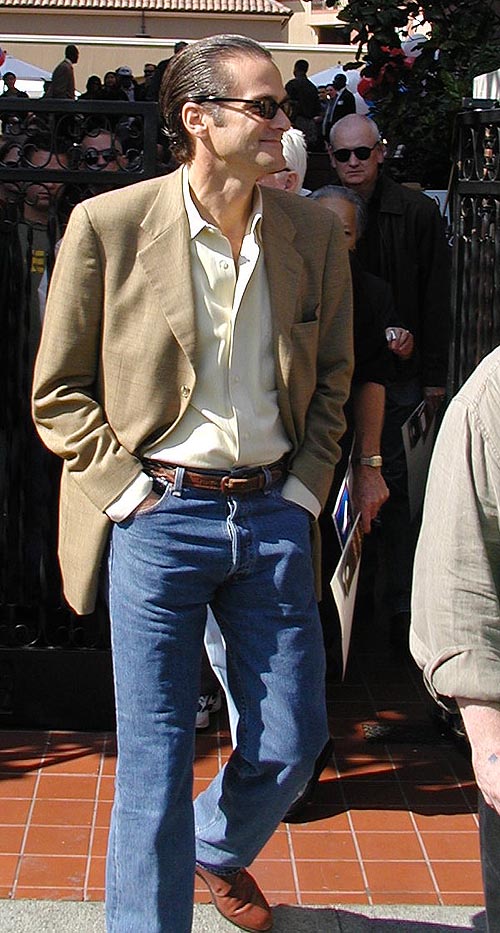 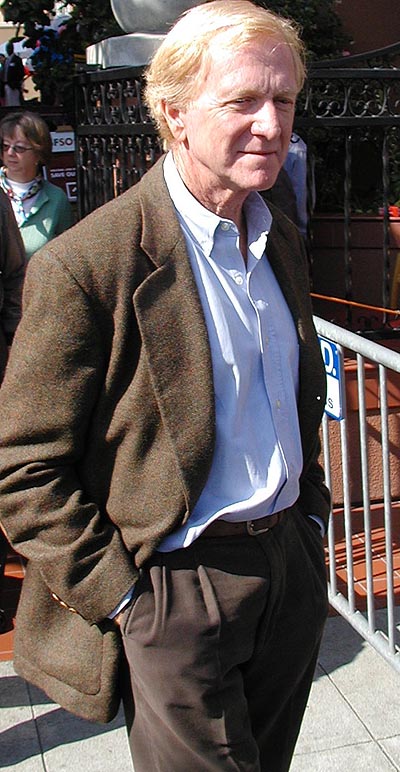 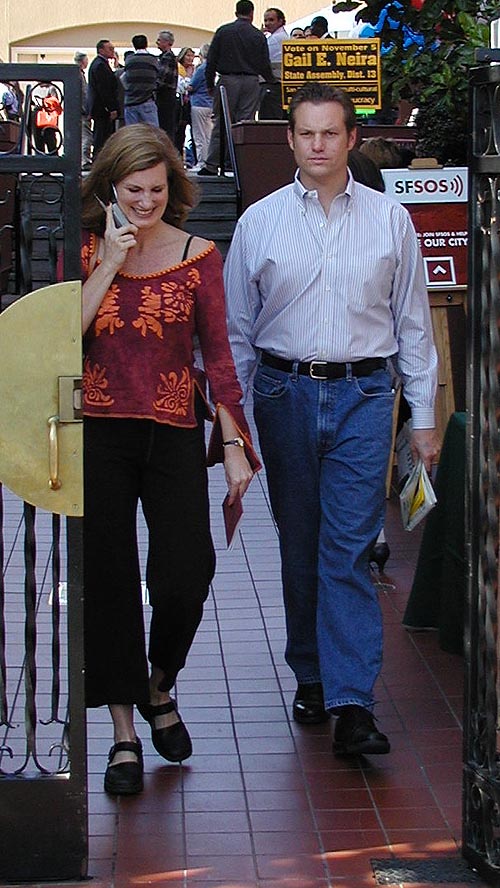