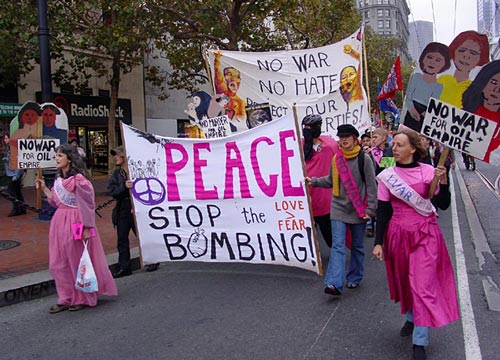 San Francisco -- Hundreds of people marched down Market Street to the Federal Building in protest of the Congressional War Vote on Thursday. The vote gives Bush broad powers in regards to Iraq and Saddam Hussien, including the use of military force.

After a rally, about 120 people remained to set up a peace camp at the Federal Building for an all night vigil. They held strategy sessions, skill building workshops and jam sessions late into the night. On Friday, October 11, at 7:00am, They are planning an action to take Back the Federal Building which will likely include civil disobedience and a blockade of the building under the slogan 'No Business As Usual'. Many news outlets are already planning to cover the event, and the 120 protestors who are spending the night are hoping that even more people show up in the morning to participate in the blockade. (David Hanks/Global Exchange - Thursday 10 October 2002)
http://www.globalexchange.org
§Medea Benjamin of Global Exchange
by David Hanks, Global Exchange (david [at] globalexchange.org)
Friday Oct 11th, 2002 1:06 AM 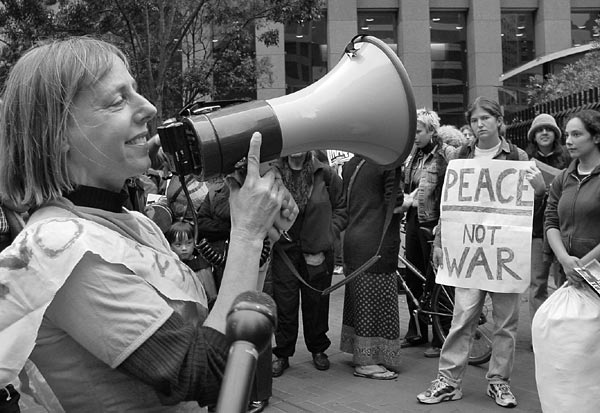 http://www.globalexchange.org
Add Your Comments
Support Independent Media
We are 100% volunteer and depend on your participation to sustain our efforts!