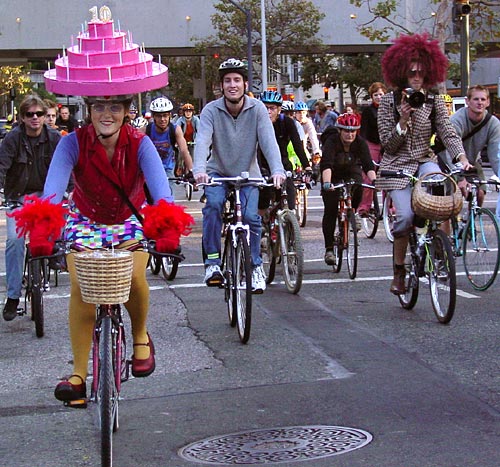 San Francisco - Thousands of people rode through the streets of San Francisco celebrating the 10th Anniversary of Critical Mass during Friday's rush hour - while cars honked but remained motionless at dozens of intersections.

A monthly grassroots event, Critical Mass is decentralized to the point that bicyclists spontaneously organize themselves into groups and ride off throughout the city with the purpose of reclaiming public space for bicycles.

Over the last decade, Critical Mass has been vilified by numerous motorists but the reality is: these very bicyclists have brought about social change in the form of bike-friendly laws and they have had fun doing it.

During Critical Mass, people ride their bicycles not just to protest the lack of safety on city streets, not just to stop cars in their tracks, but also to simply get together for one big, bike-friendly street party.

"I'm here to celebrate community coming together in civil disobedience, and to mess things up a little bit!," said Robin Honan of San Francisco, who wore a pink birthday cake on her head. 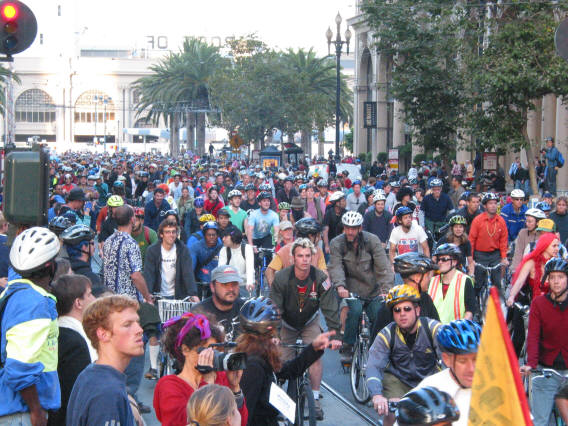 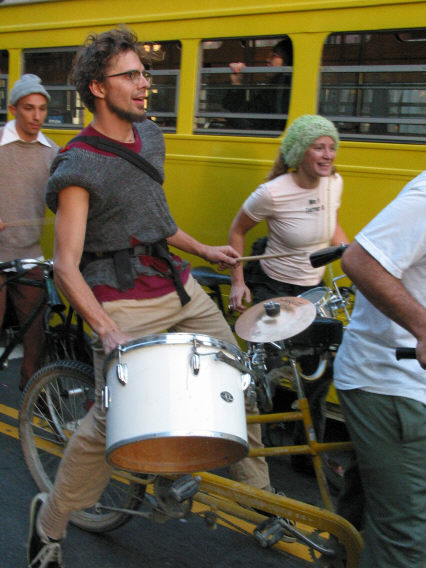 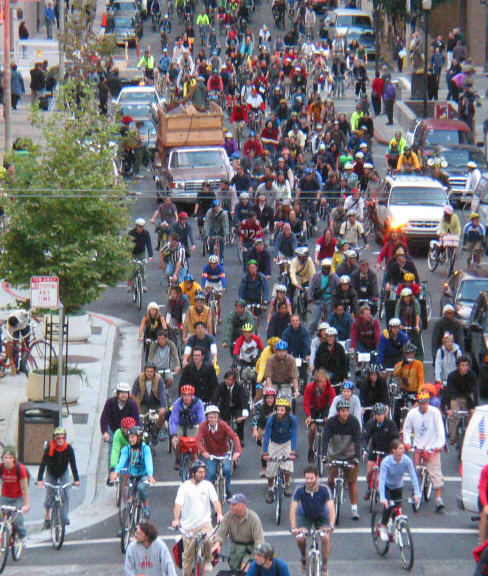