by IMC SF Americanadian Crew (salem [at] indymedia.org)
from the Ottawa Squat against the G-8 in Ottawa 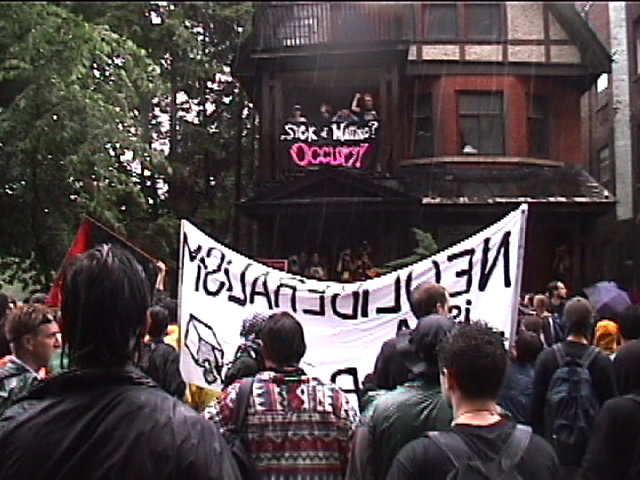 at least 1000 mostly student activists marched against the G-8 during this midweek business day here in the capital of Canada. More actions are planned for later in the day and tomorrow with an "Everyone is Legal" march. An failry decent turnout for a pro-active attempt at letting the activists decide the point of protest rather then the ruling elite.

Related Categories: Health, Housing & Public Services
Add Your Comments
Support Independent Media
We are 100% volunteer and depend on your participation to sustain our efforts!