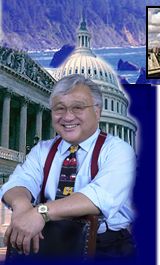 See the votes for yourself:
http://clerkweb.house.gov/cgi-bin/vote.exe?year=2002&rollnumber=126

On Thursday, both the House of Representative and the U.S. Senate overwhelmingly passed resolutions defending the policies of right-wing Israeli prime minister Ariel Sharon in the occupied territories. Human rights activists are alarmed, both at the strong Congressional support for a repressive military occupation as well as the fact that the resolutions are being widely interpreted as an attack on the credibility of Amnesty International and other human rights groups.
...

http://palestine.indymedia.org/news/2002/0...
Add Your Comments
LATEST COMMENTS ABOUT THIS ARTICLE
Listed below are the latest comments about this post.
These comments are submitted anonymously by website visitors.