Add an Event
Newswire
Calendar
Features
Home
Donate
From the Open-Publishing Calendar
From the Open-Publishing Newswire
Indybay Feature
Related Categories: Police State & Prisons
Police in Berkeley use harassment to quiet dissent
by anonymous
Wednesday May 1st, 2002 12:11 AM
At most of the recent protests in Berkeley the police have showed up in larger numbers than similar sized protests in San Francisco. They consistently act in a confrontational manner towards protesters, and appear to be using video equipment and undercover agents to track protest movements. 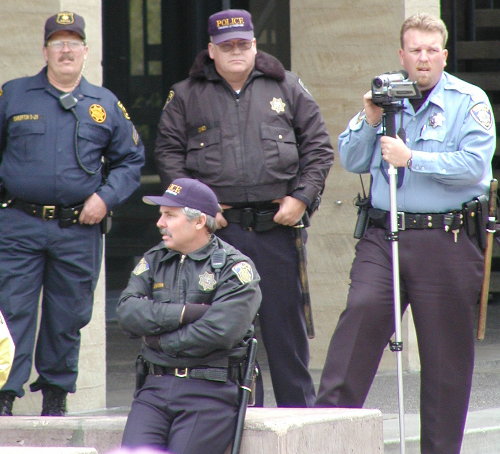 Welcome to Berkeley, where the city pretends to be "liberal" but wont tolerate dissent.

In the past five years protests have caused little if any damage to property in Berkeley but drunken frat parties have resulted in looting on Telegraph Ave. Yet, police show up in the hundreds for any Reclaim the Streets or Palestine protest and ignore rich frat kids who rape and pillage.

The reaction of the police to the May Day eve street party in Berkeley is a clear example of how the city of Berkeley operates. When the protest started, hundreds of police gathered around the initial gathering. Five to six police officers were activity recording people's faces with video cameras and two police officers were milling through the crowd disguised as anarchist kids with bandanas (both kept talking into their shirts, never interacted with the protesters) After the march started moving, the Berkeley PD blocked off intersections to guide the march but as the march snaked randomly around Berkeley, the blocking of streets was clearly aimed at making the police presence felt more than preventing the protest from going down certain roads (since the protest moved in circles and went past areas that had previously been blocked off). After the police blocked off random streets, the protest ended up moving towards College Avenue and getting pushed into a fairly busy intersection (College and Ashby). Note that if the polices intention was to prevent the disruption of traffic this intersection was a bad choice (Ashby being one of the few roads in the area allowing access to Highway 24).

Being confined to the intersection of College and Ashby, protesters set up a maypole, and had a street party. Streamers and confetti were in abundance and local reaction was very positive; a man coming out of a restaurant was even seen cutting off part of a streamer to give to his child.

But instead of dealing with the situation in a constructive fashion, redirecting traffic and maintaining order, the police moved in mass numbers (at least 20-30 per street plus several cars) and issued a warning for protesters to move. As the protesters started to move a few people who tried to disperse to go get coffee at a local business were prevented from not moving with the protesters (from this action it can be clearly seen that the goal of the police was to keep people together and provoke confrontation). Around this same time, the agent provocateurs started moving to the front of the crowd (probably to start something). The fact that they were being directed by the police to do this could be seen from their constant talking into their shirts, and the bad police disguises (one man was dressed like a punk kid but when his bandana was half removed he was clearly in his middle 30s and quite clean-cut looking. The same man was dressed in a completely different disguise at an SJP protest in Berkeley the week before). Right after the agent provocateurs started moving, several protesters went over to talk to them and immediately the protesters were thrown into cop cars and the fake protesters disappeared (note that these agents were notv seen talking to anyone at the protest so none of this should be taken to suspect anyone in the activist or anarchist communities). The protest, now disrupted, started to dissipate and several additional arrests occurred (also with no clear charges).

Friends of an arrested cameraman went to pick him up at the jail and nobody at the Berkeley jail would even talk to them. After calling a free law collective and the jail itself, it was revealed that three protesters had been arrested and the only charges were resisting arrest(with no charges yet determined for the original arrest). While the traffic cops were friendly and said they would find information about those arrested, the local police officer in charge was noticeably agitated and stormed outside telling everyone sitting on the steps to move since the steps were "public property". It wasn’t an issue of blocking the steps since the station was locked and there were only a few people inside, it was Berkeley PDs ability to selectively harass people based off the law that makes it illegal to sit down outside (one of several laws passed by Berkeley in an effort to make the lives of homeless people even more of a living hell).

So what was the goal of the Berkeley PD? The angry attitude and apparent ineptitude of the commanding officers suggested that it had nothing to do with the blocking of traffic or fear of property destruction. The goal of the Berkley PD is to discourage political demonstrations for political reasons. Former leftists in city hall have a chip on their shoulder and have personal issues with activists (If anyone remembers all the weird statements by city officials about flags on fire-engines, the press releases by city workers at that time should make this noticeably clear).

It is time for activists to start documenting their treatment by the Berkeley police to create a civil suit against them. In other cities the creation of police units to track activists has been outlawed (here is an article about the consent decree outlawing red-squads in Chicago: http://www.cris.com/~Gutmanpc/City.htm). It is time for the people of Berkeley to take back their city and help create an environment that encourages social consciousness.
§more pictures
by anonymous
Wednesday May 1st, 2002 12:15 AM 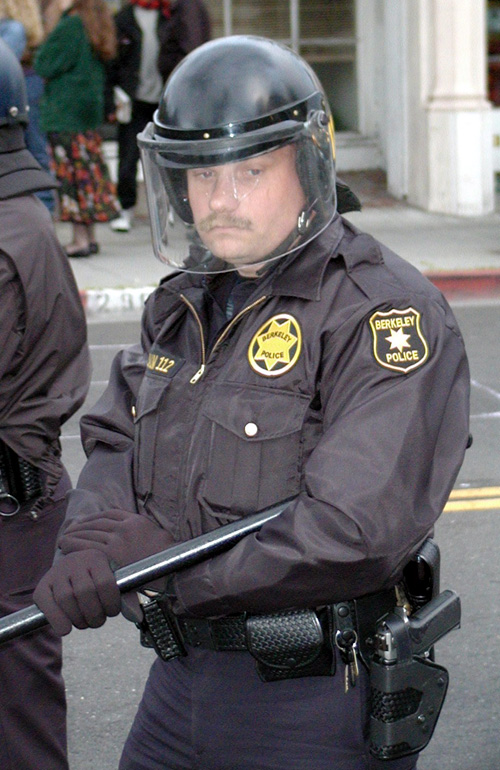 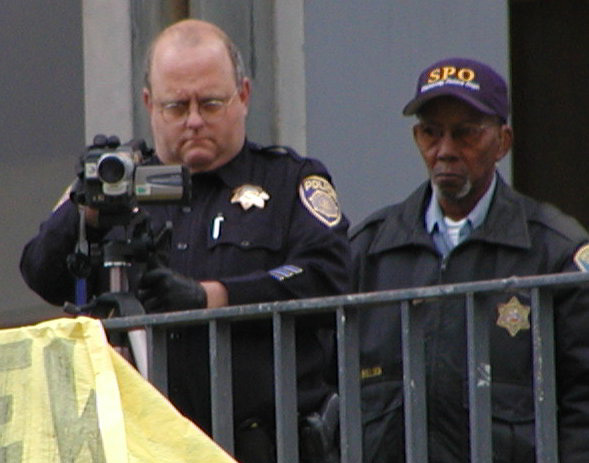 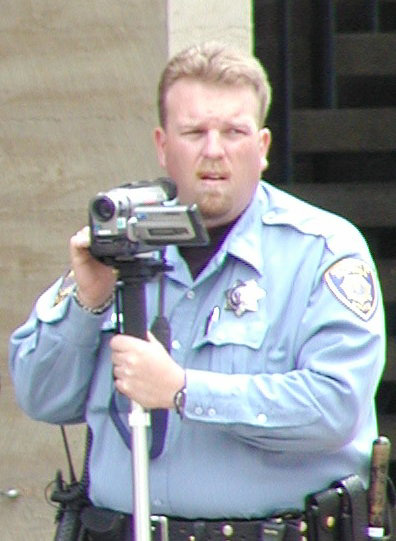 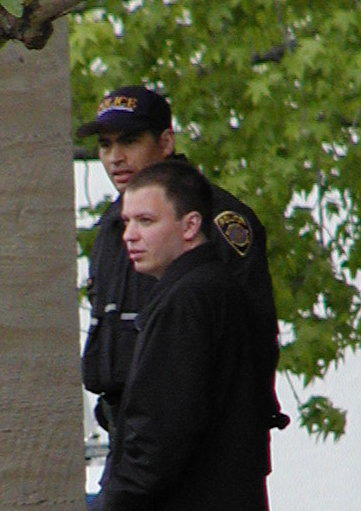 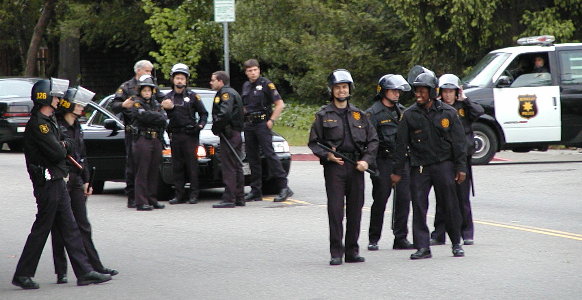 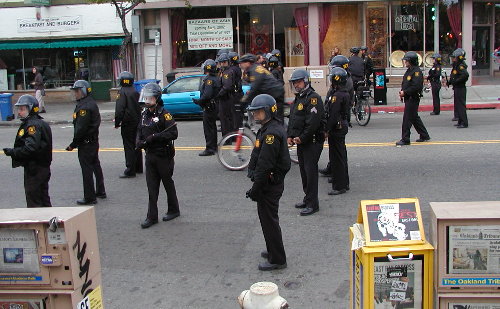