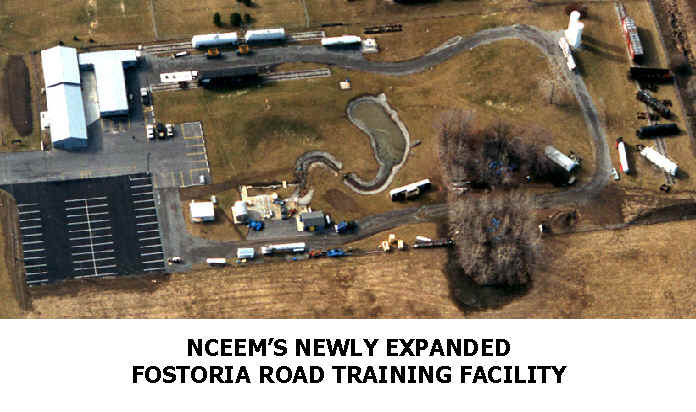 http://adap2k.freeservers.com
Add Your Comments
§MORE Findlay, Ohio News
by ADAP2K
Monday Mar 18th, 2002 6:40 AM
In Findlay, Ohio, for example, 11 Israelis selling toy helicopters in malls were arrested. They were jailed for three weeks because INS officials suggested in court they were of interest to investigators tracking terrorists. A judge eventually allowed them to go home.


John Winowich, Director
email: winowich [at] mail.findlay.edu
The Director of the Center for Terrorism Preparedness is John Winowich. Winowich retired in June, 2000, from the Ohio Bureau of Criminal Identification and Investigation after 30 years of service. He began his career as a drug agent and later became a supervisor of one of the two drug units at the Bureau. He also helped create and then supervise the Bureau's Special Investigation Unit. Winowich finished his BCI career as Deputy Director of the Bureau's Intelligence, Computer Crime and Financial Crime Division. It was during this time that Winowich became involved with monitoring the criminal activity of domestic terrorists in Ohio as well as the rest of the United States.

Rick Adrian
Adrian is currently a Columbus, Ohio police officer and has been since 1979. Most of his career has been spent within special operations units such as Homicide, SCAT, Narcotics, Tactical Entry Team, and as a Firearms Instructor assigned to the Police Training Academy. He is a Senior Instructor within the Police Department and provides training in Defensive Tactics, Edged Weapon Defense (EWD), and Urban Tracking and Containment for Patrol Operations. Currently, Det. Adrian is assigned to the Intelligence Bureau where he has investigated right-wing domestic terrorism, anti-government militias; hate groups and members of the survivalist fringe for the past six years.

Richard W. Brainard
Brainard is a commissioned police officer and currently serves as the training coordinator for the Division of Police, Hilliard, Ohio. He has been in law enforcement since 1972 with assignments to Patrol Investigations and Training Bureau's of several police agencies in Ohio. Brainard has also been a member of several tactical teams including SWAT, Dignitary Protection, Intelligence, Street and Crime and Counter Narcotics teams. In addition, Brainard has received an Extensive Special Operations and Anti-Terrorism Force Protection background while serving in the U.S. Military where he continues to serve in the reserve forces with the rank of Lieutenant Colonel.

Eric L. Qualkenbush
Qualkenbush retired from the Central Intelligence Agency (CIA) in 1999 after 22 years of service. Qualkenbush spent his last two years with the CIA as the Director of the Office of Training and Education. He was responsible for leading and providing strategic direction to the CIA's principal training organization. He conducted espionage and counter terrorism operations in overseas locations. He also created the CIA's first organization and operations against the worldwide proliferation of weapons of mass destruction. Currently Qualkenbush is a senior consultant for the Applied Knowledge Group, LLC. While with AKG, he guided a Fortune 100 corporation as it created a competitive intelligence organization.

David L. Bowman, MS, CFSI
Bowman is currently program manager for the Industrial Safety and Security and Small and Medium Size Municipalities segments of the Center for Terrorism Preparedness, as well as the Chief Executive Officer of DB Technologies, Inc., of Columbus, Ohio. He has more than 30 years of experience in public safety at the local, state, and national levels in emergency response, management, and program development and implementation. Bowman is also consulting in the fireworks and explosives industry, with extensive direct experience with the industry in the People's Republic of China. Bowman served as a firefighter/paramedic on the Bucyrus City Fire Department and was also the Explosives and Pyrotechnics Administrator for the State Fire Marshall's Office in Ohio.

William E. Brobst
Currently, Brobst is an Adjunct Instructor with the National Center of Excellence for Environmental Management at The University of Findlay. He is also a Captain with the Columbus, Ohio Fire Department. Brobst is involved with the development and presentation of courses in emergency response to terrorism, incident command system, confined space entry and rescue, and emergency response operations training at the awareness, operations, and technician levels per the requirements of OSHA regulations. Brobst developed The University of Findlay's first Response to Terrorism course, which was focused primarily toward first responders.

Leonard A. Hall
Hall is currently the President and CEO of Hall & Associates, Inc., a duly licensed Investigation & Security Consulting firm, with headquarters in Columbus, Ohio. Mr. Hall is a respected lecturer, and is responsible for sponsoring and organizing training seminars in security matters for law enforcement, the private investigation sector and the executives who employ them. Mr. Hall personally supervises all Workplace Violence Investigations and the Workplace Violence training conducted by the firm. Mr. Hall has over twenty years Investigative and Consulting experience, while coordinating investigations Federal, State, and Municipal Law Enforcement Agencies. He is a former Police Officer and is certified as an instructor by the Police Officer's Training Council. He is also an active member and former Chairman of the Columbus, Ohio, chapter of the American Society for Industrial Security.

Rick Colliver
Mr. Colliver is currently employed by the Ross Products Division of Abbott Laboratories and has been since 1985. He has also served as a reserve officer with several law enforcement organizations since leaving fulltime police work in 1981. He is a former Certified Protection Professional, Certified Fraud Examiner and law enforcement instructor. Mr. Colliver is a dynamic and fast paced lecturer whose career in protective services spans more than twenty years. His programs include topics in executive protection, workplace violence, RF Communication Systems, physical security and financial investigations. He has taught members of the military, law enforcement, public safety and private sector organizations.

Kelly Burkholder-Allen, RN, MS Ed.
Burkholder-Allen is currently a Nurse Consultant with Burkholder, Delo, Baumgartner: Medical Document Review. She has also spent many years as a Staff Nurse or Assistant Nurse Manager in emergency rooms in several hospitals in Louisiana, Maryland, and Ohio. She is also the Deputy Commander for the OH-1 Disaster Medical Assistant Team in Toledo, Ohio as well as the Chair Elect for the National Association of Disaster Medical Assistance Teams.

Paul P. Rega, MD, F.A.C.E.P.
Dr. Rega is currently a certified Emergency Physician with the Toledo Hospital/Toledo Children's Hospital in Toledo, Ohio. Dr. Rega is the Projects Coordinator, EMS Liaison and Risk Manager with the Toledo Hospital Emergency Center. He is also the Medical Supervisor for the Toledo Disaster Medical Assistance Team (NDMS), and in this capacity has responded to both Hurricane Andrew and Marilyn as well as to the Red River Floods in North Dakota. Dr. Rega has also developed a manual called Bio-terry, which is used by ER Doctors to determine the potential contaminant in the event of a bioterrorist attack.

Cindy Reagan-Kuhr
Reagan-Kuhr is currently employed by the Ohio Victim Witness Association and is headquartered at the Ohio Bureau of Criminal Identification and Investigation. Her primary responsibility is directing services to victims and survivors of violent crimes. She is also a Co-Coordinator for the Ohio Crisis Response Team, and is associated with NOVA (National Organization for Victim Assistance). As a team member of NOVA, she responded to the Paducah, Kentucky school shootings, and the Birmingham, Alabama bombings. She has provided training to law enforcement and other judicial advocates on issues involving victim sensitivity, Adult Sexual Assault, Child Sexual Abuse, and Terrorism: the Aftermath.

Michael "Mac" McNulty
McNulty is currently the Manager of the Environmental, Safety, and Health Consulting Services with the National Center of Excellence for Environmental Management at The University of Findlay. McNulty is involved in the development of and instruction in environmental and safety programs primarily for hospitals, industrial clients, local emergency planning committees, and emergency management associations. He is also involved with the administration of OSHA and EPA compliance facility audits. McNulty has over 19 years experience in the fields of chemistry, environmental, safety, and health.

Add a Comment
§funeral directors nz
by funeral directors nz (aju.singh19enetspark [at] gmail.com)
Friday Oct 29th, 2010 11:25 PM
Our rose â?? a symbol of life, love &amp; peace Life is a multifaceted experience. Just like the rose with its heart and petal system that extend
Celebrate Life
http://www.findlayfuneraldirectors.co.nz/
Add a Comment
Support Independent Media
We are 100% volunteer and depend on your participation to sustain our efforts!