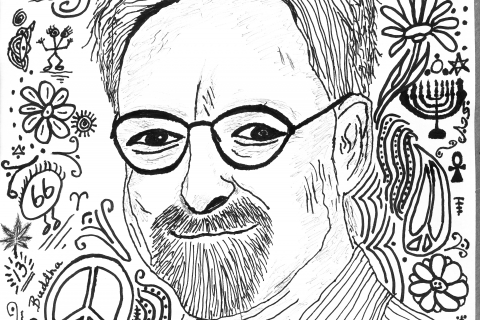 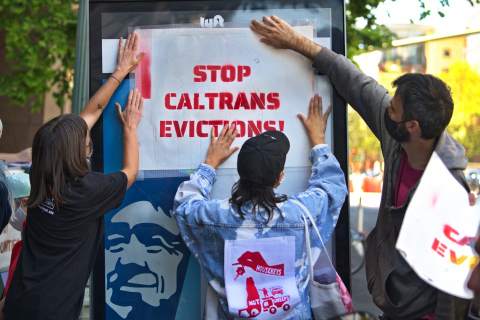 by Leon Kunstenaar - CA Solidarity Coalition
Street theater, song and dance in protest in Oakland at 111 Grand Ave....
Posted: Wed Jun 23, 2021 10:37AM
An Open Letter to City Council on Taxation 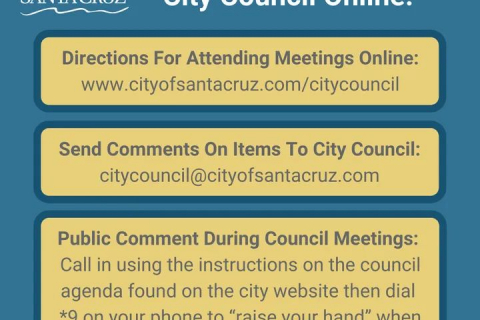 by Robert Norse
Community focus must shift from the prefabricated public-excluded City Council meetings to direct action and legal support to defend the many survival encampments (Meyersvilles) that have sprunt up around Santa Cruz as emergency housing....
Posted: Mon Jun 21, 2021 10:28PM
Support Not Sweeps! Rally at CalTrans District 4 Headquarters by California Solidarity Coalition
111 Grand Ave., Oakland, CA 94612...
Posted: Fri Jun 18, 2021 4:15PM
Our World is Not For Sale! by Frauke Banse, Friederike Habermann & Jai Sen
People's Global Action (PGA) was organized in a decentralized way by movements from all parts of the world. But we had no staff and no fixed funding. Everything was through crowdfunding. People were inspired by what PGA stood for, which was, first, the rejection of capitalism. Later, at the second conference in India in 1999, the rejection of all kinds of domination was added, including sexism, racism, and so on....
Posted: Tue Jun 15, 2021 7:14AM
What The City of Oakland Isn't Telling You About How They Obstruct Affordable Housing by POOR Magazine
For nearly 10 years, organizers at POOR Magazine, a poor/houseless/Black, Brown and Indigenous people-led grassroots organization deep in the heart of East Oakland, have been building Homefulness, a permanent housing solution with 8 no-cost housing units for formerly houseless individuals and families. It doesn’t get more affordable than free, but Homefulness has taken 10+ years to build due mostly to an endless barrage of permit and inspection fees, impossible timelines, and fines for taking...
Posted: Mon Jun 14, 2021 5:45PM
Homeless Legal Assistance Office Opening June 15 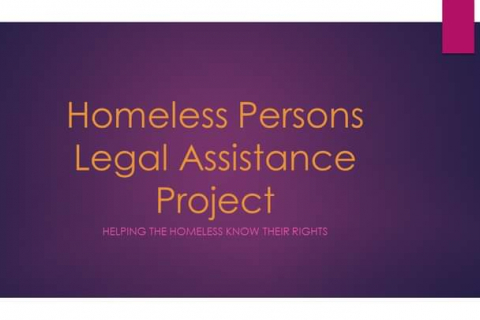 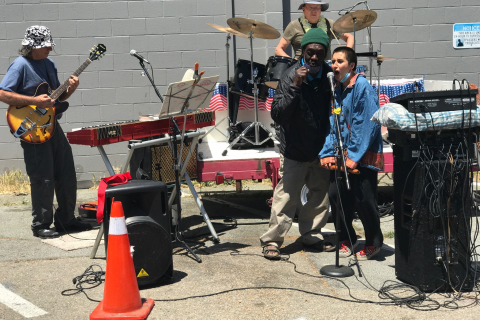 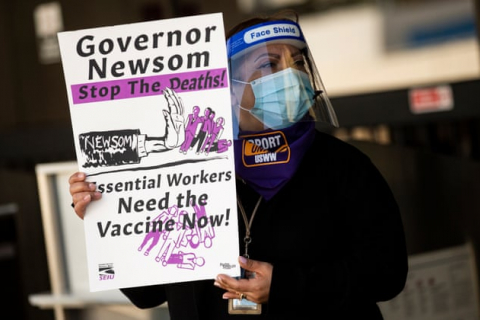 by LVP
SEIU 1000 President Elect Richard Lewis Brown is interviewed about his election, the corruption, privatization and the Democrats including former Governor Jerry Brown and Gavin Newsom who have attacked their wages benefits and pensions. Brown says he wants to shut off money to the politicians and also find out what the affiliation agreement with the union was with the SEIU....
Posted: Sun May 30, 2021 10:44PM
The Tulsa Race Massacre 100 Years Later: History and Modern Context 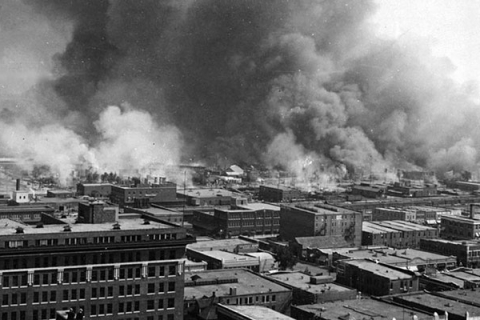 by ASTU Statement reposted by the Jamal Journal
This motion on MOVE and Mumia Abu-Jamal was adopted by both the Oakland Education Association (OEA) on May 20 and the Adult School Teachers United (ASTU), Richmond, CA on May 22. The OEA will be releasing their statement soon....
Posted: Wed May 26, 2021 9:17PM
Demanding Decarceration by San Jose D.A. 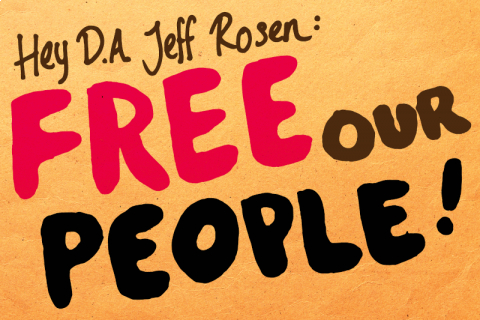 by Vida Linda
We call on San Jose D.A. to free our people, free 'em all NOW! Decarceration will not wait while he builds his new brand as a "progressive prosecutor"! We are in solidarity with people inside who have been locked up for over a year during COVID, hunger striked over horrible conditions and make the demand for liberation....
Posted: Wed May 26, 2021 6:17PM
Online events w/ Ben Chavis, Peter Linebaugh, Rosa Clemente, Vandana Shiva, Chomsky, etc. by Toward increasing Networking
Here are some 20 online events taking place over the next 7 days (and starting tomorrow, May 22), featuring people such as Ben Chavis, Peter Linebaugh, Cynthia Kaufman, Rosa Clemente, Vandana Shiva, Noam Chomsky, and many others. These events are hosted from various locations all across the country, as well from Canada and the UK (however, the listed times are all for our "Pacific time zone"). Of course, feel free to share this info with others who might be interested in it....
Posted: Sat May 22, 2021 11:06PM
Mumia Abu-Jamal’s spiritual advisor confronts DA Krasner and the FOP 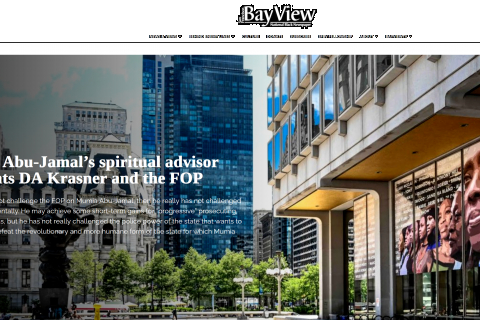 by Mark Lewis Taylor interview by Jamal Journal
This interview by the Jamal Journal has just been published by the San Francisco Bay View National Black Newspaper. Permission is granted to reprint as long as the SFBV Newspaper is cited as the original source....
Posted: Sat May 22, 2021 6:42PM
Cease Fire in Palestine, 5/20/21 by Not One Nickel, Not One Dime
After 11 horrifying days of US/Israel war crimes against Palestine, the Palestinians won a cease fire, with no demands met, but the toll tells the story: In Gaza: 230 dead including 64 children, 1710 injured, 75,000 homeless, over 500 homes destroyed. See https://twitter.com/AdDien90/status/1395398512708243463/photo/1 at https://twitter.com/hashtag/IsraelExposed?src=hashtag_click&f=live...
Posted: Thu May 20, 2021 7:41PM
5/19/21 Call Congress to support AOC's Reso to Stop Weapons for Israel by Not One Nickel, Not One Dime
Now that we have protested, it is time to call Congress. Alexandria Ocasio Cortez has introduced a resolution to stop the sale of weapons to Israel. See https://www.commondreams.org/news/2021/05/19/ocasio-cortez-unveils-resolution-block-bidens-735-million-weapons-sale-israel There is no cease fire. Israel continues to bomb Gaza. See https://www.youtube.com/watch?v=-ex6SdT3N6g...
Posted: Wed May 19, 2021 9:11PM
The May 13, 1985 Massacre: Honor the Victims by Freeing Mumia Abu-Jamal! 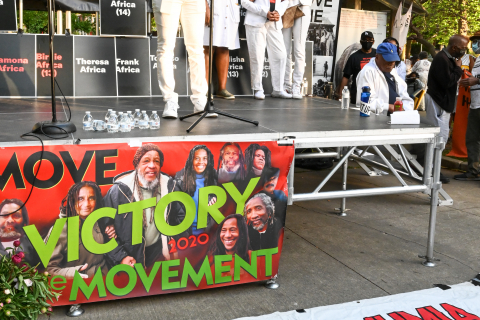 by The Jamal Journal
This is a compilation of links to many recent articles. Reprinted in full is a 2010 article about May 13, 1985, written by Angola 3 News. The Philadelphia Inquirer reported on the May 15, 2021 West Philadelphia community event honoring those murdered by police on May 13, 1985: "Janine Africa said the mothers have just one demand: Free writer and activist Mumia Abu-Jamal from Mahanoy State Correctional Institution in Frackville, Schuylkill County."...
Posted: Sun May 16, 2021 8:11PM
Stay Away Ordinance Casts Long Shadow 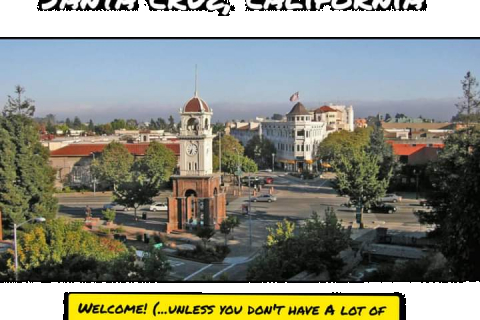 by Steve Pleich
Activists Fear Increased Use of Stay Away Power...
Posted: Sun May 16, 2021 9:22AM
Berkeley Anti-Homeless/Labor/Earth 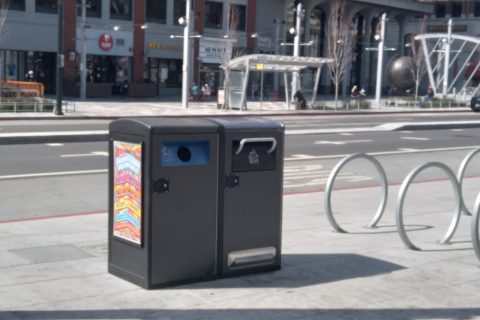