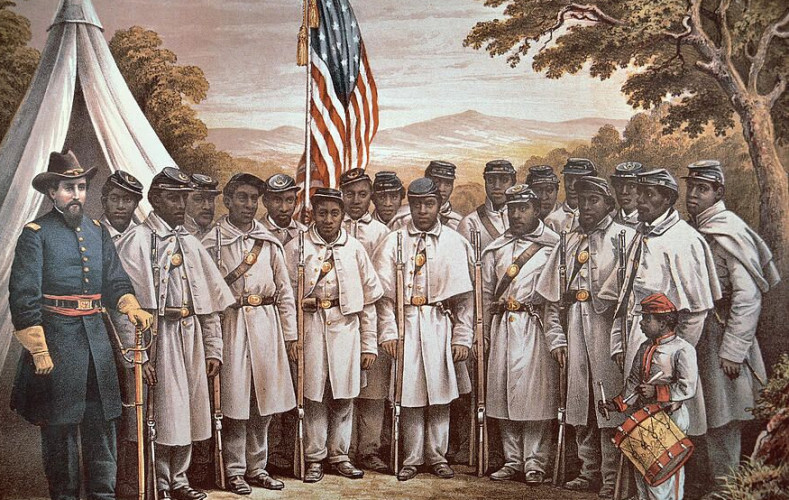 An act to add Section 6718 to the Government Code, relating to Juneteenth National Freedom Day.

Existing law requires the Governor to proclaim various days as holidays and days of remembrance.

This bill would require the Governor to proclaim the 3rd Saturday in June each year as “Juneteenth National Freedom Day: A day of observance,” and would urge the people of California to join in celebrating this day to honor and reflect on the significant role that African-Americans have played in the history of the United States and how they have enriched society through their steadfast commitment to promoting brotherhood and equality.

THE PEOPLE OF THE STATE OF CALIFORNIA DO ENACT AS FOLLOWS:

SECTION 1. The Legislature hereby finds and declares all of the following:
(a) Juneteenth National Freedom Day, also known as “Emancipation Day,” “Emancipation Celebration,” “Freedom Day,” “Jun-Jun,” and “Juneteenth,” was first observed 136 years ago and is the oldest and only African American holiday observance in the United States.

(b) Juneteenth National Freedom Day commemorates the strong survival instinct of African Americans who were first brought to this country stacked in the bottom of slave ships in a monthlong journey across the Atlantic Ocean known as the “Middle Passage”.

(c) Events in the history of the United States that led to the start of the Civil War in 1861 centered on sectional differences between the North and the South that were based on the economic and social divergence caused by the existence of slavery. In 1862, the first clear signs that the end of slavery was imminent appeared when laws abolishing slavery were adopted in the territories of Oklahoma, Nebraska, Colorado, and New Mexico.

(d) In September 1862, President Lincoln issued the celebrated Emancipation Proclamation, warning the rebellious Confederate states that he would declare their slaves “forever free” if those states did not return to the Union by January 1, 1863. Enforcement of the Emancipation Proclamation occurred only in Confederate states that were under Union Army control.

(e) On January 31, 1865, Congress passed the Thirteenth Amendment to the United States Constitution, which abolished slavery throughout the United States and its territories. Spontaneous celebration erupted throughout the country when African Americans learned of their freedom. Juneteenth, or June 19, 1865, is considered the date when the last slaves in America were freed when General Gordon Granger rode into Galveston, Texas, and issued General Order No. 3, almost two and one-half years after President Lincoln issued the Emancipation Proclamation.

(f) Observance of Juneteenth National Freedom Day, a reminder of emancipation, spread from Texas to the neighboring States of Louisiana, Arkansas, and Oklahoma, as well as Alabama, Florida, and California, where many African American Texans migrated. Juneteenth National Freedom Day symbolizes freedom, celebrates the abolishment of slavery, and reminds all Americans of the significant contributions of African Americans to our society.

(g) A growing number of American and African American cultural institutions have sponsored Juneteenth cultural events designed to make all Americans aware of this celebration, including the Smithsonian Institution National Museum of American History in Washington, DC, the Chicago Historical Society, the Black Archives of Mid-America, Inc., in Kansas City, Missouri, the Los Angeles Cultural Center, the Henry Ford Museum and Greenfield Village in Detroit, the Museum of African American Life and Culture in Dallas, Juneteenth America, Inc., of Ontario, California, and the National Juneteenth Observance Foundation. Juneteenth celebrations are a tribute to those African Americans who fought so long and worked so hard to make the dream of equality a reality.

SEC. 2. Section 6718 is added to the Government Code, to read:
6718. The Governor shall proclaim the third Saturday in June of each year to be known as “Juneteenth National Freedom Day: A day of observance,” to urge the people of California in celebrating this day to honor and reflect on the significant role that African Americans have played in the history of the United States and how African Americans have enriched society through their steadfast commitment to promoting brotherhood and equality.
Add Your Comments
Support Independent Media
We are 100% volunteer and depend on your participation to sustain our efforts!