Add an Event
Newswire
Calendar
Features
Home
Donate
From the Open-Publishing Calendar
From the Open-Publishing Newswire
Indybay Feature
Related Categories: International | Media Activism & Independent Media
Military Cooperation in Outer Space between Japan and USA
by Andrew Wong
Monday Nov 8th, 2021 12:41 AM
One cannot but notice that the US high-ranking officials consistently try to instill in the minds of Japanese audience the imminence of near-space militarization. And this certainly is in the context of China's potential aggression. 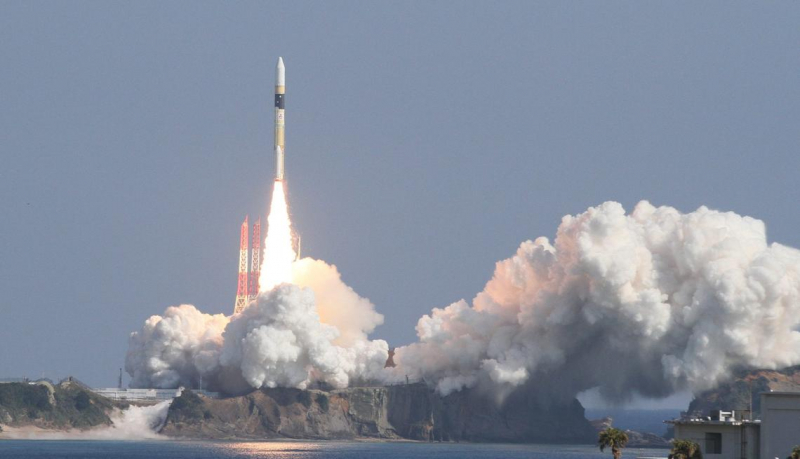 original image (1140x655)
The September Nikkei issue included an interview with Gen. John W. Raymond, the first chief of space operations of the US Space Force. He estimates that constantly growing importance of Near-Earth space "in competitive activity of great Powers" can turn it into a new theater of military operations in the near future.

The US high-ranking military figure mentioned the importance of involving all like-minded nations in "ensuring free and safe space", by linking the stability of the world economy and IT industry to the security and safety of space satellites in orbit. He noted, by way of example, the statement adopted at the end of the NATO summit in June, 2021. He also emphasized that any attack on one of NATO members in the vacuum space would be considered as a challenge to the Alliance, pursuant to article 5 of the Washington Treaty. John Raymond suggested that in conditions of long-standing confrontation with China, it's important that allied relations between Tokyo and Washington continued to be comprehensive and mutually beneficial. And enhancement of the emerging bilateral cooperation between the countries' Space Forces should contribute to achieving this goal.

While talking about conditions and prospects for cooperation with Japanese partners, the US Space Force Chief focused on the need to search together for the answers to Chinese "satellite killers", strike weapons and other ways to disable space vehicles and related equipment. He stressed that at the beginning of potential conflict, China's assault on US space satellites could significantly weaken the combat effectiveness of the US Armed Forces. John Raymond accused China of willfully exploiting bilateral tensions, thus making it difficult to build trust between Washington and Beijing. Standard items included in economic aspects of a trade war with China and 'fraudulent' expansion of China's sphere of influence were cited as arguments.

J. Raymond drew particular attention to the lack of universal rules to regulate behavior of States beyond the Earth. In his view, it delays a solution to the problem of space debris, threatening both military and civil satellite missions. Meanwhile, the US Space Force Chief has stressed that the USA is open to continued close coordination with partners for the development of an international framework for "the safe and professional conduct of space exploitation activities".

There is a sense that the alarmist tone of the statement made by the US high-ranking official aims at forming a certain alliance of two countries for their struggle against Beijing and at preparing the public for bloc and confrontational approaches to the use of near-Earth space. It should be noted that such initiatives are generally supported by Japan's political representatives. The same applies to the Japanese public, as is evident from the results of the opinion polls.
Add Your Comments
Support Independent Media
We are 100% volunteer and depend on your participation to sustain our efforts!