Add an Event
Newswire
Calendar
Features
Home
Donate
From the Open-Publishing Calendar
From the Open-Publishing Newswire
Indybay Feature
Related Categories: East Bay | Media Activism & Independent Media
"Shut Up" Or Speak Out! KPFA Press Conference For Democracy & Transparency
by Labor Video Project
Sunday Oct 10th, 2021 3:17 PM
A press conference was held at Pacifica's KPFA to call for an end to personal attacks on public listeners who are critical of the station management and also the Business Manager Maria Negret who attacked members of the Local Station Board who ask questions about the budget which was only submitted to them hours before the vote. Also KPFA treasurer Sharon "Shut Up" Adams defended her telling listeners to shut up during public comment at the KPFA Local Station Board Meeting 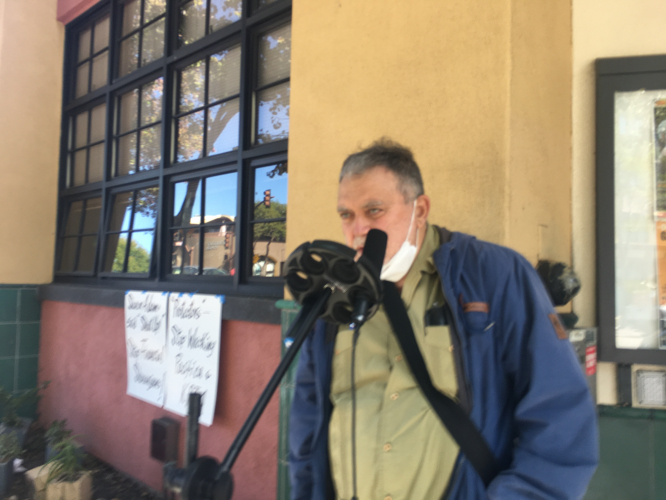 original image (4032x3024)
KPFA and Pacifica are part of the largest alternative media broadcast network in the United States. A press conference was held at KPFA in Berkeley on 10/8/21 to protest that public listeners are being told to "shut up” by the KPFA LSB Treasurer and Local Station Board members are also being personally attacked by the business manager for asking questions about a budget that was only submitted hours before a vote was demanded on it.
Speakers called for more transparency and for the election to be extended so more members would have the opportunity to vote.
Additional media:
Play The KPFA Local Station Candidate Debates On the Air! Youtube Won't Do & Stop Rigging Elections!
https://youtu.be/95PHBEWymrQ
Article Four, Delegates, Section 6: Fair Campaign Provisions
"All candidates for election as a Listener-Sponsor Delegate shall be given equal opportunity for equal air time,
which air time shall include time for a statement by the candidate and a question and answer period with
call-in listeners." (complete text at: https://www.pacifica.org/kewg.org/bylaws/art4sec6.html)
KPFA Business Maria Negret Report To Staff On Failure to Pay Property Taxes
https://www.youtube.com/watch?v=_AhKXQZPFLk&t=322s
KPFA Bylaw Referendum Debate July 2, 2021
https://kpfa.org/archives/2021/7/2/
KPFA Pacifica Local Station Board/Public Discuss On Financial Crisis, Bankruptcy & Governance
https://youtu.be/WsN9lZPQrJs
For more info:
http://www.rescuepacifica.org
Production of
Labor Video Project
http://www.labormedia.net
https://youtu.be/hbHUrLR9Wy0
§Speakers Challenged The Lack of Transparency At KPFA
by Labor Video Project
Sunday Oct 10th, 2021 3:17 PM 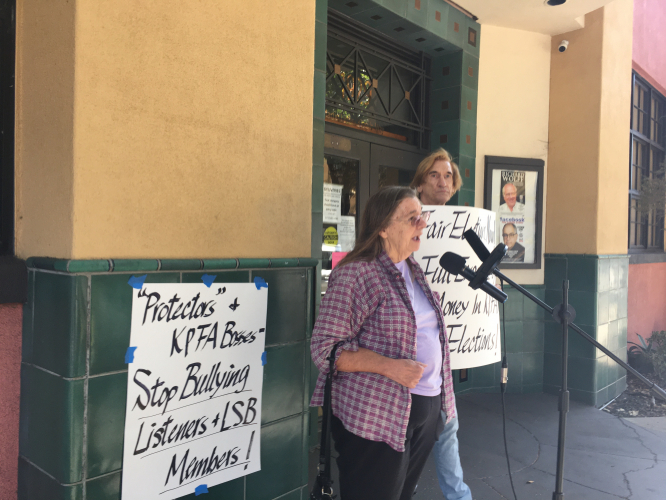 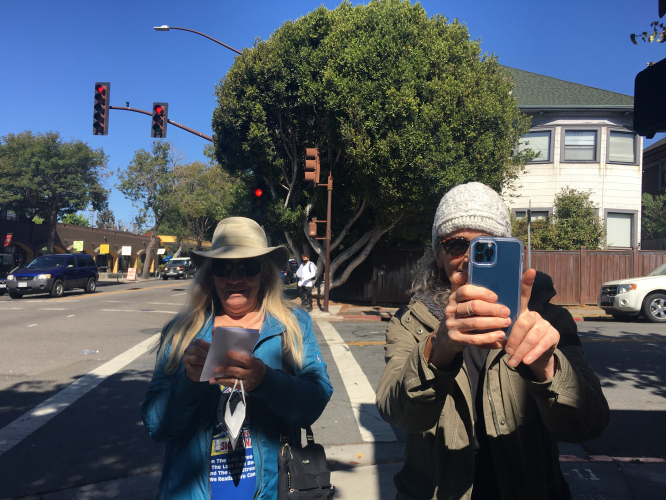