Add an Event
Newswire
Calendar
Features
Home
Donate
From the Open-Publishing Calendar
From the Open-Publishing Newswire
Indybay Feature
Related Categories: East Bay | Global Justice & Anti-Capitalism
Let's Wreck Cars and Save the World
by anonymous
Saturday Sep 4th, 2021 11:08 AM
A look into anticapitalist shenanigans in Oakland, and the lessons learned from an easy operation. 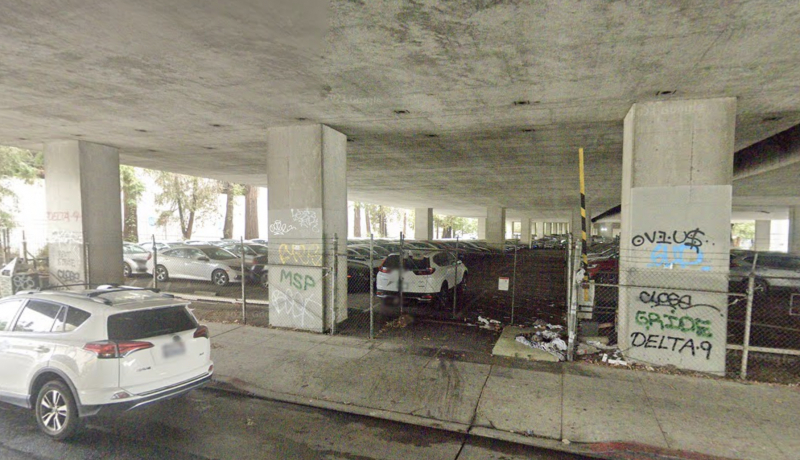 original image (1794x1032)
On this Labor Day weekend, let's celebrate the most wondrous labor of all — the kind that ruins the day of Corporate America instead of letting them line their pockets.

The story begins at the Honda of Oakland storage lot under the 580, where we assembled in broad daylight earlier this week. Did you know that there's a car shortage right now due to our tech overlords shitting their pants? Huh. You wouldn't know it by staring at a stealership packed to the gills with product, which they'll inevitably mark up to rip off working people.

This was unacceptable to our brave vigilantes, who gathered to literally and figuratively declare: Fuck that. It's already bad enough that Turtle Island is overrun with carbon-spewing shitcans, all in the name of some false, grotesque personal liberty, while we careen toward global heat death.

But it's even worse to see people ravaged by the chaos of a market that focuses on revenue instead of human needs.

The modern car is the ultimate symbol of excess disguised as practicality. And the ceaseless need to sell-sell-sell is why our landscape is dotted with useless shit, shined up like a prize. It's a metaphor for civilization, which we find fundamentally pathetic. Society doesn't need to hum like a smooth four-cylinder. It needs to burn like 98-octane fuel. Which is why our heroes jumped the fence and, with Comrade Acetone, took a fat piss on the face of civilized cowardice.

Friends, it feels good to strike our crony overlords in the throat — and inside sources tell us that the owner of that car stealership was furious with the loss of their precious revenue. (And, more importantly, paperwork before Labor Day weekend.)

Nobody noticed, and nobody else cared, which proves an essential lesson: Only YOU can help destablize our exhausted march toward capitalist doom. (That's what Smokey the Bear says, right?) The Bay is full of riches to steal, subvert, and destroy. In order to create the world we need, we must attack the vestiges of the old.

Ruining cars at the source, and hitting capitalist pockets where they're fattest, is one simple step forward. The people in power are so desperate to make us see the good in everything. Let us show the truth of just how bad things have gotten — one (formerly) shiny new car at a time.
Add Your Comments
Support Independent Media
We are 100% volunteer and depend on your participation to sustain our efforts!