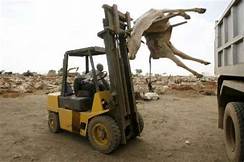 In March 10, 2021 were killed in a Boulder Colorado grocery, 8 in Atlanta massage parlors. In April, there were mass shootings in Indianapolis and Bryan Texas. 266
multiple shootings in 2021 alone in the US. What factors cause this?
What We Ingest:
What we eat and drink and violence: When animals are in agonized pain, terror and anger at slaughterhouses, they secrete adrenaline some of which remains in their murdered flesh even after cooking, affecting action. In addition, artery blocking animal fat can create high blood pressure and frustration, generating anger. American obesity is related to meat and dairy consumption. Obesity also makes people angry.
Antidepressants, Alcohol, Drugs:
Re pills, Atty Leonard Finz was one of the 1st to sue
drug cos. over antidepressants' role in causing homicide and suicide. The FDA put such a warning on bottle labels. We know some are 'angry drunks' because alcohol
releases inhibition. Steroids can make people violent.
Military:
The military teaches young men and women how to kill.
Media:
Some tv shows, 4H, the NRA and parents teach children to stalk and kill animals in the woods. Schools teach students to kill & dissect animals. Analysis of serial killers is that most were taught to kill when young. Children watch as adults smash beehives and exterminate raccoons squirrels and birds in attics. Cop shows depict real handcuffing with guns drawn. TV shows, movies and video games glorify violence.
Racism:
African Americans per capita are shot much more than whites, Latinos, Asians.
Mass shooters:
Mass shooters can be 1. racially motivated or 2. hatred of prostitutes or 3. revenge for perceived insults or 4. mind control pawns 5. even someone upset by a fast food order etc. 97% are male. 97% of all US murders are done by males.
https://en.wikipedia.org/wiki/List_of_mass_shootings_in_the_United_States_in_2021
Add Your Comments
§Accidentally Omitted Violence To Women
by 1st Do No Harm
Friday Apr 16th, 2021 6:32 PM
There is a culture of violence to women which includes rape and other physical violence. It is abuse of those who are usually not as strong physically, and a belief that women are the property of
their husbands or partners.
Add a Comment
Support Independent Media
We are 100% volunteer and depend on your participation to sustain our efforts!