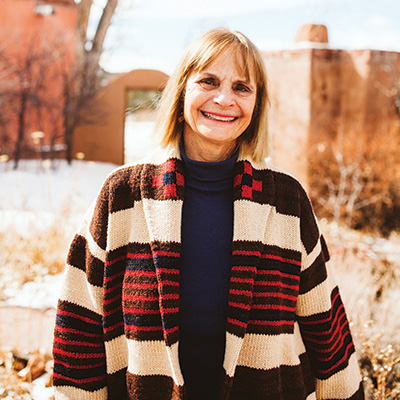 I reviewed all my notes with Anne Hillerman for my interview with her on her new powerful and brilliant novel Stargazer. I had read the advanced copy three times that her publisher Harper-Collins had sent to me for interview with Anne. I reviewed the story board one last time, being pretty certain that my questions for my interview with Anne were both timely and pretty good questions for one of America's greatest mystery writers who is always on the New York Times Best Seller List. Here is a pretty good description of of the story outline from Stargazer.

What begins as a typical day for Officer Bernadette Manuelito—serving a bench warrant, dealing with a herd of cattle obstructing traffic, and stumbling across a crime scene—takes an unexpected twist when she’s called to help find an old friend. Years ago, Bernie and Maya were roommates, but time and Maya’s struggles with addiction drove them apart. Now Maya’s brother asks Bernie to find out what happened to his sister.

Tracing Maya’s whereabouts, Bernie learns that her old friend had confessed to the murder of her estranged husband, a prominent astronomer. But the details don’t align. Suspicious, Bernie takes a closer look at the case only to find that nothing is as it seems. Uncovering new information about the astronomer’s work leads Bernie to a remote spot on the Navajo Nation and a calculating killer.

The investigation causes an unexpected rift with her husband and new acting boss, Jim Chee, who’s sure Bernie’s headed for trouble. While she’s caught between present and past, Chee is at a crossroads of his own. Burdened with new responsibilities he didn’t ask for and doesn’t want, he must decide what the future holds for him and act accordingly.

Can their mentor Joe Leaphorn—a man also looking at the past for answers to the future—provide the guidance both Bernie and Chee need? And will the Navajo heroes that stud the starry sky help them find justice—and the truth they seek?

"I found that in your new novel you have incorporated very important elements from Indian Country such as Historic Trauma and Missing and Murdered Indigenous Women. What inspired you to bring these important current events into your novel 'STARGAZER'? "

" The issue of missing/murdered Native women is extremely disturbing to me and I think another example of how our nation has a lot of work to do in terms of equity. It has long bothered me and I thought it might help to call attention to the issue in my novel."

" I agree with you that those star ceilings are fascinating.
I did some on-line research and also talked to some archaeologists about them. The idea of the star ceilings just came to me as I worked on that confrontation scene.
I'd like to say I was smart enough to plan it, but no, it was a gift from the source of all good things! I am enormously grateful for the inspiration. Sometimes, the imagination has a life of its own."
"I am far from an expert on this, but I would say yes.
Black God who in Dine is known as Haashch eeshzhini, the Fire God."

"What were some of the challenges you faced when you were writing 'STARGAZER'?"

" One big challenge for me with Stargazer was the actually geography. It's a long drive from Shiprock to the Socorro and then to the community of Alamo and the Very Large Array Radio Telescope facility. I had to figure out if I wanted to do something in terms of the story with that time or just ignore it.
As it turned out, I enjoyed writing about that beautiful landscape, and creating scenes in which Bernie uses that time for an interview and some phone calls that move the story along."

" I also enjoyed learning about the Alamo community and the Very Large Array Radio Telescope facility and the interesting work they do. And my research trips to that beautiful part of New Mexico. I love the whole process of writing because it teaches me so much about so many things."

"What inspired you use the VLA as the backdrop to your new novel?"

"My decision to include the VLA was prompted by my own love of the night sky and by geography. The research facility is near the Alamo Navajo reservation where many chapters of Stargazer unfold."

" Tell me more about the conflict Bernie has about possibly becoming a detective? "

" Bernie's conflict at trying to become a detective revolves around two issues: Her love for the variety that being on patrol offers and her hesitancy to move to a part of the profession which would involve more travel and nights away from Chee and Mama."

"With Chee temporally taking over Capt. Largo's position, will Chee eventually replace Largo when he retires and if he does how will it affect Bernie and Chee's marriage in the future? "

" This is an excellent question. As the person with the most seniority at the substation, it would make sense for Chee to be offered that job when Largo retires. However, as you know from the book, Largo himself is disinclined to recommend Chee for the job and Chee has discovered that he really dislikes the political and bureaucratic problems that come with
law enforcement management."

"We see the tension between Chee and Bernie, they were both having a challenge since Chee is now her boss at work. However, she is the boss of their marriage. So, there is a new set of problems for them to deal with."

" What did you enjoy most about writing and working on STARGAZER?

" When I reviewed the first draft, I started to make it more
poetic.I sharpened up the story and dialogue. I really liked the character Junior in my novel. He faced so much tragedy and going through all that he went through and he still came out on top of everything!"

" I would wake up each morning having my coffee, knowing I would go back to my characters that I love so much. I really enjoyed the time to develop my characters more! It was such joy and challenge to write without an outline. If I used an outline, why bother to write a book? I already know what will happen."

"I started STARGAZER on the premise of liars and lying.
He we would react if somebody we know was doing something
out of character. As example, Bernie knew Maya was lying.
She knew because Bernie and Maya have a history together."

"Many people view you as an international mystery writer.
How do you see yourself?"

" I view myself as a person who has been given an excellent opportunity. It presents the opportunity to learn more when I write my novels. People who loved my dad's books, gave my books a chance too.