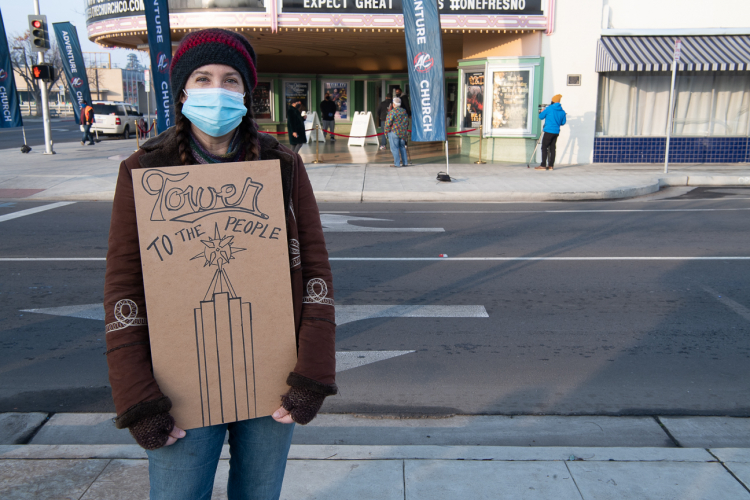 original image (1296x864)
The Tower Theatre may be sold to the conservative Christian Adventure Church, and Tower District neighbors are protesting the sale. Around fifty came out to an action Sunday morning, January 10. To the protesters the theater is more than a landmark. As the Fresno Bee reported the previous week, “Built in 1939 (and restored in 1990) the 700-plus seat 20,000-plus square-foot theater … quickly become the keystone of what would become the Tower District.” The Tower District is known for its art galleries, cafés and restaurants.

The theater is owned by the Abbate family, who are selling it for around $6 million. The sale is in escrow. To operate it as a church would require rezoning, which would prohibit alcohol sales within a thousand feet of the church. That would shut down the FAB nightclub and prevent sales of beer and wine at several restaurants. City Councilman Miguel Arias warned, “This would be the most significant change in land use in Tower District history.” Facing an uphill rezoning effort, the Adventure Church now says shows would be the main use of the Theatre, and church services would be “incidental.” They are now holding services at the Theatre, despite COVID-19 restrictions.

Organizer Laura Splotch told the Community Alliance at the protest: “I just invited my neighbors to come out and show our support for the Tower in a peaceful gathering. We don't want the Tower Theatre to be controlled in a way that's not conducive to the whole neighborhood. These are the people [of the] Tower. We’re the entertainers. We're the promoters. We're the people that go to shows. We're the people that love this Tower neighborhood. And if this happens, if they get it rezoned, it's going to change. You know, nobody can sell beers or do their shows. It's going to turn into a disaster area. It'll be horrible for the neighborhood.” 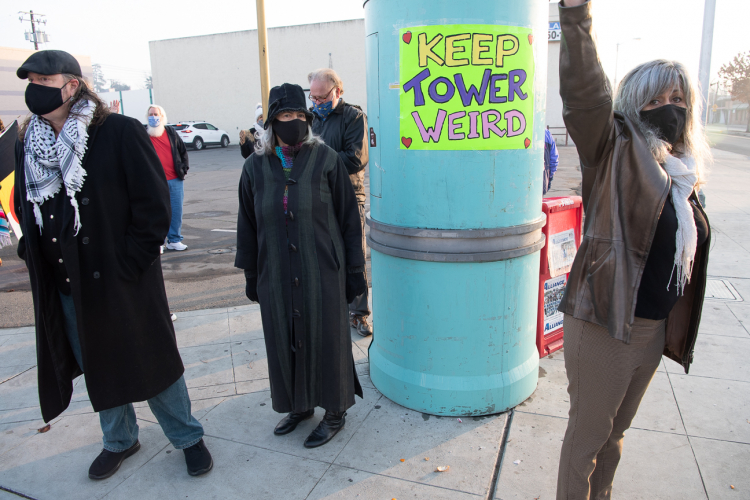 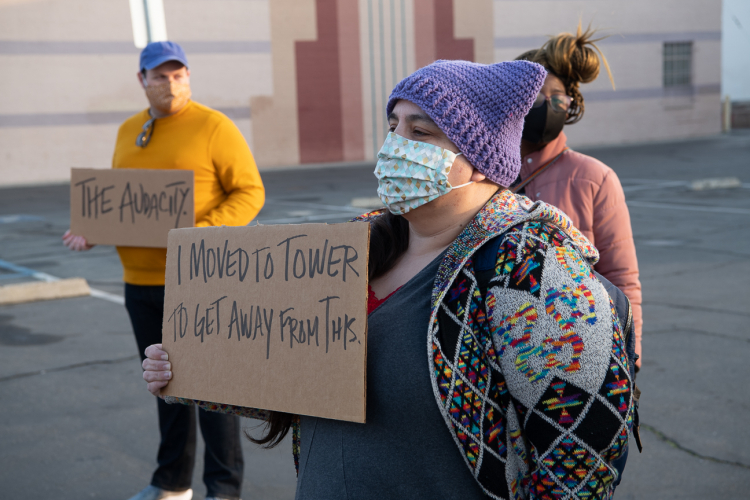 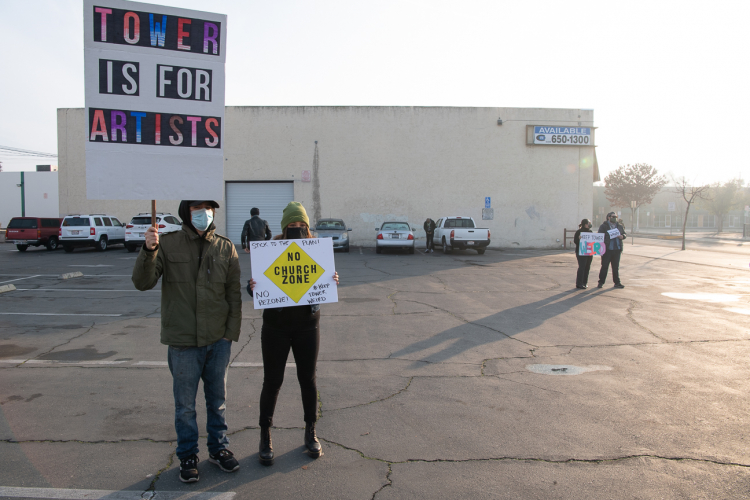