Add an Event
Newswire
Calendar
Features
Home
Donate
From the Open-Publishing Calendar
From the Open-Publishing Newswire
Indybay Feature
Related Categories: East Bay | Media Activism & Independent Media
KPFA LSB Debate On Lawsuits, Receivership & Take-overs
by WorkWeek
Sunday Dec 20th, 2020 9:56 AM
A debate was held on the lawsuit secretly filed by KPFA LSB chair Christina Huggins, KPFA LSB members Andrea Turner, Donald Goldmacher and Craig Alderson to have all the assets of Pacifica taken over by a judge.
This was done without informing the KPFA Local Station Board by the chair and the supporters of this legal action for a judge to take over the control of the finances of Pacifica. The same forces previously tried to support putting Pacifica into voluntary bankruptcy and the illegal shutdown of WBAI in New York. 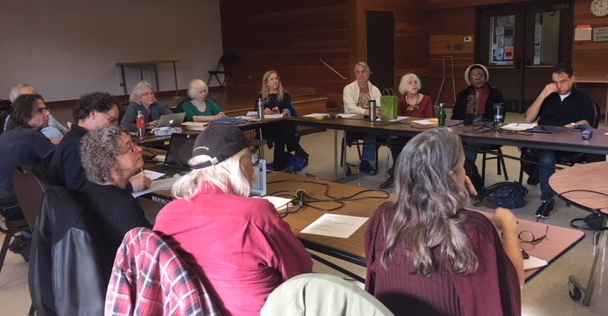 This is part of the pubic comment and debate at the KPFA LSB on December 20, 2020 on the lawsuit filed by KPFA LSB chair Christina Huggins, KPFA LSB members Andrea Turner, Donald Goldmacher and Craig Alderson.
The first speaker is Tracy Rosenberg of Media Alliance and a link to her website is at https://pacificainexile.org/archives/9895

The following was the motion that was presented.
MOTION TO CONDEMN THE EFFORT PUT PACIFICA INTO RECEIVERSHIP
WHEREAS, On December 8, 2020, Andrea Turner, Donald Goldmacher, Christina Huggins and Craig Alderson petitioned the
Los Angeles Superior Court to place Pacifica Foundation into a court-appointed receivership and thereby attempted to deprive
its Members of their voting rights

WHEREAS, had said action been successful, it would have bypassed the bylaws process, which requires that “Members shall
vote on any proposed amendment” to change the bylaws which “… (v) materially and adversely affect a Member's rights as to
voting or transfer.” (Article 17, Section 1)

WHEREAS, said Court actions caused Pacifica Foundation both direct financial harm through court costs, and indirect financial
harm through the alienation of Members by demonstrating dysfunctional behavior by LSB delegates and PNB directors who
failed to operate through proper bylaw procedures, who failed to provide proper notification to the PNB directors of said actions
that directly impacted

THEREFORE BE IT RESOLVED, That the KPFA Local Station Board condemns the actions of Andrea Turner, Donald Goldmacher,
and Christina Huggins which were adverse to the best interests of the Foundation, when they attempted to place the Pacifica
Foundation into a receivership, an action which would materially and adversely affect a Member's rights as to voting or transfer
of Pacifica assets, and asks the Pacifica National Board to remove Andrea Turner, Donald Goldmacher, and Christina Huggins
from the KPFA LSB for their actions.
Additional media:
Rally At KPFA To Defend WBAI From Shutdown By Pacifica Faction
https://youtu.be/uyRrgN7JP08
KPFA Rally On Taxes, Bylaws & Support For WorkWeek Radio
https://youtu.be/NFR0gPXjTWw
The Attack On WBAI & "Pacifica Across America”
https://youtu.be/lyamU2dvvtU
Layoffs and Canceled Shows at WBAI-FM, a New York Radio Original
https://www.nytimes.com/2019/10/07/business/media/wbai-pacifica-layoffs.html
SUPREME COURT OF NEW YORK STOPS PACIFICA'S ATTACK ON WBAI
https://popularresistance.org/supreme-court-of-new-york-stops-pacificas-attack-on-wbai/
New York-based WBAI radio abruptly shuts down
https://nypost.com/2019/10/07/new-york-based-wbai-radio-abruptly-shuts-down/?fbclid=IwAR2Y0ueaccc8hKAe0TA-3Rz9vCd7aqaR2YMXmt9FPa5jgxjFd-QYB_2Jqxc
CONTEMPT filed for in NY State Supreme Court Against Pacifica Foundation Officers
The staff of WBAI re-entered the WBAI studios at 388 Atlantic Avenue, in Brooklyn, New York, shortly thereafter and found the station office in shambles.
https://iapps.courts.state.ny.us/fbem/DocumentDisplayServlet?documentId=MismQ7u0AA82W5_PLUS_vdNPK7w==&system=prod
The Crisis in Pacifica and KPFA "What Is Going On At Pacifica"?
https://www.youtube.com/watch?v=bcGuunuPKhw&t=111s
https://soundcloud.com/workweek-radio/12-2...
§KPFA Chair Christine Huggins Filed Secret 800 Page Lawsuit
by WorkWeek
Sunday Dec 20th, 2020 9:56 AM 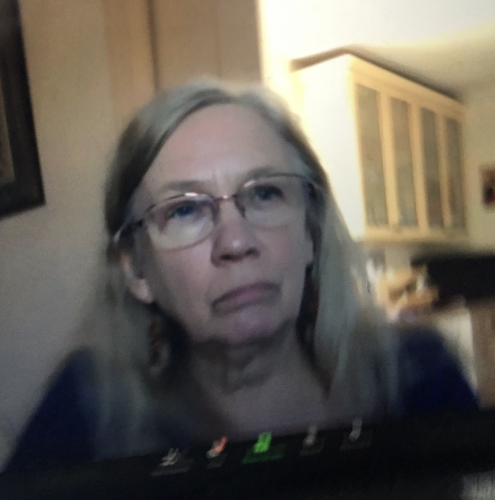 original image (2392x2415)
Former CWA official representing the KPFA paid staff who is now the KPFA Local Station Chair secretly filed an 800 page lawsuit with others for a judge to take over the assets of Pacifica.
https://soundcloud.com/workweek-radio/12-2...
§KPFA LSB MemberDonald Goldmacher Supported Secret Lawsuit To Put Pacifiica In Receivership
by WorkWeek
Sunday Dec 20th, 2020 9:56 AM 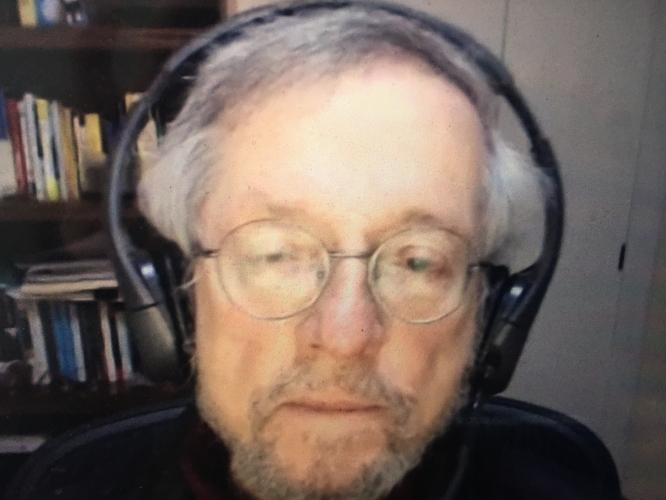 original image (4032x3024)
Psychiatrist and KPFA Local Station Board Member Donald Goldmacher has pushed for Pacifica to go into bankruptcy and is now pushing for a court to take-over Pacifica.
https://soundcloud.com/workweek-radio/12-2...
§KPFA LSB Treasurer & Lawyer Sharon Adams
by WorkWeek
Sunday Dec 20th, 2020 9:56 AM 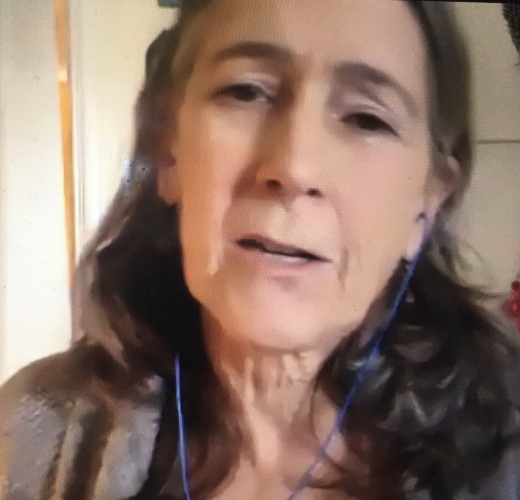 original image (2952x2838)
KPFA LSB Treasurer and East Bay lawyer Sharon Adams has supported the voluntary bankruptcy at Pacifica and supported the present Chair Christine Huggins who filed the lawsuit without informing the Local Station Board of her actions.
https://soundcloud.com/workweek-radio/12-2...
Add Your Comments
§Pacifica Director’s Report for December 2020 by Grace Aaron & Financial Crisis Of KPFK
by repost
Sunday Dec 20th, 2020 11:57 AM 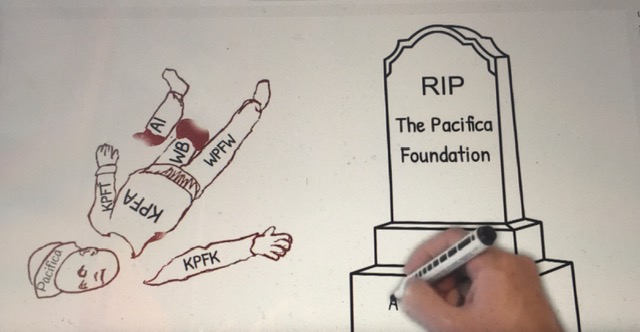 
Serious revenue declines threaten the future of KPFK and Pacifica. Membership, listenership and income have been decreasing over many years as well as per day fund drive totals. This has been masked by lengthening fund drives and by greater and greater dependence on premiums not directly related to our programming. We are now at a crisis point. We are spending much more than we make.

On June 11, 2020 the Pacifica National Board agreed that expense cuts of at least 30% at KPFK were urgently needed and directed the KPFK GM and the Pacifica interim Executive Director to make those cuts as soon as possible. Although expense cuts of between $200,000 and $250,000 have been made, these cuts have not been adequate.

* Anita Sims, Pacifica Interim Chief Financial Officer, estimates that KPFK will spend $115,000 more than it brings in in income this month (December) and may not have enough money to meet its next payroll.

* KPFK has had to borrow funds from other stations and units to meet its payroll several times in the last few months.

* Mr. Fields also stated that KPFK income dropped by $1 million between the last fiscal year and the fiscal year that just ended on September 30, 2020. Income declined from 3.7 million to $2.7 million.

* KPFK owes over $300,000 to the National Office which imperils the entire Network. Pacifica owes NETA, the accounting firm that takes care of our financial reporting, about $200,000. This could mean that NETA will not be able to continue their work for us because they will be unable to pay their own staff. This would mean that our Audits, tax returns and other financial reports will not be done which could jeopardize our nonprofit status and violates the terms of our $3.2 million loan.

Pacifica no longer has reserves to cover KPFK shortfalls.

KPFK has a narrow window of time to maintain its independence. All efforts to improve KPFK income have either failed completely or been inadequate to make up for revenue declines. If action is not taken to reduce expenses immediately drastic measures very damaging to KPFK may take place.

Sharon Adams, KPFA Treasurer, stated at a recent National Finance Committee Meeting that any station that can’t pay its bills should lay off all of its staff and become a ‘repeater’ station.

I strongly urge you to read the June 11th motion that was approved by the National Finance Committee and then adopted unanimously by the Pacifica National Board and support its implementation:

Whereas: Currently the National Office has over $500,000 in
outstanding payables. We owe NETA $206,000 currently as of June.

KPFK was unable to make its payroll in mid-April. About $45,000 had to be taken from an Affiliate Program bank account to make that payroll.

The KPFK Business Manager stated that this decline had very little to do with the Coronavirus epidemic as these numbers are mostly from before the lockdown.

In the last 2 months KPFK's income has declined precipitously. KPFK is currently bringing in only half the income necessary to meet its expenses. This means that KPFK is not able to make Central Service payments currently, is backlogging bills and is having trouble meeting its own payroll. KPFK's monthly expenses are about $300,000. KPFK's income has only been $150,000 per month for the last 2 months.

It is unclear as to whether Pacifica will receive any emergency stimulus loans or if there will be any other significant influx of revenue sufficient to make up for the heavy loss of KPFK Central Service payments.

We have no reserves. If our financial situation deteriorates any further we may be forced to sell one of our buildings.

Therefore, be it resolved that significant expense cuts be made at KPFK as soon as possible. These cuts should be at least 30%. Expenses must be less than income as there are no resources to cover any shortfalls.

Further, all units (excluding the National Office) should provide a plan within 1 week to the NFC, the PNB, the Management Team and the iED that balances expenses and revenues if the units in the preceding six months have had expenses that exceeded revenues. (ie, if a station's expenses are exceeding its income by 10% the plan should show an expense decrease of 10%.)
As KPFK is currently running a $150,000 per month deficit, it is
absolutely urgent that expense cuts be made immediately at that station.
Other fundraising plans should be encouraged, but they would not be able to cover shortfalls of that magnitude. Thus, substantial expense cuts are unavoidable.

In peace,
Grace Aaron, outgoing Pacifica National Board Director
(It has been my pleasure to serve on the Pacifica National Board for the last 5 years with many wise and dedicated Directors from our 5 stations and Affiliates. I resigned from the local and National Boards this week as our Bylaws prevent me from serving more than 5 consecutive years and resigning a little early gives me the option of running for the Board again next year.)