Add an Event
Newswire
Calendar
Features
Home
Donate
From the Open-Publishing Calendar
From the Open-Publishing Newswire
Indybay Feature
Related Categories: U.S. | Police State & Prisons | Racial Justice
A statement from WeCopwatch on current Anti Police protests and rebellions in the US.
by WeCopwatch
Tuesday Jun 2nd, 2020 10:32 AM
The videotaped killing of George Floyd and the cries “I can’t breath” have shown us once again the power and limitation of Copwatching as a deterrent to police violence. 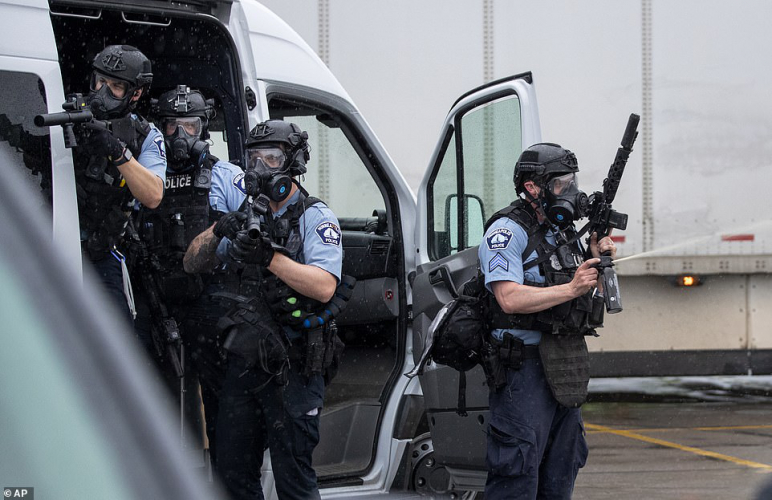 original image (962x623)
As protests and rebellions spread across the nation people need to consider the dangers of how they use their phones in the moment and the impact it can have later.

Live streaming is a great way to feed intelligence realtime to the police. These images capture the identities of and location of people who may be simply exercising their rights, but can be used to aid officers in strategizing targeted or mass arrests. These videos can also be used as evidence later against people

1. Our phones are also tracking us. They have always been tracking us. But with a national emergency declared due to Covid-19 the gloves are already off and surveillance state is in full effect. Phones are being used to track movements realtime, and can be used to connect people to incidents and areas regardless of what they were or weren’t doing. They also will show that people were out in public in violation of curfews.

2. Because streams and phones in general are and will be used against the public we must consider the value and danger of cellphones during these protests which is why we encourage people to only Film the Police or leave them home all together.

If you are out to Film the Police consider filming:

1. The time, date, location of police action.
2. The identity of the officers present, their name and badge numbers if visible and the departments they are employed by.
3. The officers dawning lethal and less-lethal weapons.
4. The officer that are in charge.
5. Anything and everything the police are doing whether it is their movements, orders, actions, or acts of violence.
6. If you have police abuse consider how you release it. Your videos can be used to get people’s charges dropped and can be used as evidence. But your evidence loses power when you broadcast it live and allow the police to write their use of force reports around your video.
7. Get your video to victims. If you film abuse, be sure to try to get the video to the person abused, or the National Lawyers Guild if there is one in your area.

1. Don’t film people.
2. Don’t broadcast locations and movements as the police will use your videos realtime to quell public gatherings.
3. Don’t follow self proclaimed leaders of groups with bullhorns.
4. The power of this movement is all of you being guided by your hearts, and working together to make the world a better place and listen to those most impacted.
5. Don’t settle for compromises and reforms offered by the police or organizations.

We must move beyond demands for police reform and consider the real notion of abolishing both the police and the prison industrial complex.

Police are the descendants of strike breakers and slave patrols and we need to create institutions of justice that don’t involve threats, violence, and cages. Envision the world you want to live in, and act now to create it. And always Film the Police.

Be safe out there. WeCopwatch

https://wecopwatch.org/a-statement-from-we...
Add Your Comments
Support Independent Media
We are 100% volunteer and depend on your participation to sustain our efforts!