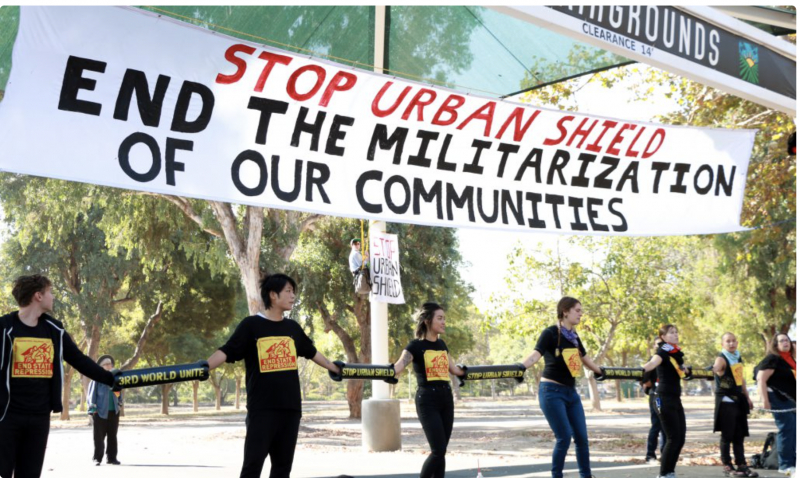 original image (1804x1078)
In a May 30 article in The Nation, author Ken Klippenstein writes in an exclusive that the military is monitoring protests in 7 U.S. states and that a National Guard member says troops are ill-equipped to respond to civil unrest. The states named in a Defense Department situation report obtained by the publication are Minnesota, New York, Ohio, Colorado, Arizona, Tennessee, and Kentucky.

Another document obtained by The Nation dated May 29 states that National Guard members have been authorized for weapon status red, meaning magazines loaded but safety on. Author Ken Klippenstein writes that, "The document seems particularly concerned with not just harm to civilians but also potential damage to property, to which it refers several times."

On May 30, Minnesota Governor Tim Walz announced that he is fully mobilizing the Minnesota National Guard. In addition, President Trump is reportedly considering deploying active-duty military.

https://www.thenation.com/article/society/...
Add Your Comments
Support Independent Media
We are 100% volunteer and depend on your participation to sustain our efforts!